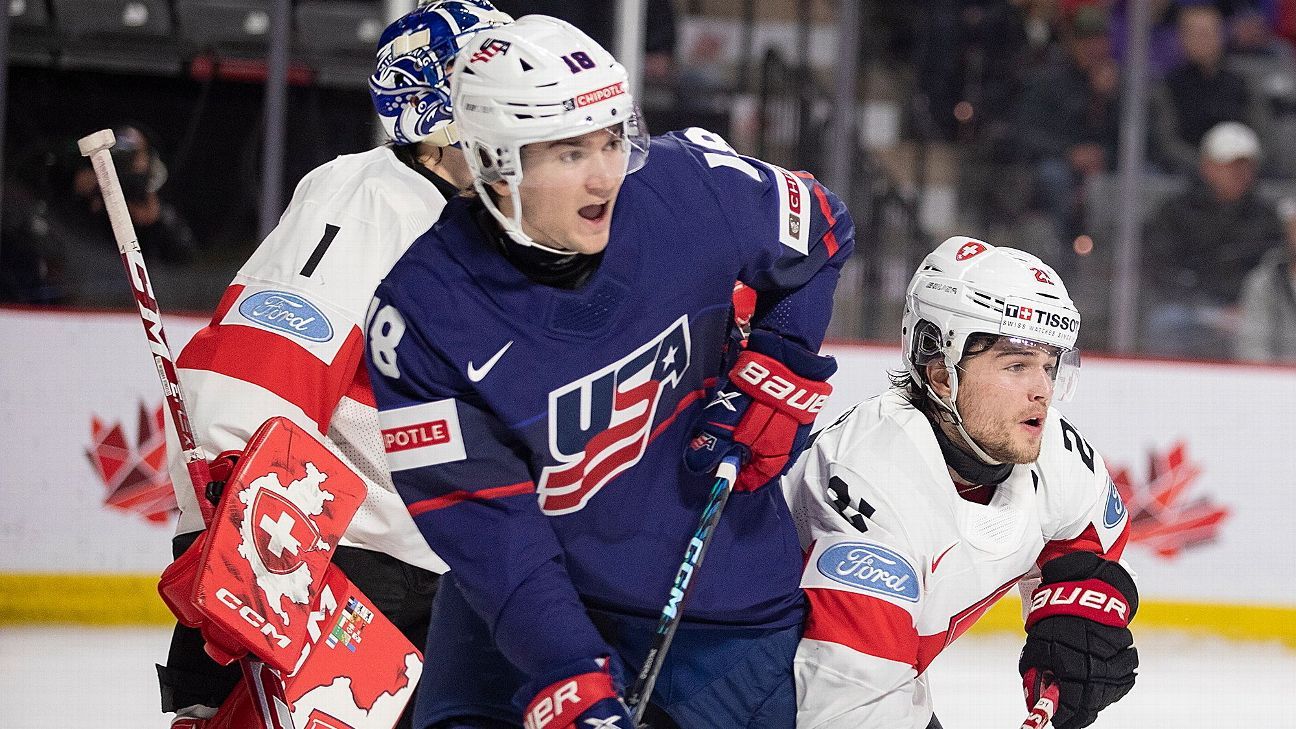 Logan Cooley had a goal and an assist, captain Luke Hughes and Tyler Boucher also scored, and Trey Augustine made 18 saves. Coming off a 6-3 loss to Slovakia on Wednesday, the Americans improved to 2-1 in Group B.

“I really liked the way we bounced back tonight,” said U.S. coach Rand Pecknold of Quinnipiac. “We did a good job on the forecheck and generated a lot of zone time.”

In the first game of the day at Avenir Centre, Finland beat Latvia 3-0 to keep the Group B lead with two victories and an overtime loss. In Group A in Halifax, Nova Scotia, Sweden beat the Czech Republic 3-2 in overtime to remain in first, and Canada routed Austria 11-0 in the night game.

Cooley set up Minnesota teammate Snuggerud for the opening goal with a quick back pass.

“It’s pretty special,” Snuggerud said. “He’s given me a lot of those in my career. But I’m pretty fortunate to have him on my line. It was a cool play.”

The United States will finish group play Saturday against Finland.

Jani Lampinen made 31 saves for Finland against Latvia. Jani Nyman had a goal and an assist, and Niko Huuhtanen and Konsta Kapanen also scored.

“I think we played great,” Lampinen said. “They didn’t get to come to the middle and score there. We just boxed them out to the sides and let them shoot from there. So that makes my game a little bit easier. And great backchecking too.”

In Halifax, Ludvig Jansson scored his second goal of the game at 1:35 of overtime to lift Sweden past the Czech Republic.

“We just wanted to keep it simple and work hard between the blue lines because they’re dangerous on turnovers,” Swedish defenseman Adam Engstrom said. “We wanted to get in on the forecheck, keep our structure in the defensive zone, and we knew it would be fine.”

David Jiricek and Jiri Tichacek scored for the Czechs as Tomas Suchanek stopped 21 shots. They opened with victories over Canada and Austria.

In Canada’s blowout victory, Connor Bedard had two goals and four assists. The 17-year-old forward tied Jordan Eberle for the Canadian record with his 14th goal in the event.

“I’m another player on the team,” said Bedard, the Regina Pats star expected to the first pick in the NHL draft. “We’ve got so many guys that are special players. I’m just here as one of the guys.

“And obviously trying to contribute.”

Logan Stankoven added a goal and three assists, and Benjamin Gaudreau made 12 saves.

After a frustrating Australian Open exit, Coco Gauff looks to the future
Is Brock Purdy a lock to start at QB for the 49ers in 2023 — and beyond? Here’s everything we know
Watch: Suryakumar Yadav’s Mysterious Gesture After Rohit Sharma’s Ton Leaves Fans Puzzled
Canadiens’ Caufield out remainder of the season
Ingram nets 13 in long-awaited return for Pels