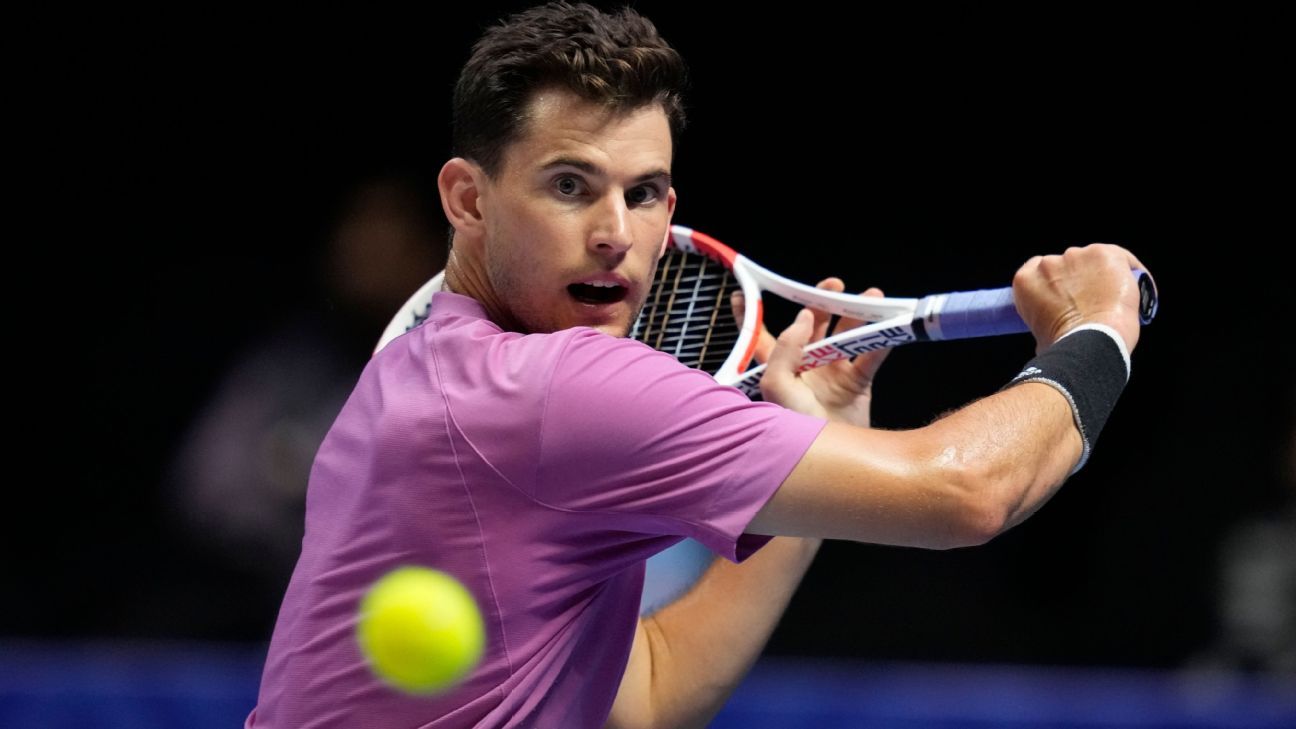 MELBOURNE, Australia — Former U.S. Open champion Dominic Thiem was given a wild card into the main draw of next month’s Australian Open after his successful return from a right wrist injury, it was announced.

Thiem has played strongly in his return to the tour after the wrist injury sustained during the 2021 grass-court season sidelined him for nine months.

In the second half of 2022, the Austrian player rose from outside the top 350 to world No. 102. He won 22 of his last 33 matches — including semifinals at ATP events in Gstaad, Gijon and Antwerp — but he still narrowly missed directly qualifying for the Australian Open main draw.