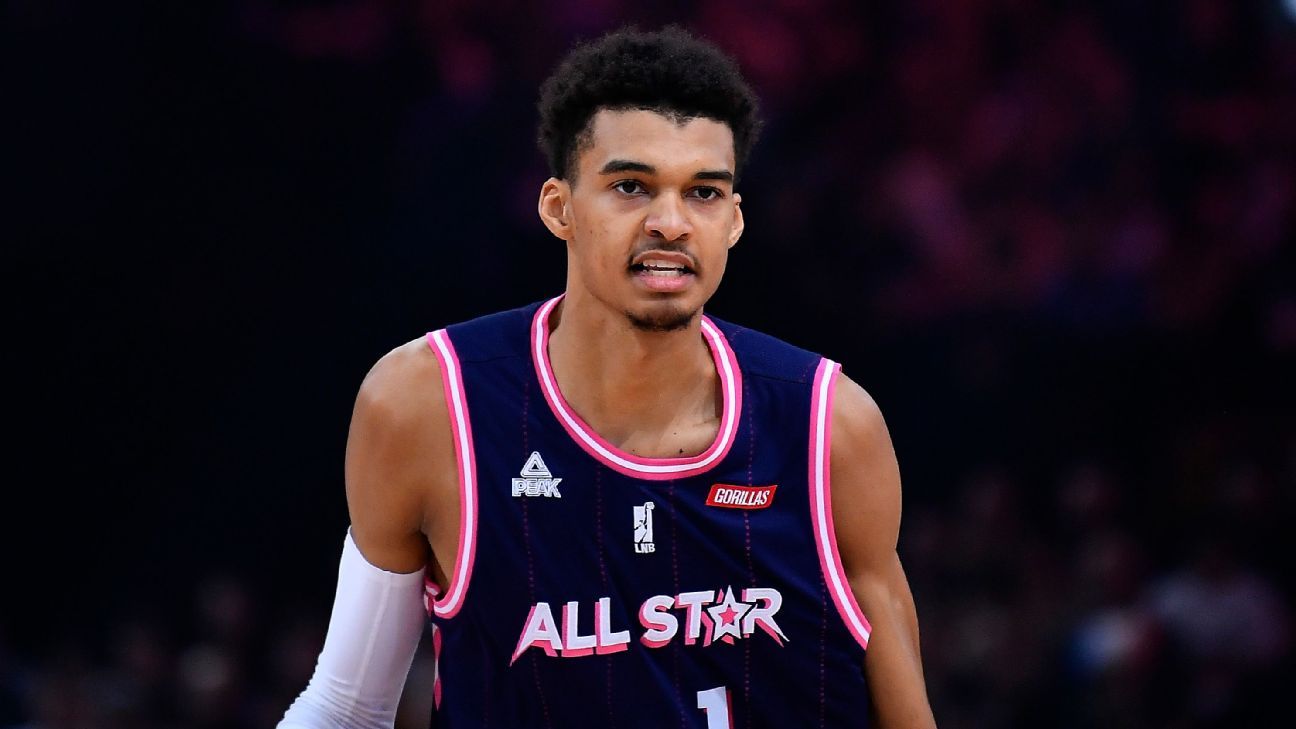 The 18-year-old Wembanyama finished with 27 points, 12 rebounds and 4 assists Thursday night as the All-Star France team won 136-128 against the All-Star World team — an annual contest between French and non-French players in the French LNB.

The 7-foot-3 Wembanyama is considered the likely top pick in the 2023 NBA draft in June and is a near-certainty to be the first top-five draft pick from France.

In the two months since his jaw-dropping performances in two exhibition games in Las Vegas, “Wembamania” has swept France with sold-out games whenever he plays for Paris-based Metropolitans 92.

Wembanyama leads the French league with averages of 22.9 points and 9.6 rebounds per game. And those are his final numbers as an 18-year-old. He turns 19 on Wednesday.

He hit a purple patch from early November to early December with a streak of four consecutive 30-or-more-point games.

Wembanyama’s international career got off to a good start, and he is 2-0 with Olympic silver medalist France, with 39 points scored and 13 rebounds in those two games.

France plays Lithuania and the Czech Republic in February.

UFC tightens gambling rules, hires integrity firm
Interim U.S. boss Hudson: ‘Not a nice situation’
Eagles’ offense fires on all cylinders in first half vs. Giants
Chasing history in Boston: The numbers behind the Bruins’ wild 2022-23 season
“Not Every Test Batsman Needs To Be A Big Hitter”: Sachin Tendulkar To Cheteshwar Pujara On Birthday