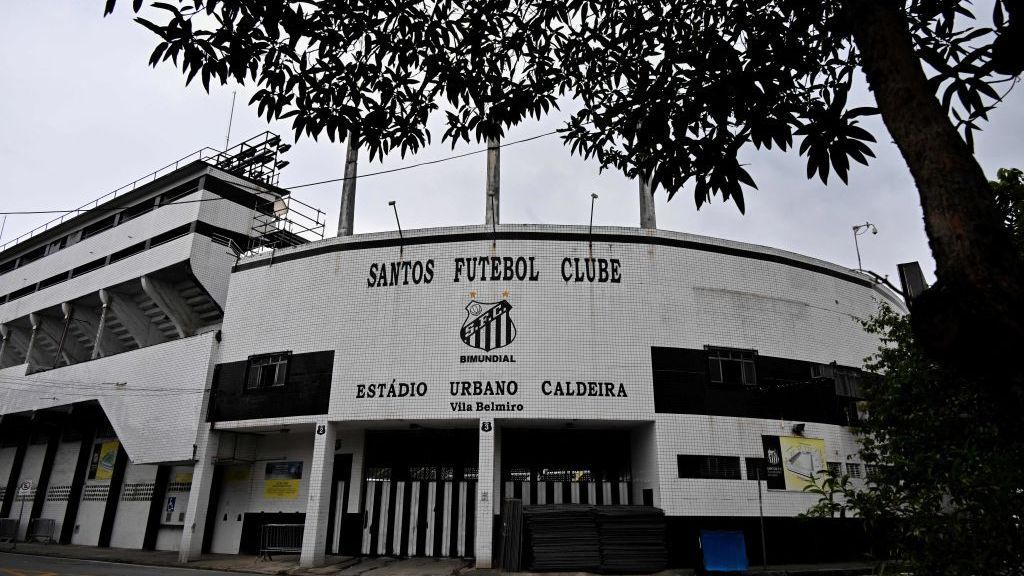 The stadium where Brazil soccer great Pele played some of the best matches of his career will also hold his funeral on Monday and Tuesday.

Santos, the club where Pele played in Brazil, said in a statement the public will be able to pay their final respects at Vila Belmiro Stadium in the state of Sao Paulo.

Pele, whose full name was Edson Arantes do Nascimento, died Thursday after a long battle with cancer. He was 82.

– Marcotti: Pele was benchmark for all the sport’s greats
– Pele’s top teammates, from Garrincha to ‘Dream Attack’

The government of President Jair Bolsonaro, who leaves office on Sunday, declared three days of mourning, and said in a statement that Pele was “a great citizen and patriot, raising the name of Brazil wherever he went.”

Bolsonaro’s successor, President-elect Luiz Inacio Lula da Silva, wrote on Twitter that “few Brazilians carried the name of our country as far as he did.”

Santos said the coffin carrying the three-time World Cup champion will leave Albert Einstein hospital in Sao Paulo early Monday morning and will be placed in the center circle of the field.

Visitation will start Monday at 10 a.m. and finish the next day at the same time.

Pele’s casket will be carried through the streets of Santos and will pass in front of the home of his 100-year-old mother, Celeste. Recent reports in Brazilian media say Pele’s mother cannot leave her bed and is not lucid.

The burial will take place at the Memorial Necropole Ecumenica, a vertical cemetery in Santos. Only family will attend.

Pele has a home in Santos, where he lived most of his life, and spent his last years in the city of Guaruja.

– Photo Gallery: Pele’s playing career and life in pictures
– Farewell to ‘the King’: Soccer world reacts to death of Pele

Pele had a colon tumor removed in September 2021. Neither his family nor the hospital have said whether it had spread to other organs. He returned to the Albert Einstein hospital on Nov. 29 with COVID-19 and a respiratory infection.

Last week, the hospital said in a statement his cancer had advanced.

Pele led Brazil to World Cup victory in 1958, 1962 and 1970 and remains one of the team’s all-time leading scorers with 77 goals. Neymar tied Pele’s record during this year’s World Cup in Qatar.

Information from Reuters and the Associated Press was used in this story.