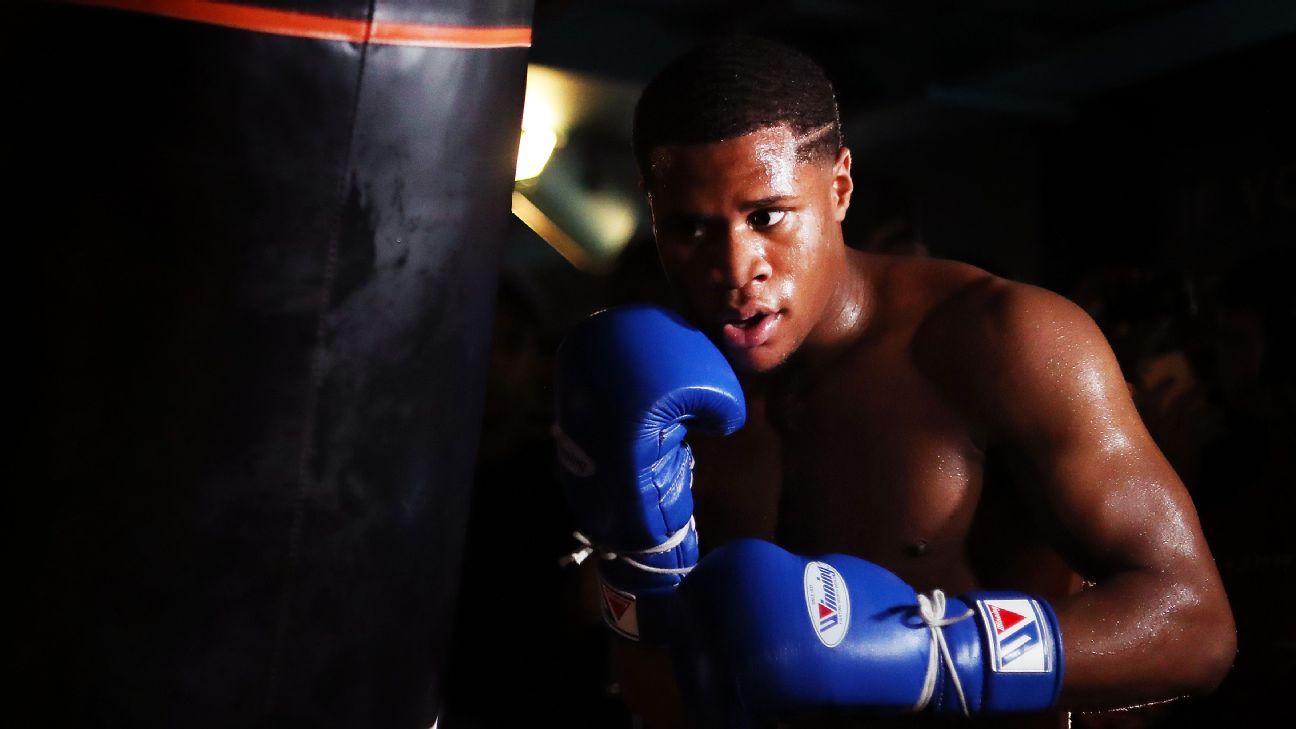 With the boxing calendar coming to a close, many of the most anticipated fights this year collapsed during negotiations. There were failed talks to match Tyson Fury with Anthony Joshua, and Errol Spence Jr. with Terence Crawford.

The lack of activity for most of the top fighters in the sport was equally frustrating. Spence, Crawford, Joshua, Oleksandr Usyk, Gervonta Davis, Jermell Charlo and plenty of other top fighters stepped inside the ring only once this year.

But there’s hope next year will bring the sport bigger fights and more activity from its top stars. Already, it appears we’ll see Fury-Usyk, Davis-Ryan Garcia and Caleb Plant-David Benavidez in the first half of 2023.

There are countless other intriguing boxers waiting to find their next assignment. Here are the five fighters we’re eager to see in action in 2023:

Boxing’s top star was ESPN’s pound-for-pound No. 1 fighter entering 2022. But a shocking loss to Dmitry Bivol in May removed the aura of invincibility from Canelo.

Still, Alvarez remained the undisputed super middleweight champion and rebounded by setting up a long-awaited trilogy showdown with Gennadiy Golovkin. Alvarez scored another win over GGG, but it wasn’t the sort of emphatic performance we’ve come to expect from him.

Now, Alvarez finds himself in an unfamiliar position: the comeback trail. There’s no doubt he remains an elite fighter at 32. And an injury could help explain his effort against Golovkin. Alvarez revealed afterward that he required surgery on his left wrist.

The procedure was performed in November, and now, Alvarez could look for an easier opponent such as John Ryder in May before he pursues a rematch with Bivol.

Bivol has indicated a willingness to drop down to 168 pounds for a return bout with Alvarez, but this time, for the undisputed super middleweight championship. Whatever Alvarez lays out for 2023, plenty of intrigue will follow the future Hall of Famer.

Oleksandr Usyk earned the biggest win of his career when he defeated Joshua in an August rematch to retain his three heavyweight titles.

With the victory, Usyk left no doubt that he’s built to beat the best fighters at heavyweight following a cruiserweight run that culminated with the undisputed championship.

Now, the Olympic gold medalist for Ukraine is poised to become the undisputed heavyweight champion if he can defeat Fury. Usyk, 35, has already closed his deal to meet Fury in the spring, as ESPN’s Mark Kriegel reported, while Fury continues talks. The bout is likely to land in April or May if Fury proceeds with left elbow surgery.

Whenever the fight does happen, Usyk will have his hands full. He’s a full-sized heavyweight at 6-foot-3, 220 pounds, and is ESPN’s No. 4 pound-for-pound boxer for a good reason. He has an excellent southpaw jab, knows how to deliver punches from varying angles and has some of the best footwork in boxing, but will it be enough to defeat Fury, the heavyweight champion who stands at 6-foot-9 and 270 pounds? Usyk is likely to be a slight underdog in perhaps the best — and biggest — fight boxing can deliver.

The Japanese star has proved peerless through 24 pro fights, and his matchup with Paul Butler on Dec. 13 was no different.

“The Monster” found a way to finish his reluctant opponent, who boxed from a high guard the entire fight. Following the 11th-round KO to become the undisputed bantamweight champion, Inoue said he’ll depart 118 pounds to campaign at 122 pounds going forward.

Inoue is ESPN’s No. 2 pound-for-pound boxer, and it’s hard to fathom anyone stopping him at junior featherweight. The division features two unified champions: Stephen Fulton and Murodjon Akhmadaliev. Inoue would be favored to defeat both boxers. It’s far more likely he meets Akhmadaliev, an Olympic bronze medalist from Uzbekistan.

Fulton is aligned with PBC, which rarely conducts business with Inoue’s American promoter, Top Rank. Moreover, Fulton is expected to move up to 126 pounds for a rematch with Brandon Figueroa during the first half of 2023.

But it does seem likely that Inoue will land a shot at Akhmadaliev’s two belts at some point in 2023. As Inoue’s star continues to grow in Japan, he can offer Akhmadaliev, who is promoted by Eddie Hearn’s Matchroom Boxing, a career-high payday and the massive stage that accompanies it.

No matter whom he fights, Inoue doesn’t appear to be slowing down anytime soon.

The American traveled to Australia and defeated George Kambosos Jr. in June to become the undisputed lightweight champion. For an encore, Haney returned to Kambosos’ homeland and scored another wide points victory in October to retain all four belts.

But Haney won’t have those titles much longer. He likely has only one fight left at 135 pounds before he moves to junior welterweight, a matchup he hopes will be against former three-division champion Vasiliy Lomachenko.

Haney and Lomachenko have been engaged in talks with Top Rank for weeks, but there’s still no deal. Haney raised an issue on Twitter, saying that he wanted the fight before Ramadan, since he’ll need to fast as a practicing Muslim.

Ramadan runs from March 22 to April 21, which could push the fight to May if it takes place after the period of observance. It could hinder Haney from having to stay at the weight even longer as he grows into his strength and eyes a move to 140 pounds later in the year.

After Haney’s performance in 2022, a bout with Lomachenko is heavily anticipated and one Haney would be favored in. The 24-year-old owns one of the sport’s best jabs, knows how to place his shots and is an excellent defensive fighter.

The volume-punching machine has long been boxing’s avoided fighter, but that will change when he meets Plant in a fight targeted for March 18 in Las Vegas.

Benavidez is one of the sport’s most reliable action fighters, with his nonstop arsenal of punches and a stalking style paired with his 6-foot-1 frame at 168 pounds.

While he has feasted on mostly fringe contenders, the two-time super middleweight champion’s showdown with Plant should show the world just how good he truly is.

Plant’s jab and defense are tough to contend with, a style Benavidez hasn’t seen at this level. Will the 26-year-old be able to break Plant down and punch through the guard as he has against so many others?

If he can push past Plant, Benavidez could move to the front of the line for the megamoney fight with Alvarez that he has long called for.