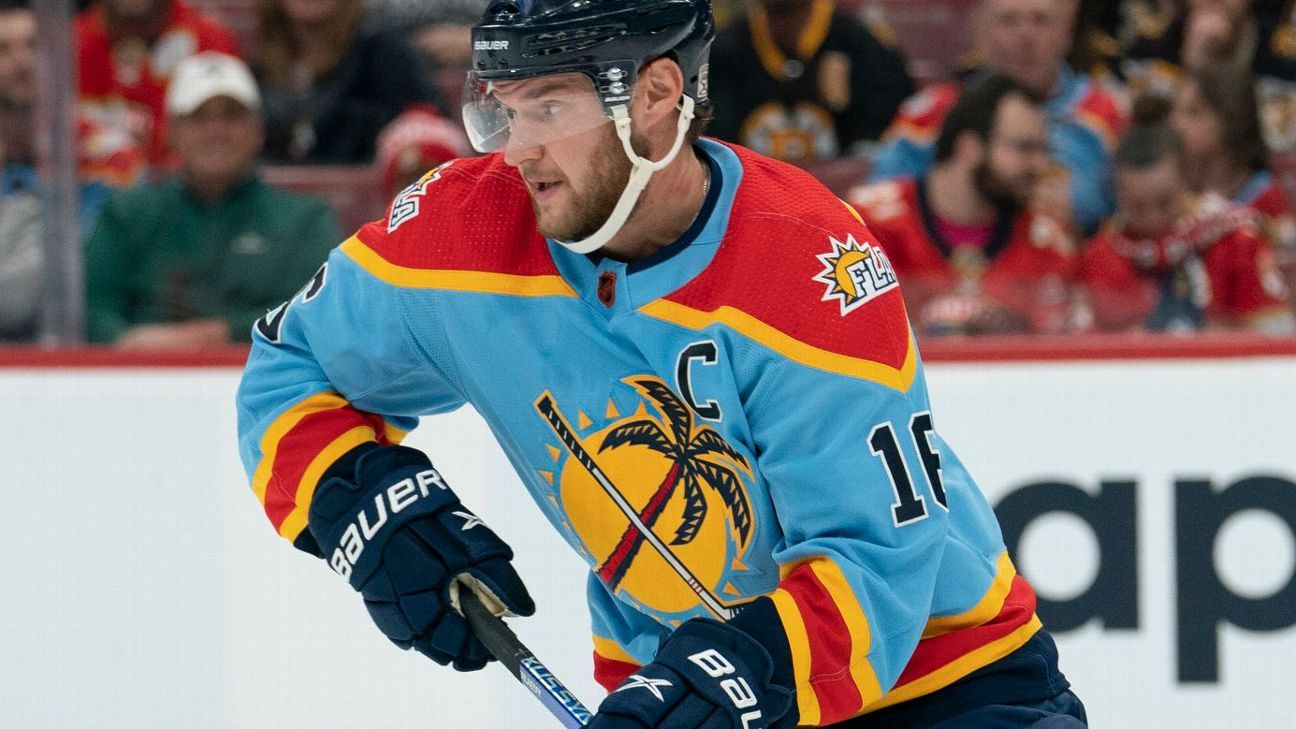 SUNRISE, Fla. — Florida Panthers captain Aleksander Barkov recorded a hat trick in the first period and helped his team snap a three-game losing streak with a 7-2 win over the Montreal Canadiens on Thursday night.

Barkov scored the first two goals of the game within the first 11:50 and made it 3-1 with his third of the period, making it the fastest three-goal game in franchise history.

His second goal came on the power play, giving him 67 in his Florida career making him the franchise leader. Barkov had been tied with Scott Mellanby, who started with the team during its expansion season in 1993 and was the team’s second captain. Barkov already owned the franchise record for goals scored, now with 229.

According to ESPN Stats & Information research, Barkov’s quick three goals make him the second Panthers player in franchise history with a first-period hat trick, joining Steven Reinprecht, who accomplished the feat against the Dallas Stars in 2009.

“I obviously got some bounces and was playing with some pretty good players who were going to find me,” Barkov said after the game. “We played exactly the way we wanted to. We have to keep this up, playing the right way.”

Barkov also recorded the 13th five-point game in Panthers history and the second of his career. He joins Jonathan Huberdeau (5) as the only Panthers players with multiple 5-point games in franchise history, according to ESPN Stats & Information research.

Barkov got the fourth hat trick of his career with three goals scored in vastly different ways.

The first, 2:37 into the game, came when Gustav Forsling’s shot hit Barkov’s skate and went past Sam Montembeault.

Barkov, playing in his first game after missing the past three with a lower-body injury, got his second on a snapshot from the left circle while the third was scored in front of the net off a loose puck.

“He changes every part of your game,” Florida coach Paul Maurice said of having Barkov back.

Florida also got a pair of goals from Matthew Tkachuk with Carter Verhaeghe and Eetu Luostarinen scoring in the third as Sergei Bobrovsky made 25 saves in the win.

“Barkov coming back from injury, he obviously had a very good first period,” Montreal coach Martin St. Louis said. “That kind of carried them through the game. Those are repetitions you cannot buy. They learned from that.”