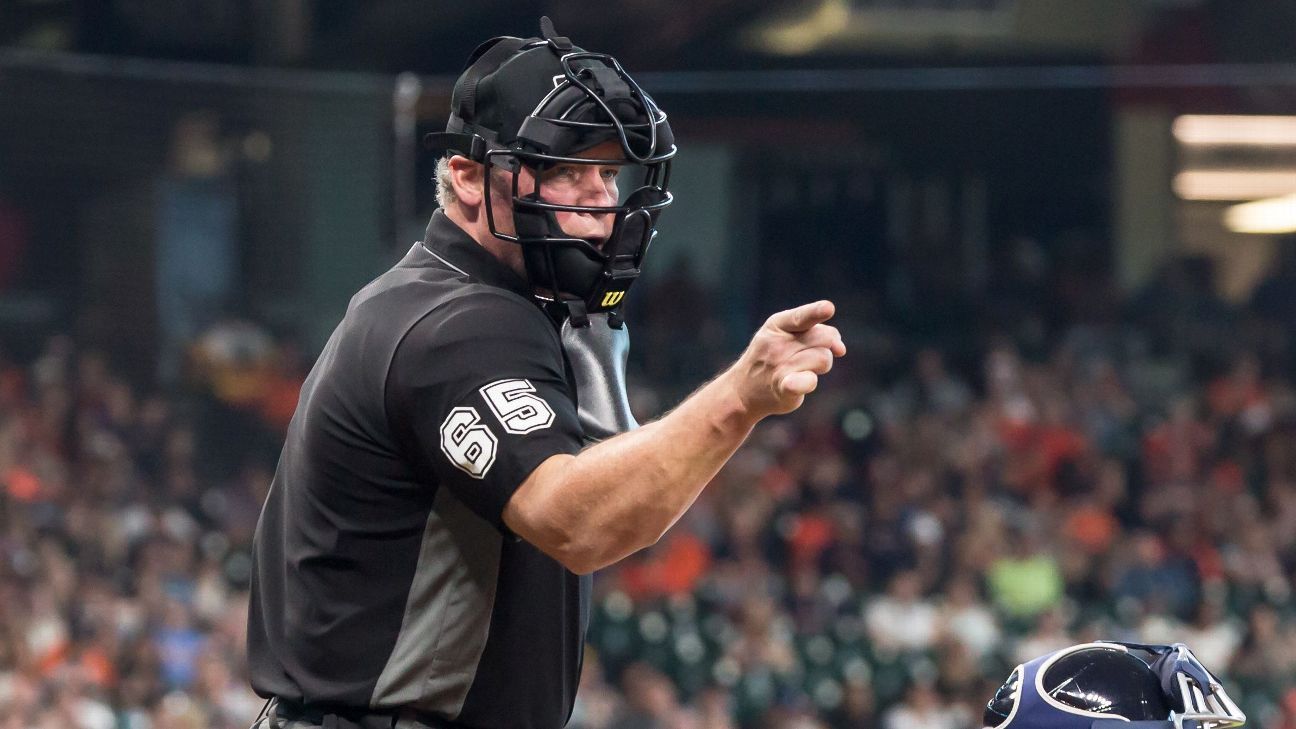 Ten MLB umpires, including seven crew chiefs, are set to retire at the end of the month, making it the largest turnover at that job since 1999, sources familiar with the situation told ESPN.

Some of the retirements are due to nagging injuries while others are coincidental, as a group of the umpires entered the league around the same time — after a labor dispute saw 22 former umps resign at the end of last century.

“I’m so grateful to have the career that I did and to be a part of baseball history,” Barrett said in a phone interview. “I’m incredibly proud of the crews that I worked with and everything baseball provided for me. For all of us.”

The retirements have nothing to do with upcoming on-the-field rule changes for 2023, nor the possibility of the ABS (automatic balls and strikes) system being instituted at the MLB level in the near future.

The league will promote or hire 10 new umpires next month and is committed to making it a diverse group, but a first-ever female MLB umpire won’t be among them. Jen Pawol could eventually break that barrier, as she worked in Double-A last season.

The retirements come a year after Joe West, who umpired the most games in history, called it quits. MLB is losing decades of experience over the past two offseasons.

“Such a great group of men,” Chicago Cubs manager and former catcher David Ross said. “They’re such a big part of our game. Teddy Barrett can defuse any situation. Tom Hallion’s got one of the most aggressive punchouts in the game. You always see him reaching for the sky … one of those signature moves you see all the time. I’ll miss that.”

The retiring crew chiefs have called 16 World Series, and Barrett leads the way, having worked five Fall Classics. He was also behind the plate for David Cone’s perfect game in 1999 and Greg Maddux’s 300th win in 2004.

Meals sat behind the catcher for Kerry Wood’s 20-strikeout game in 1998 and a Justin Verlander no-hitter in 2011.

Gibson was the first umpire to have a call overturned based on a manager’s challenge in 2014, then later that season was behind the plate for a Clayton Kershaw no-hitter.

In all, the retiring umpires have worked over 200 combined MLB seasons.

The last time the league added as many as eight new umpires was in 2014, to account for instant replay. Current crews are part of a rotation who work the instant-replay room in New York.

Barrett acknowledged the job has good days and bad days. One of his toughest came early in his career when he was warned of former pitcher David Cone’s backdoor slider.

“I had seen plenty of sliders in the minors, so I thought I was prepared,” Barrett said. “I called his a ball way too early, then it broke over the plate and into [catcher] Mike Macfarlane’s glove. Cone was just shaking his head. Macfarlane said, ‘First time having him, kid?’

“I knew I was in the big leagues.”