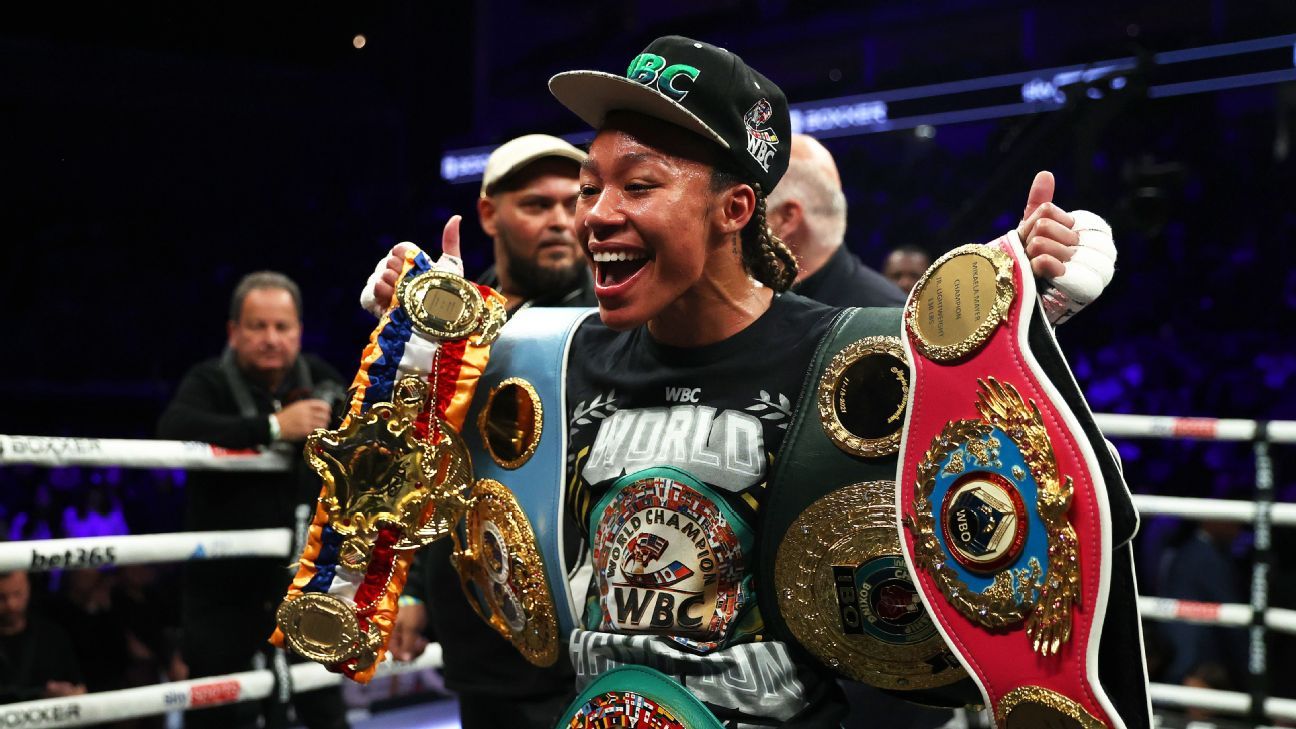 Alycia Baumgardner’s first defense of her WBC, IBF and WBO titles will come against Elhem Mekhaled as the co-feature on the Amanda Serrano-Erika Cruz card on Feb. 4 in New York City, a source confirmed to ESPN on Thursday.

The Baumgardner-Mekhaled fight will be for the undisputed junior lightweight title. WBA champion Choi Hyun-mi has been named the champion-in-recess after an injury nixed the ordered undisputed title fight between Baumgardner and Choi, a source said.

Boxing Scene first reported the news of the fight.

This will be the second undisputed title fight on the card along with Serrano-Cruz, which will be for the undisputed featherweight title.

Mekhaled, a 31-year-old from Paris, fought once in 2022, losing a unanimous decision to Delfine Persoon in May.

It was the first time Mekhaled (15-1, 3 KO) had lost in her career. She had won an interim WBC junior lightweight title fight in 2019 when she beat then-undefeated Danila Ramos by unanimous decision.

This will be the first time Mekhaled has fought in the United States as a professional.