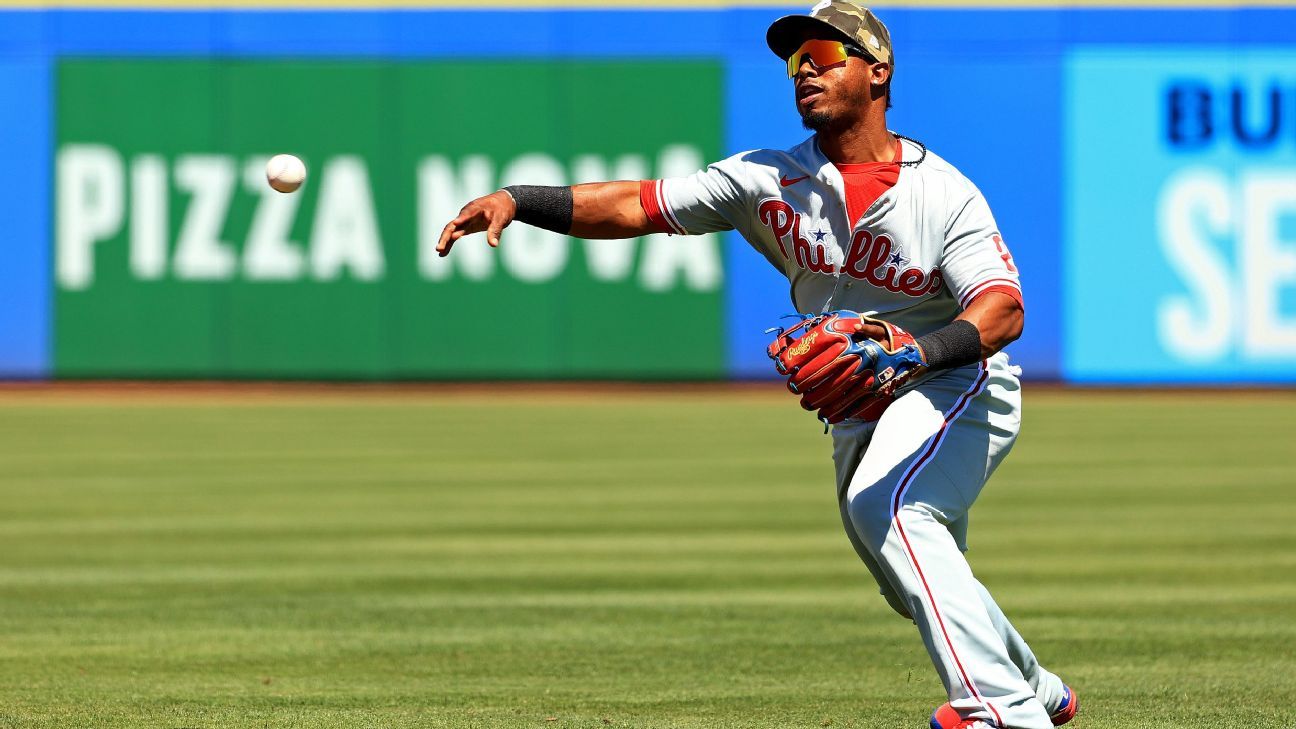 Veteran Jean Segura and the Miami Marlins have agreed to a two-year, $17 million deal, according to multiple reports Wednesday night.

It’s the first free agent move of the offseason for the Marlins, who are coming off a 69-93 season — their 12th losing record in the past 13 years. And they’ve watched NL East rivals Atlanta, Philadelphia and the New York Mets make no shortage of moves to try and improve their loaded rosters; the Braves were World Series champions in 2021 and the Phillies won the NL pennant this year before falling to Houston in the World Series.

Segura spent the past four seasons with the Phillies, but they declined his $17 million option last month, and he instead received a $1 million buyout. In 98 games this season — he missed about two months with a fractured right index finger — Segura hit .277 with 10 home runs, 33 RBIs and 45 runs. He also appeared in the postseason for the first time in his 11-year career and delivered a key hit in Philly’s Game 3 NLCS win against the San Diego Padres.

He primarily played second base for Philadelphia but also saw time at shortstop and third. Marlins All-Star second baseman Jazz Chisholm Jr. was limited to just 60 games in 2022 due to injury.

Z101 Digital first reported news of the agreement between Segura and the Marlins.

Information from The Associated Press was used in this report.