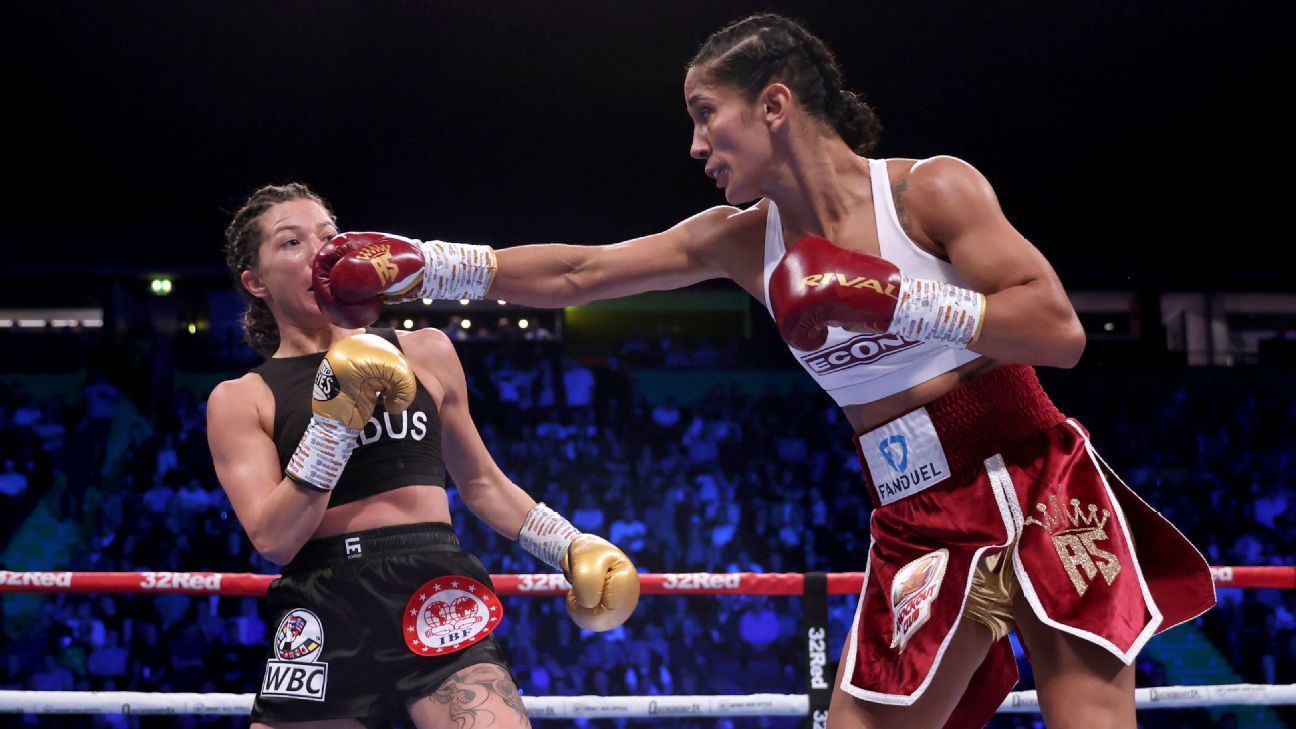 An undisputed featherweight title fight between IBF, WBC and WBO featherweight titleholder Amanda Serrano and WBA champion Erika Cruz is imminent, sources told ESPN on Wednesday. The fight will headline a card on Feb. 4 at the Hulu Theater in New York City.

Serrano (43-2-1, 30 KO) was last in the ring in September, when she beat Sarah Mahfoud by unanimous decision to win the IBF featherweight title. Serrano, 34, is ESPN’s No. 3 pound-for-pound fighter. She fought twice last year, against Mahfoud and Katie Taylor, a split-decision loss at the big room of Madison Square Garden in what was named ESPN’s women’s fight of the year in 2022.

She since defended the title twice, beating Melissa Esquivel by split decision in 2021 and Mrdjenovich by unanimous decision in a rematch in September. Cruz suffered her only loss in 2016, a majority decision loss to Alondra Gonzalez Flores in a four-round fight in Cruz’s second career fight.

For all of Serrano’s accomplishments – and there have been many since she began fighting professionally in 2009 – she has never become an undisputed four-belt champion, something she would become should she beat Cruz.

This could be the beginning of a big year for Serrano, who has said she would like to face Katie Taylor in a rematch of an April fight that saw Taylor win a split decision over Serrano for Taylor’s undisputed lightweight titles.

But first, Serrano said, she knew she wanted to fight Cruz.

“After Cruz,” Serrano told ESPN recently. “It’s a great storyline. Undisputed versus undisputed champion, and of course it’s a different weight class, but it is what it is. The first fight was great, and I think the second fight would be even better.”

Serrano said she would go up to lightweight to fight Taylor a second time should that fight happen.