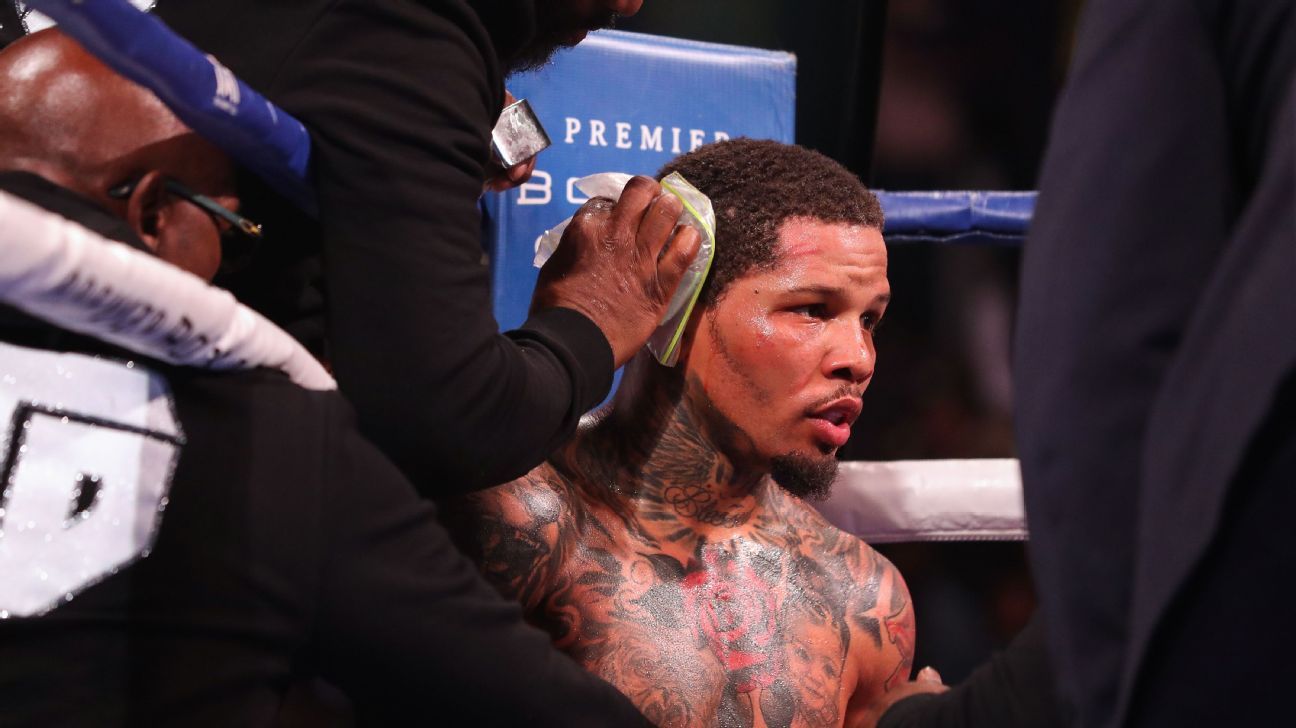 Gervonta Davis allegedly struck a woman on the right side of her head with a “closed hand type slap,” leading to his arrest Tuesday afternoon in Florida, according to a Broward County Sheriff’s Office incident report.

According to the incident report, the woman, who doesn’t live with Davis and whose name was redacted, suffered a small abrasion to the inside of her upper lip on the right side of her mouth.

The 135-pound boxer was arrested at 2:50 p.m. ET Tuesday in Parkland, Florida, and jailed on a misdemeanor domestic violence charge of battery causing bodily harm, according to Broward County Sheriff’s Office records. He was released Wednesday afternoon following a court hearing where bail was set at $1,000, according to the Broward Sherriff’s Office.

On the audio of the 911 call, which was obtained by ESPN, the woman was heard saying, “Please help me; I need help, please. I’m trying to go home, I have a baby in the car and attacked me … He’s going to kill me.”

Moments later, the call ended. She reconnected with police 50 seconds afterward, crying, and said, “I need to go. I’m in danger right now.”

Police were then contacted by a representative from the Mercedes Benz Emergency Center, who said the woman pressed the emergency button in her car and said a guy was “speeding at her.”

Davis was not under the influence of drugs or alcohol at the time of the alleged incident, according to the report.

Davis, 28, of Baltimore, is scheduled to headline a PBC on Showtime PPV event Jan. 7 in Washington, D.C., against Hector Luis Garcia. The bout is planned as a prelude to an April 25 superfight in Las Vegas against Ryan Garcia.

When asked if the Davis-Garcia fight on Jan. 7 will proceed as planned, Showtime told ESPN that it was aware and was looking into the situation.

There is precedent for PBC and Showtime pulling a boxer from a bout. Davis was slated to fight Rolando Romero in December 2021 before Romero was pulled from the PBC on Showtime PPV matchup following a sexual assault allegation.

Isaac Cruz replaced Romero and was defeated by Davis via unanimous decision. In January, the investigation surrounding the allegations against Romero was closed without charges being filed. Romero was stopped by Davis in the sixth round of a PBC on Showtime fight in May.

Davis also is set to appear in Baltimore Circuit Court on Feb. 16 for his alleged involvement in a hit-and-run crash in November 2020, according to court records. Davis is accused of fleeing the scene of a crash that involved four people, including a pregnant woman. He is facing 14 charges, including failure to immediately return and remain at the scene of an accident involving bodily injury. He is facing a lawsuit as well.

He previously faced misdemeanor charges in Coral Gables, Florida, in February 2020, in which he had been accused of battering an ex-girlfriend. That case was discharged Dec. 13 of this year, according to court records.