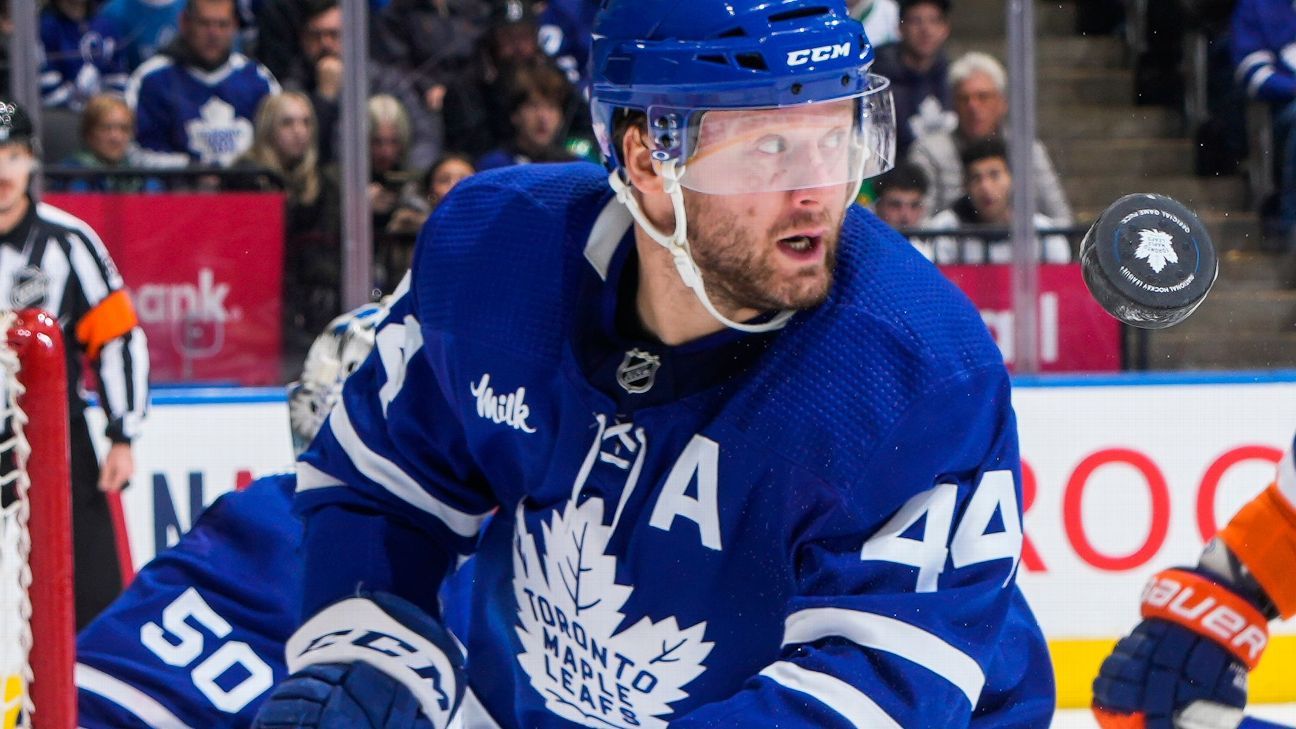 Rielly was hurt in a collision with New York forward Kyle Palmieri early in the third period of Toronto’s 3-2 overtime loss to the Islanders at home on Monday night.

Rielly has no goals and 16 assists in 20 games this season and is averaging 23 minutes of ice time.

The LTIR decision gave Toronto some salary-cap flexibility to promote some reinforcements from its American Hockey League affiliate. As such, the Maple Leafs were able to recall defensemen Mac Hollowell and Victor Mete.

Toronto’s defense is also missing Jake Muzzin with a neck injury and T.J. Brodie with an injured oblique.

Hornets’ Hayward has shoulder fracture, per agent
Rory: Tiger and I both had COVID ahead of Open
Bills’ Miller eyes return vs. Jets, says OBJ visit Fri.
“Every Time Indian Cricket Does Not Do Well, The Blame…”: Gautam Gambhir
UFC ‘Fight Like Hell’ Night: Wonderboy vs. Holland — how to watch, plus analysis and betting advice