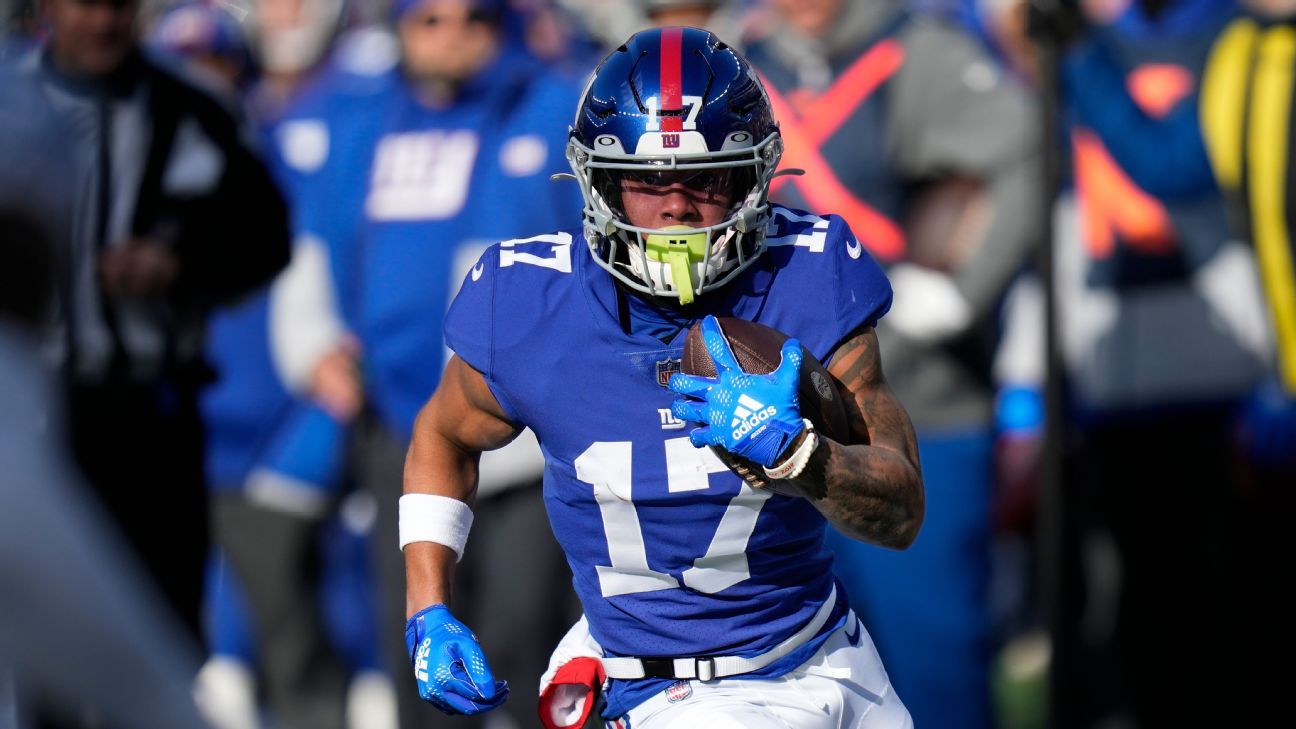 Robinson’s knee buckled when he was getting tackled near the home sideline on the first play of the fourth quarter. He fell to the ground and immediately began writhing in pain as he grabbed at the knee. A source told ESPN after the game the fear was that the injury was serious.

It was, leaving the Giants incredibly thin at an already concerning position. Robinson’s rookie season ends with 23 catches for 227 yards and a touchdown in six games.

The second-round pick out of Kentucky was having the most productive game of his career prior to the injury. He had nine catches on 13 targets for 100 yards.

The Giants’ already struggling receiving corps will now be without one of its better players for the rest of the season. They must figure it out by Thursday.

New York plays on the road in a Thanksgiving afternoon game against the division rival Dallas Cowboys.

“We know how explosive [Robinson] can be. … Not having him out there is definitely going to be a loss, but it’s going to give other guys opportunities and we have all the confidence in all the other guys too to step in and make plays,” running back Saquon Barkley said after Sunday’s loss.

The Giants (7-3) also have “Hard Knocks” star Kalil Pimpleton, who is likely to be elevated from the practice squad.

New York has already started recent waiver claim Isaiah Hodgins, David Sills V and Marcus Johnson at wide receiver this season. They traded the oft-injured and unreliable Kadarius Toney to the Kansas City Chiefs prior to the trade deadline. Veteran Kenny Golladay is still on the roster but has done almost nothing, with four catches for 51 yards and no touchdowns this season.

For now, this is their group, with Darius Slayton leading the way as the No. 1 wide receiver.

“We have plenty of receivers on the roster as you know,” Daboll said. “It’s a short week. We’ll get the guys ready to go. We’re revisit things as we do each week and see how it goes.”

There is a strong possibility the Giants still add a veteran receiver for the stretch run, even if it’s not the much-talked-about Odell Beckham Jr. They’re currently in position to make the playoffs for the first time since 2016, but have a difficult remaining schedule.

New York is expected to be in the mix for Beckham, who is currently a free agent. The Cowboys, however, have also been publicly campaigning for his services and are believed to be the favorites.

Kawhi, PG to remain out Sunday due to injuries
UFC officially removes Nate Diaz from roster
Sources: 1B Santana to Pirates on 1-year deal
Follow live: USMNT meet Iran with spot in the round of 16 on the line
Kiffin says he expects to return as Ole Miss coach