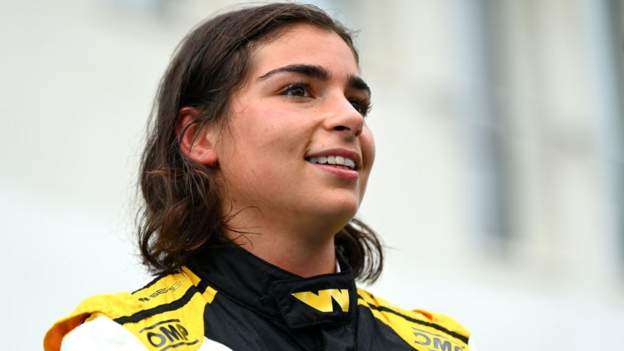 Formula 1 is working on a new women’s racing category aimed at opening up pathways for female drivers to the top of the sport.

The idea is for it to complement the W Series, which curtailed its season early after financial difficulties.

The plan is for the new series to launch as early as next year.

F1 would not provide further details but a spokesperson said it was committed to ensuring greater opportunities for women to progress.

F1 insiders say the new category will definitely become a reality and that financial backing will be in place.

There could be between 12-15 seats available and it is aimed at women from the age of 16.

It is being designed to create a clear pathway for rising female talent to reach their potential.

The emergence of the new series comes a day after seven-time champion Lewis Hamilton said F1 and governing body the FIA should do more to support women racing drivers.

Hamilton said: “There has not been enough focus on women in the sport the whole of F1’s life and there is not enough emphasis on it now. And they are not magnifying enough the great work that is being done there.

“There is not enough representation across the board in our industry and there is not really a pathway for those young amazing drivers to get to F1 and then you have some people say there is never going to be a female F1 driver, and that’s not a good narrative to be putting out.

“We need to be doing more. With F1 and Liberty (Media, the sport’s commercial rights holders) doing so well, it is not a lot for them to help out in that space.”

The future of the W Series remains uncertain. The series boss Catherine Bond-Muir said the 2022 championship was being ended two races early after backing fell through and to provide time to find new financial support for 2023.