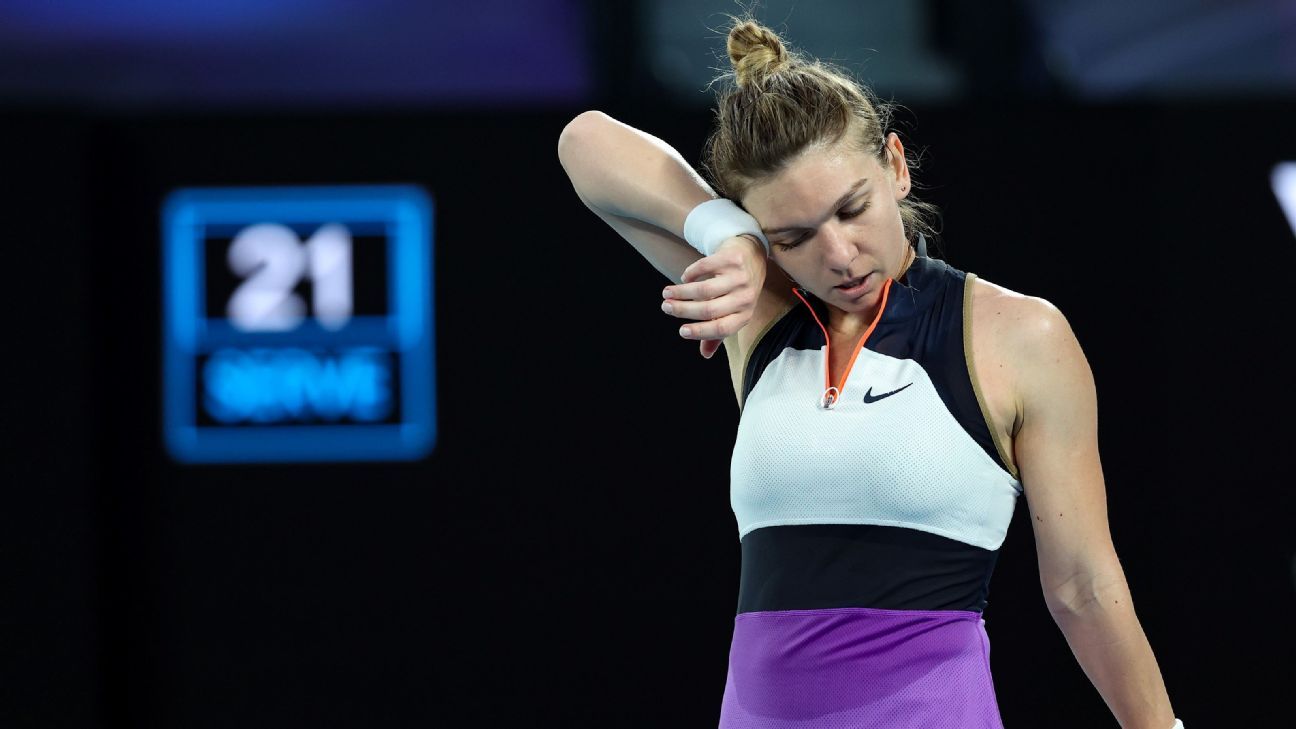 Former No. 1-ranked player Simona Halep has been provisionally suspended by the International Tennis Integrity Agency and faces a possible four-year ban from tennis after failing a drug test during the US Open.

The ITIA announced the suspension for Halep, a two-time Grand Slam champion who is currently No. 9 in the WTA rankings, on Friday, saying she tested positive for the banned substance roxadustat.

Saying she was “confused and betrayed” by the situation, Halep tweeted that she would start a “fight for the truth” and noted that her test showed “an extremely low quantity.”

“I will fight until the end to prove that I never knowingly took any prohibited substance and I have faith that sooner or later, the truth will come out,” Halep wrote.

Under the World Anti-Doping Code, Halep faces a ban of up to four years for a positive test for a substance such as roxadustat. Athletes can earn a reduction in their ban, likely to three years, if they quickly admit an offense and accept their sanction.

Tennis authorities will handle Halep’s case, and any ruling can be challenged by the World Anti-Doping Agency in an appeal to the Court of Arbitration for Sport.

During a provisional suspension, a tennis player is ineligible to compete in, or attend, any sanctioned events.

Roxadustat is a drug approved for medical use in the European Union to treat the symptoms of anemia caused by chronic kidney failure. According to the EU’s medicines agency, which approved roxadustat last year, it stimulates the body to produce more of the natural hormone erythropoietin, or EPO, which has long been a doping product favored by cyclists and distance runners.

The 31-year-old Romanian player recently announced she was taking the rest of this season off after having nose surgery to improve her breathing. She considered retiring early this year after a series of injuries but then said she felt rejuvenated after teaming up in April with coach Patrick Mouratoglou, who used to work with Serena Williams.

Representatives for the U.S. Tennis Association and Mouratoglou declined comment.