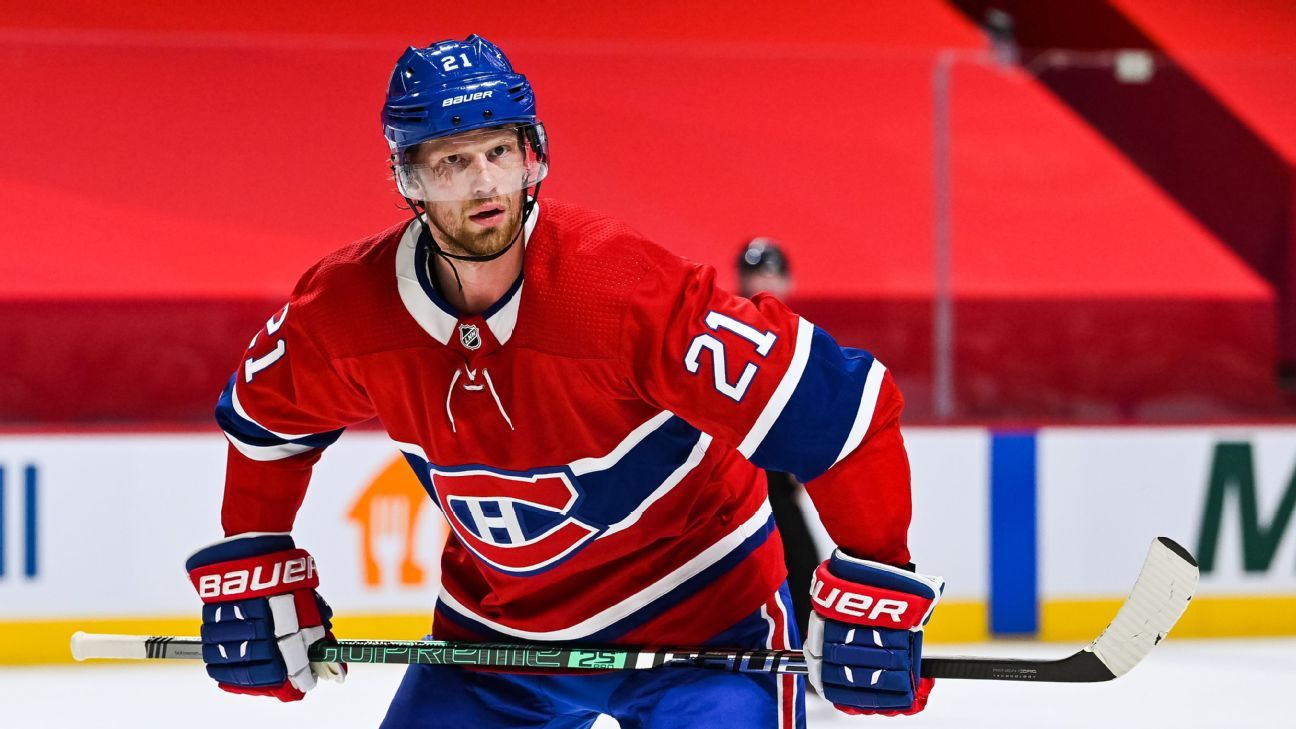 The Florida Panthers are signing Eric Staal to a one-year contract, adding the veteran forward to a roster that also includes his younger brother Marc.

Eric Staal had been with the Panthers since they gave him a professional tryout deal in July, and general manager Bill Zito said earlier in the week that they were trying to find a way to fit Staal into their salary cap.

“There’s so much to this man … character, leadership, the love of the game — pure love of the game and the love of the idea of winning,” Panthers coach Paul Maurice said. “I think he’s great for what’s still a relatively young core here. It’s who he is, as a man, how he trains, how he competes, how he practices, how he chirps out there, how he’s just wired right in. It just makes our organization better.”

The team has short-term flexibility after putting star defenseman Aaron Ekblad on long-term injured reserve. Because of salary-cap constraints, the Panthers have not been able to carry a full 23-man roster yet this season.

Staal will not play Friday night against the Tampa Bay Lightning, Maurice said. He should be in line to debut Sunday against the New York Islanders.

A member of hockey’s “Triple Gold” club after winning an Olympic gold medal, a world championship gold medal and a Stanley Cup, Staal turns 38 later this month. That puts him on target to be the fourth-oldest skater to appear in a game this season, behind Toronto‘s Mark Giordano (39), Dallas‘ Joe Pavelski (38) and the Islanders’ Zach Parise (38).

“All of us, we’re excited that he’s officially a Panther and we’re excited to get going with him,” Panthers forward Ryan Lomberg said. “He brings a lot. First and foremost, obviously, leadership. He’s a guy who’s been around for a while and knows everything about everything.”

Staal did not play for an NHL team last season but continued to train, hoping for an opportunity. He captained Canada at the 2022 Olympics, tallying one goal and four assists in five games. Canada finished in sixth place, and Staal was unable to parlay his Olympic performance into a midseason NHL contract.

The Panthers will be Staal’s sixth NHL team, following 1,293 career games with the Carolina Hurricanes, New York Rangers, Minnesota Wild, Buffalo Sabres and Montreal Canadiens in which he has totaled 1,034 points.

Defenseman Marc Staal joined the Panthers on a one-year, $750,000 contract as a free agent during the offseason. The brothers played 22 games together (17 in regular season, 5 in playoffs) with the Rangers in 2015-16.

Also, their brother Jared, who appeared in two NHL games as a player, is an assistant coach with the Charlotte Checkers — the Panthers’ AHL affiliate.