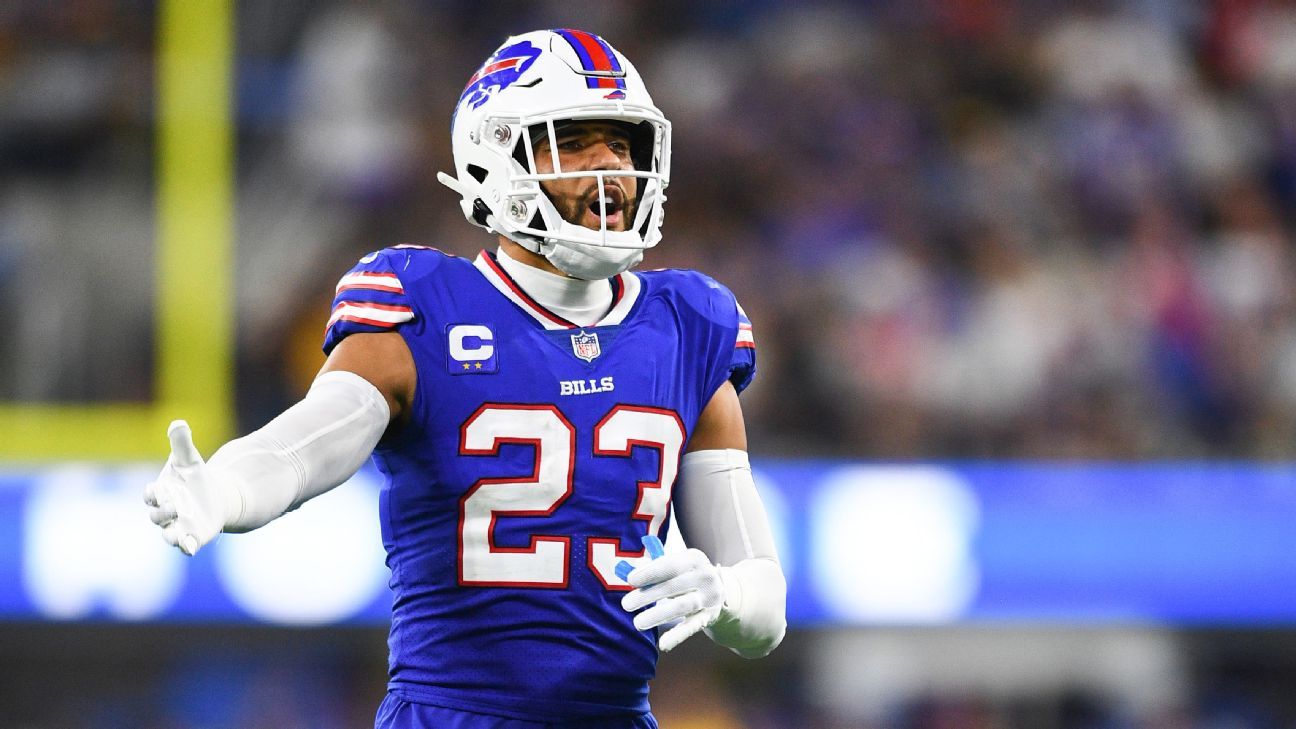 Hyde will be placed on injured reserve Saturday. He was not at practice throughout the week but did make a brief appearance in the locker room.

Bechta wrote that a healthy return in 2023 is expected for Hyde, who is under contract with the Bills through next season.

Coach Sean McDermott declined to get into details when asked about Hyde’s injury throughout the week.

“[Hyde and cornerback Dane Jackson, who is also dealing with a neck injury] both seem to be moving around or walking around or in the building here,” McDermott said Friday. “And they’re in there going about their business, trying to improve each and every day. Obviously not going to make this game. Other than that, I don’t have anything else for you at this point. We’re just going to work with them on their cadence and their timing at this point.”

Hyde has dealt with neck injuries in his career, including one he suffered during a 2015 preseason game with the Green Bay Packers.

Safety Jaquan Johnson will take over for Hyde for the Bills, starting with Sunday’s AFC East game against the Miami Dolphins. Fellow starting safety Jordan Poyer is questionable for the game with a foot injury; he was limited in practice Friday. Safety Damar Hamlin would start in Poyer’s place if he cannot play.

The secondary will be hurting with Jackson also out. Cornerback Kaiir Elam, a first-round pick this year, is set to make his first NFL start alongside fellow rookie Christian Benford. The pair have been rotating at the cornerback spot opposite Jackson.

Hyde and Poyer have been one of the best safety duos in the NFL since joining the Bills as free agents in 2017. During that stretch, Hyde has missed only two regular-season games.

During his time with the Bills, Hyde has 14 interceptions, including one pick-six, 35 passes defended, three forced fumbles and 363 tackles. He spent the first four years of his career with the Green Bay Packers after they drafted him in the fifth round in 2013 out of Iowa.