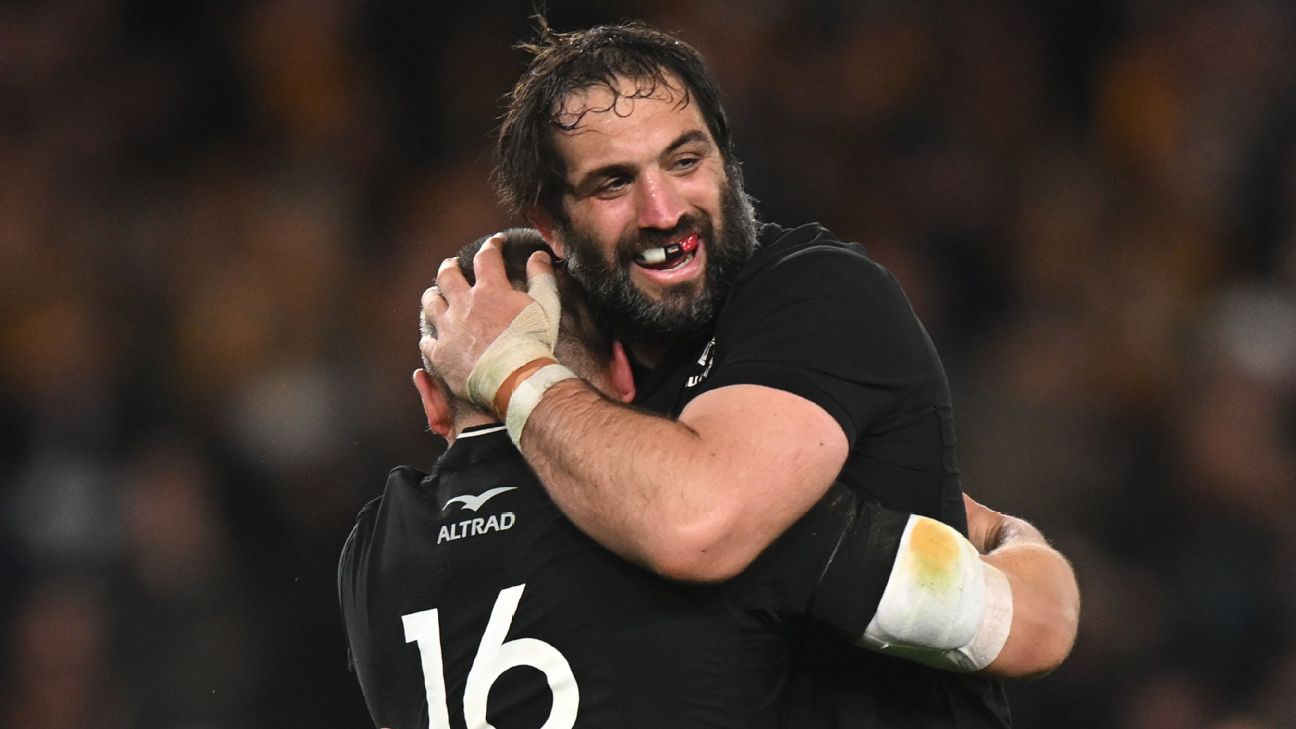 All Blacks skipper Sam Cane will miss the Rugby Championship decider against Australia, with Sam Whitelock leading New Zealand as they chase the title.

Coach Ian Foster has made five changes to the team that pocketed the Bledisloe Cup for another year with their 39-37 triumph in Melbourne last Thursday.

Cane, who like David Havili suffered a head knock in last week’s Test and will miss the Eden Park rematch, will be replaced at seven by Dalton Papali’i.

As predicted, Ardie Savea returns to the XV after staying in New Zealand last week for the birth of his third child.

Beauden Barrett, Akira Ioane and Codie Taylor have also been brought into the starting side named by New Zealand Rugby on Thursday morning.

Hoskins Sotutu and Samisoni Taukei’aho drop back to the bench, while in-form forward Scott Barrett is missing along with substitute Quinn Tupaea, who suffered a season-ending knee injury at the hands of Wallabies lock Darcy Swain last week.

The All Blacks are seething at Swain’s illegal clear-out, which has earned the Wallaby a six-week ban from SANZAAR.

Foster’s side can put poor early season form to bed with victory over Australia, which could allow them to pip South Africa to the southern hemisphere championship.

“We are determined to finish the tournament strongly and we know that Australia will throw everything at us,” Foster said.

“This is what Test match rugby is all about and we can’t wait.”

The Wallabies hold a mathematical, if unlikely, chance of winning the Rugby Championship, but must beat New Zealand handily and hope Argentina upset South Africa.

Showing the scale of the challenge, Australia have not beaten the All Blacks at Eden Park in 36 years.