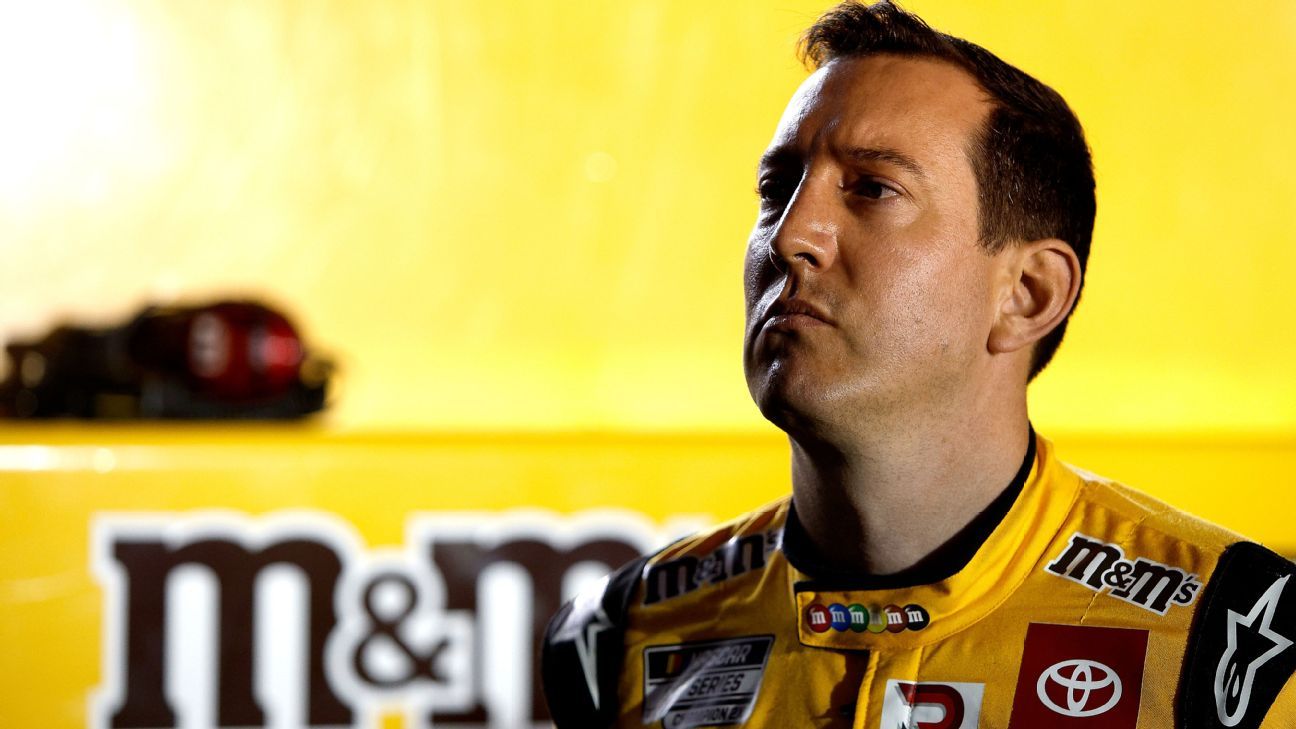 The effort would likely be backed by Menards as Busch, who last week left Toyota and Joe Gibbs Racing after 15 years to sign with Richard Childress Racing, has permission to compete in the Indy 500 with a Chevrolet team.

Busch is a Las Vegas native, and Arrow McLaren SP was founded by longtime Las Vegas resident Sam Schmidt. His brother, Kurt, raced in the 2014 Indy 500 for Andretti Autosport and finished sixth.

The talks with Busch come as the head of McLaren Racing held a town hall Thursday at its IndyCar shop to introduce new hire Brian Barnhart and quell any concerns over this week’s sudden departure of the team president.

Zak Brown did not give a title for Barnhart, an industry veteran who spent the past season as strategist for Alexander Rossi at Andretti Autosport. Rossi will be part of Arrow McLaren SP’s expanded three-car lineup next season, and Barnhart will report to Brown.

Brown told The Associated Press he was still finalizing the structure of the IndyCar arm’s senior management team and “hiring like crazy” in advance of the additional third car. McLaren is also building a state-of-the-art shop in Indianapolis designed to be similar to its Formula One factory in England.

It’s been a hectic season for McLaren — and Brown — as the organization has tried to shore up its lineups across several series with the best talent possible. It led to a dispute in Formula One with rival team Alpine for the rights to Oscar Piastri, which McLaren won, and a $15 million buyout of Daniel Ricciardo to open a seat for Piastri.

Then there was a prolonged legal battle in IndyCar for the rights to 2021 champion Alex Palou, who ultimately will remain with Chip Ganassi Racing for the final season of his contract. But he was permitted to test the F1 car for McLaren last week and is expected to make a full move to the team in 2024 when his Ganassi deal is done.

Now the team has lost president Taylor Kiel, who joined the organization nearly 15 years ago when Sam Schmidt Motorsports was an Indy Lights team.

“It’s been an honor to work for Arrow McLaren SP for more than a decade. As I step away, I am most proud of growing this team into a powerhouse able to fight for championships and wins each week. I now look forward to spending time with my own growing family and whatever’s next!” Kiel tweeted Wednesday.

Although he was vague on what his next move is, it is widely believed that Kiel will be introduced at Ganassi as soon as his noncompete clause expires. It is unclear what Kiel’s role would be; Mike Hull, his stepfather, has been with Ganassi for more than three decades and as managing director essentially runs the organization.

McLaren has said only about Kiel: “Taylor Kiel is stepping down as Arrow McLaren SP President after two seasons. As the team grows to three cars for the 2023 NTT IndyCar Series season, announcements on team management will be made in due course.”

Barnhart, meanwhile, is the former president of race operations and race director of IndyCar. He joined Harding Racing in 2017, which evolved into Harding Steinbrenner Racing and was absorbed by Andretti Autosport.

Wolves’ Edwards fined for anti-gay comments
Spain continues EuroBasket dynasty with gold
GGG: ‘Not up to’ Canelo to end my career
How Adam Vinatieri (and Drew Brees’ stepmom) helped influence Justin Tucker’s career
Nevin: Love Judge like a son, but Ohtani is MVP