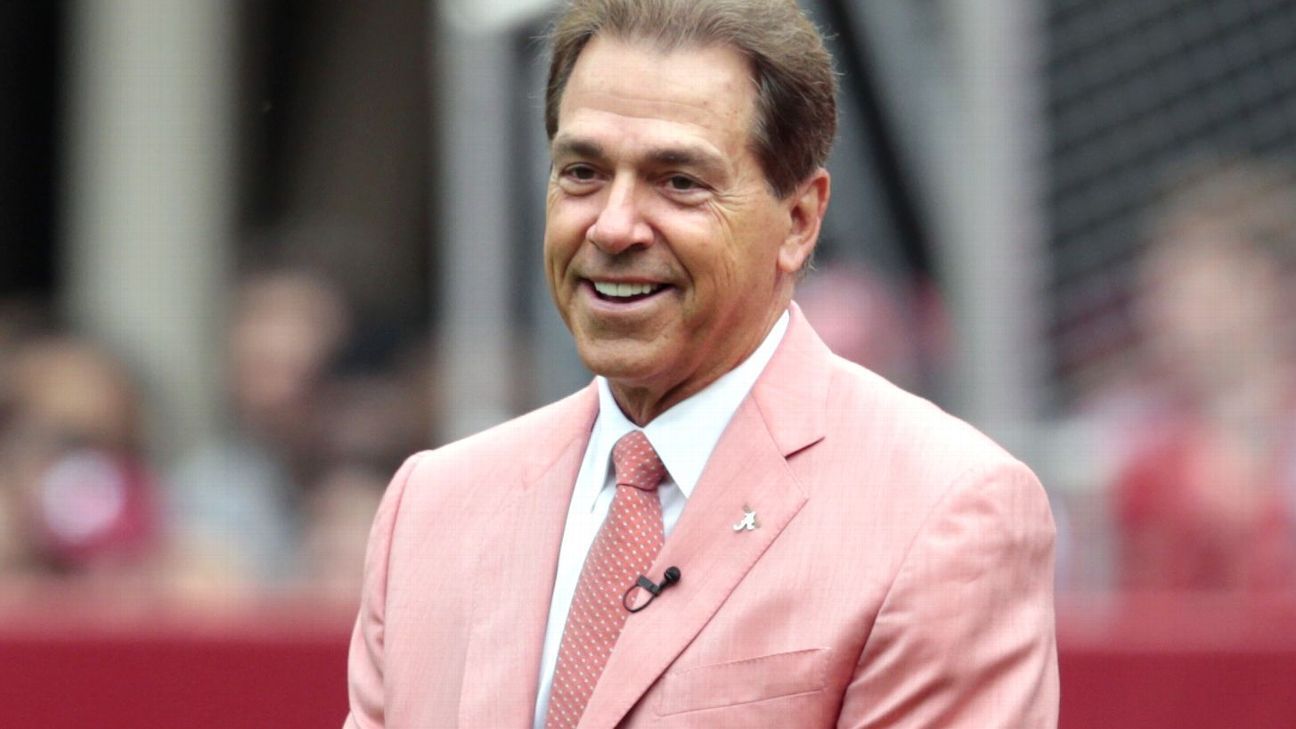 For the second time in three days, Nick Saban and Alabama received a commitment from an ESPN 300 recruit after wide receiver Jalen Hale announced for the Crimson Tide on Wednesday.

Hale, who attends Longview High School in Longview, Texas, is No. 42 on the 2023 ESPN 300 and the eighth-ranked receiver in the class.

He took a visit to Tuscaloosa back on Sept. 3 before watching Alabama play at Texas on Sept. 10, and chose Alabama over Texas, Georgia and USC.

The addition of Hale continues the surge for the Tide in 2023 — two days after defensive tackle Jordan Renaud (No. 45) committed.

The Tide have now overtaken Notre Dame atop ESPN’s class rankings and boast 17 ESPN 300 prospects to pace the entire country.

In four games this season, he has 14 receptions for 290 yards and four touchdowns.