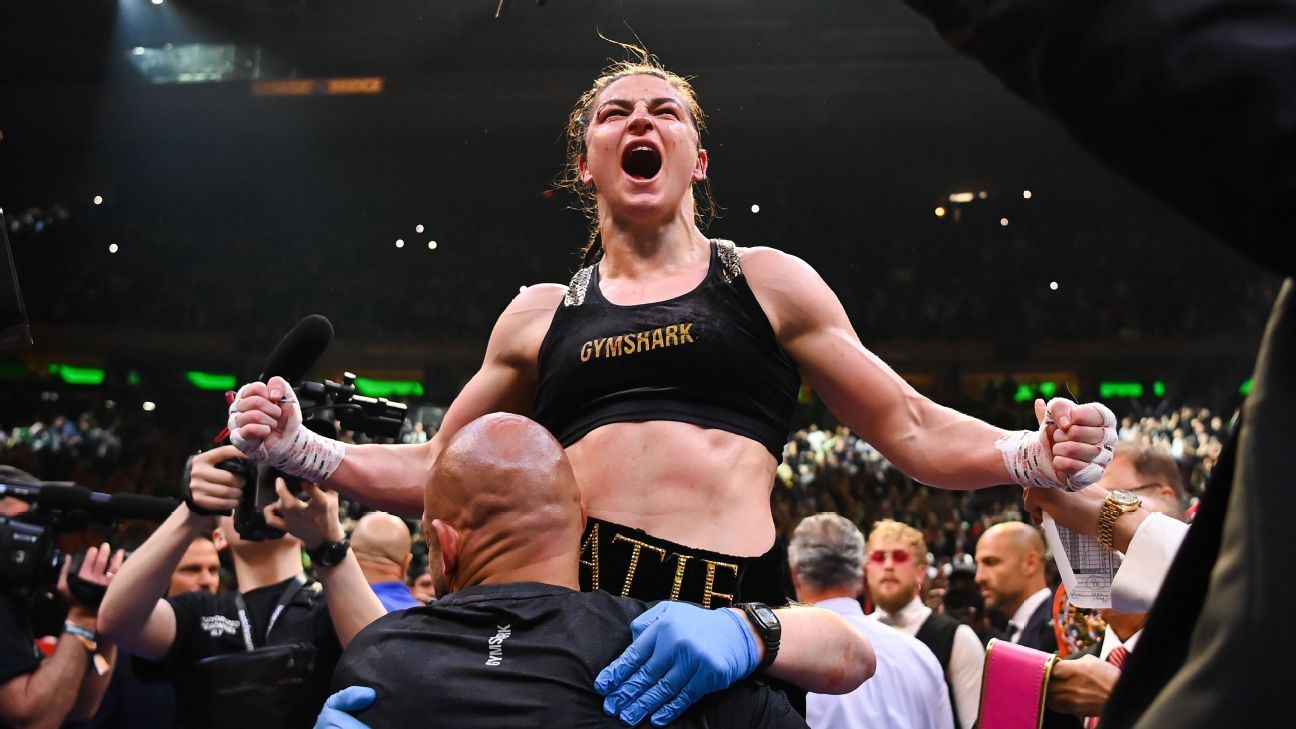 Katie Taylor will make the seventh defense of her undisputed lightweight boxing title on Oct. 29 against Karen Elizabeth Carabajal at Wembley Arena in London.

It’s the first fight for Taylor since she beat Amanda Serrano by split decision at Madison Square Garden in what has been widely considered the biggest fight in women’s boxing history.

It will be the second fight this year for Taylor (21-0, 6 KO), 36, after she fought three times during 2021, and her first fight in the region since she beat Miriam Gutierrez at the SSE Arena in 2020.

The Bray, Ireland, native now spends most of her time in the United States, training in Manchester, Connecticut.

The 32-year-old Carabajal (19-0, 2 KO) will be getting her first shot at a world championship and will also be fighting for the first time as a professional outside of Argentina, where she is from. She has stopped two of her last three opponents.

Her last fight, in April, was a unanimous decision win over Lorena Edith Agoutborde, who was in her fifth professional fight. Nine of Carabajal’s 19 opponents had losing records when she faced them. Taylor will be, by far, the most difficult opponent Carabajal has ever faced.