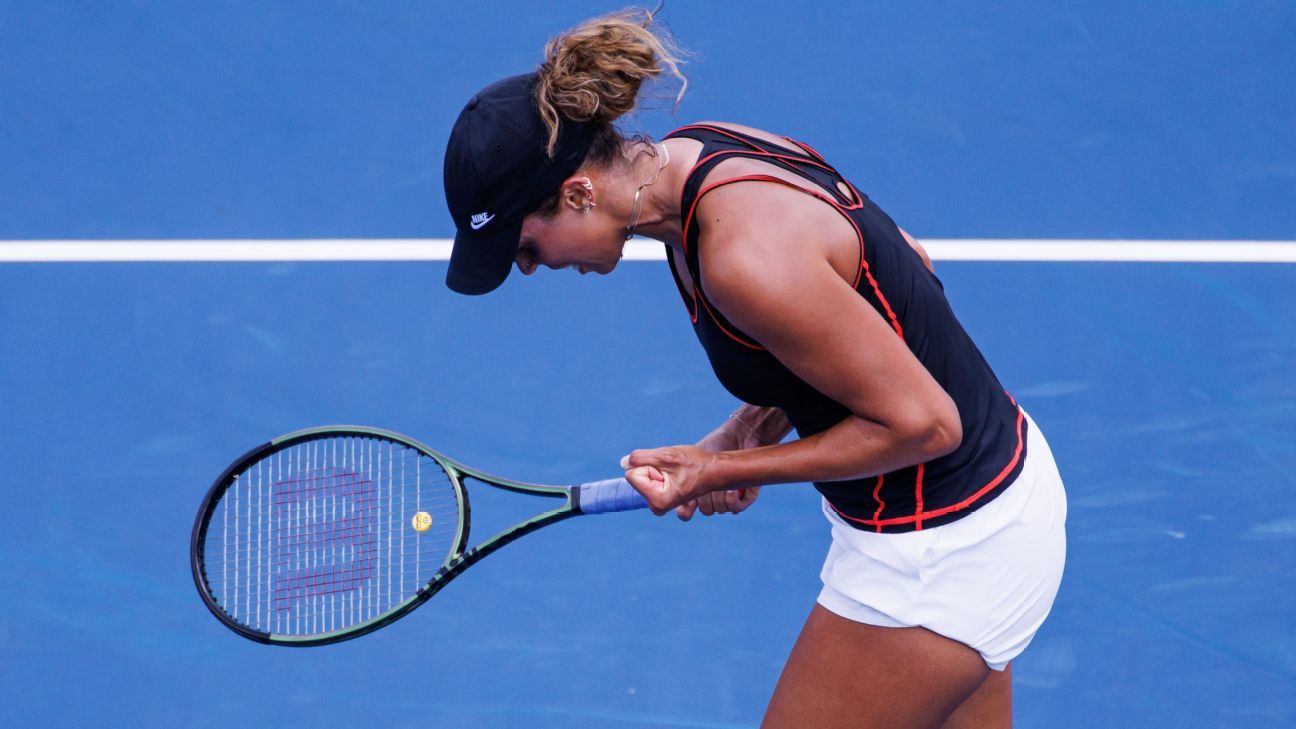 Swiatek, a two-time Grand Slam champion, hasn’t gotten past the round of 16 in four tournaments since winning Roland Garros in June.

The win was the 24th-ranked Keys’ first in six matches against a top-ranked opponent. She had never won a set against a No. 1 player.

After dropping the first set and losing the first five games of the second, Swiatek rallied to win four straight, fighting off one match point before Keys clinched with a forehand winner to the ad court off a shot that clipped the net.

Swiatek won her first two matches against Keys, including 6-1, 6-0 earlier this year at Indian Wells.

“Obviously, there were a couple of games where I had match point,” Keys said in an on-court interview. “She beat me pretty badly the last time we played, so I was happy to get the win.”

Two-time Wimbledon champion Petra Kvitova advanced to the women’s quarterfinals with a 6-1, 4-6, 6-0 win over 2022 Wimbledon finalist and fifth-seeded Ons Jabeur.

No. 1 Daniil Medvedev advanced to the quarterfinals with a 7-5, 7-5 win over Denis Shapovalov. Medvedev is trying to shake off a second-round loss to Nick Kyrgios last week in Montreal and hone his game for the upcoming U.S. Open.