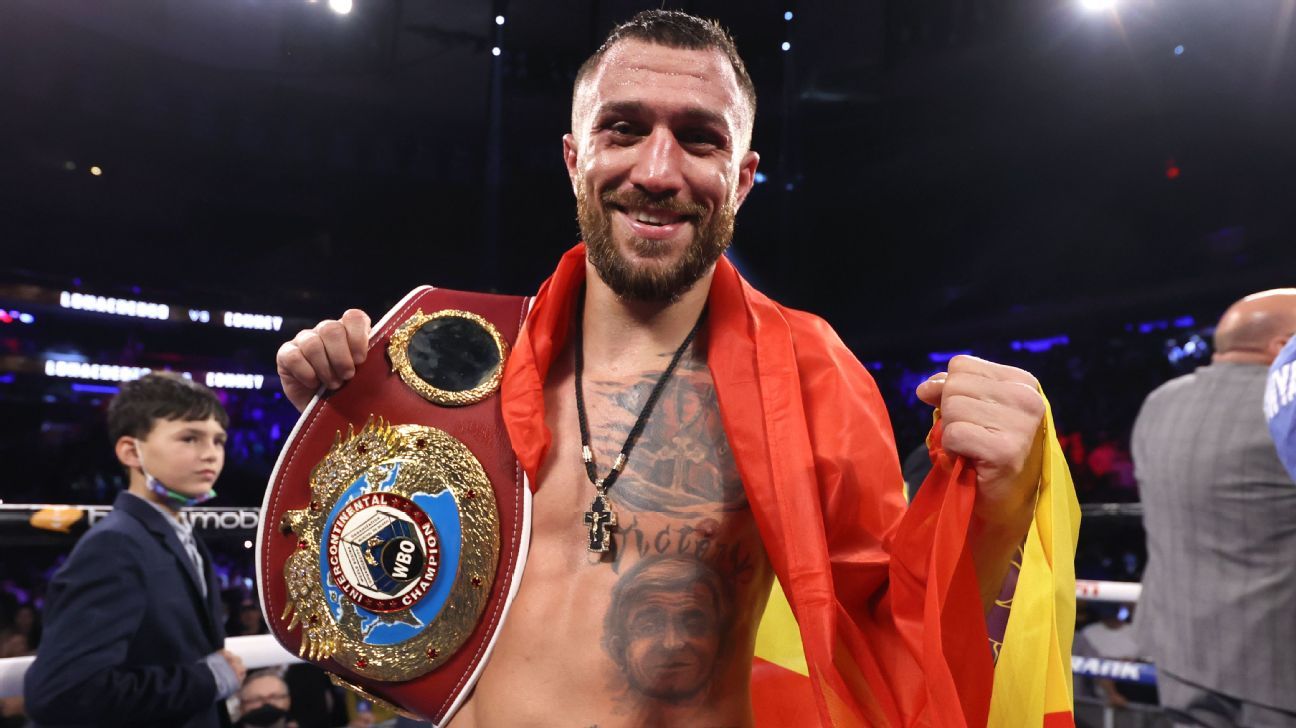 Vasiliy Lomachenko and Jamaine Ortiz have agreed to a deal for a lightweight fight that’s targeted for late October, sources told ESPN.

No site has been finalized for the Top Rank Boxing on ESPN main event, sources said.

Lomachenko, formerly ESPN’s pound-for-pound No. 1 boxer, last competed in December, recording a unanimous decision victory over Richard Commey. He agreed to a deal for a fight against George Kambosos for four lightweight belts in June, but instead elected to remain in Ukraine when Russia invaded.

The 34-year-old even joined a territorial defense battalion, as did his good friend, heavyweight champion Oleksandr Usyk, who meets Anthony Joshua in a rematch on Saturday.

Haney and Kambosos are set for an Oct. 15 rematch in Melbourne, Australia, on ESPN, and the winner could be lined up for a defense vs. Lomachenko next year.

In the meantime, Lomachenko will prepare for the potential summit meeting with a matchup against Ortiz (16-0-1, 8 KOs), who broke out with a unanimous decision victory over Jamel Herring in May that led to the former champion’s retirement.

The 26-year-old from Worcester, Massachusetts, has never faced anyone close to Lomachenko’s level, and even the Herring fight was a quantum leap in competition. Ortiz’s lone blemish is an eight-round draw with Joseph Adorno last year.

Lomachenko, a two-time Olympic gold medalist, lost his three lightweight titles to Teofimo Lopez in 2020 and subsequently underwent surgery to repair a torn rotator cuff. He’s rated No. 2 at lightweight and No. 9 in pound-for-pound rankings.

Yankees slugger Rizzo returns from injured list
Chargers QB Herbert ‘feeling more comfortable’
“He Is An X-Factor”: Australia Pacer Pat Cummins On Star Power-Hitter
What you need to know ahead of the 2022 Presidents Cup
Shields-Marshall megafight rebooked for Oct. 15