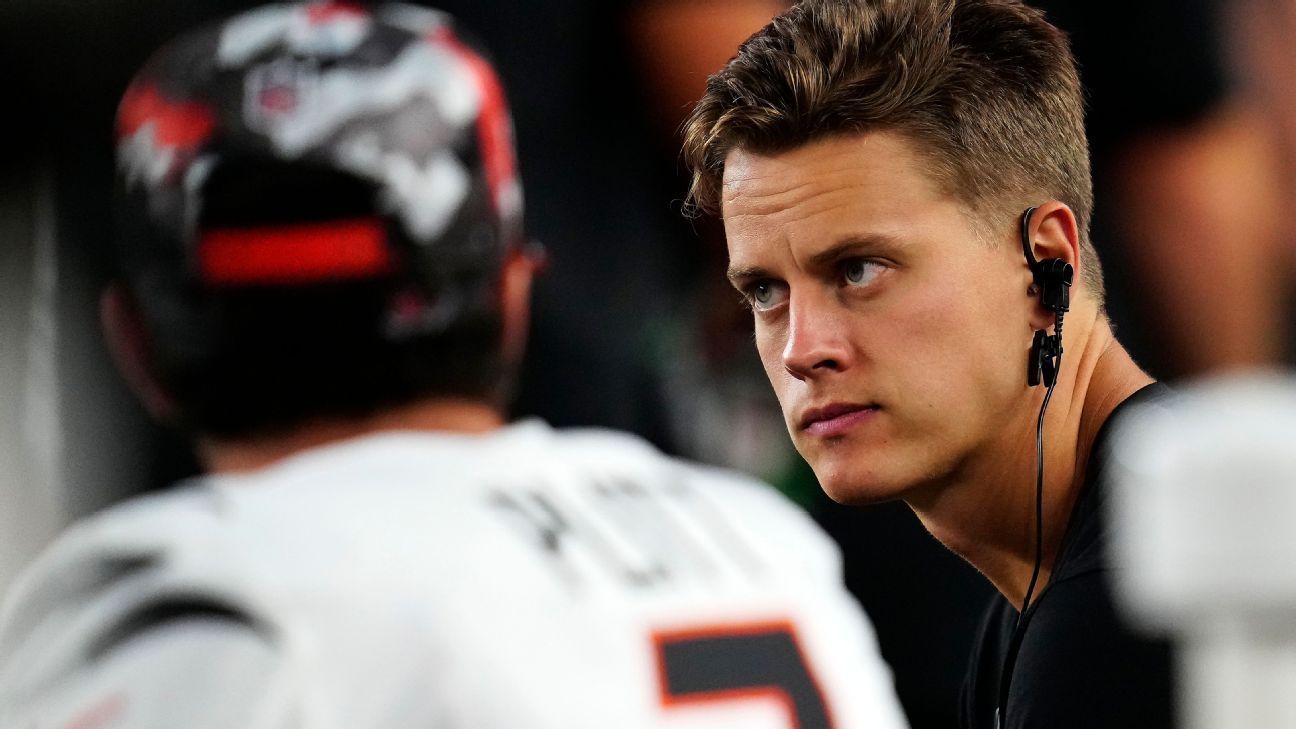 For the first time in training camp, Cincinnati Bengals quarterback Joe Burrow practiced. Nearly three weeks after he had his appendix removed, Burrow donned his orange No. 9 jersey and participated in several drills throughout Sunday’s practice.

All of his work in team drills came in a 7-on-7 period that was more strenuous than coach Zac Taylor anticipated.

“We talked about doing two reps in 7-on-7,” Taylor said after practice. “And then he took 10. That’s how it goes sometimes.”

Previously, Burrow’s most notable work during practice occurred last Monday when he did some light tosses during an impromptu walkthrough.

On Sunday, Burrow decided to extend his limits.

Burrow took the entirety of the reps during that 7-on-7 drill. That also eased the workload on the rest of the team’s quarterbacks following Brandon Allen‘s concussion in last Friday’s preseason game against the Arizona Cardinals.

Burrow’s most notable passes were two long completions — one to veteran receiver Trenton Irwin and the other to rookie Kwamie Lassiter II. Bengals wide receiver Ja’Marr Chase, who watched the bulk of Burrow’s throws during that 7-on-7 period, said having the team’s star quarterback took what the defense was willing to allow as the quarterback brought positive energy to practice.

“It’s funny because every pass he threw today, I was calling it out before he threw it,” Chase, who also played with Burrow at LSU, said. “I think I still know him perfectly fine.”

Cincinnati is looking to replicate last season’s success that featured a Super Bowl run that Burrow spearheaded. The top overall pick in the 2020 draft completed 70.4% of his passes for 4,611 yards, 34 touchdowns and 14 interceptions as the Bengals played for the Lombardi Trophy for the first time in 33 years.

The Bengals have been hesitant to release any firm timetables for Burrow’s practice acclimation following the appendectomy July 26. Taylor said he was uncertain on when Burrow will return to full participation.

But he was with his teammates Sunday. It was the first time that Burrow, new tight end Hayden Hurst and all the returning players from last year’s Super Bowl run practiced together since organized team activities.