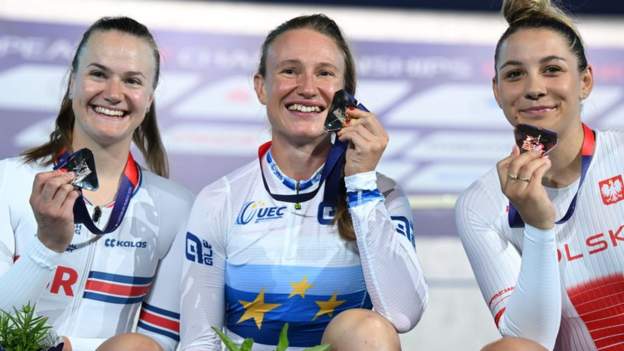 The 23-year-old was second in the women’s 10km scratch race to Norway’s Anita Yvonne Stenberg.

Britain’s men won bronze in the team pursuit with victory over Germany, and in the team sprint by beating Poland.

GB’s Charlotte Worthington was out of the BMX freestyle medals as the Olympic champion crashed on both her runs.

The 26-year-old, who was the first woman to land a 360-degree backflip in competition when triumphing in Tokyo last year, could not match that performance.

She finished last of the eight finalists, while Worthington’s team-mate Sasha Purdoe, 16, was sixth with a score of 64.60 as Czech rider Iveta Miculycova took gold (80.00).

In the men’s event, Britain’s Declan Brooks has been released from hospital after suffering concussion following a crash on Thursday, while Shaun Gornall and Kieran Reilly will ride in Saturday’s final.

On the track, Britain were eliminated from the women’s team sprint after they crashed in their heat, having earlier had a false start.

None of the riders were seriously injured although Sophie Capewell walked away from the track in tears.

The men’s team of Jack Carlin, Hamish Turnbull and Ali Fielding missed out on the final to France by just two-thousandths of a second.

But they came away with a medal after defeating Poland by 0.677 seconds in a time of 35.173 seconds, which was quicker than the French as they lost to Netherlands in the gold medal race.

Britain’s women were beaten by France to bronze in the team pursuit, with Germany edging out Italy in the final to give their stalwart rider Lisa Brennauer victory as she prepares to bow out after the Munich event.

GB’s men – a squad made up of Rhys Britton, Kian Emadi, Ollie Wood, Charlie Tanfield and Will Tidball – came away with bronze.

Their time of three minutes 52.373 seconds was 1.468 seconds ahead of their German opponents, while France beat Denmark for the title. 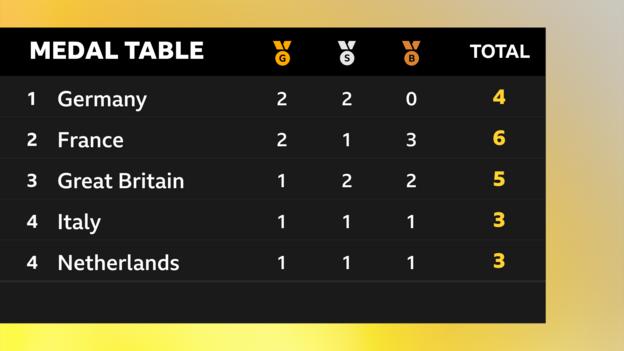