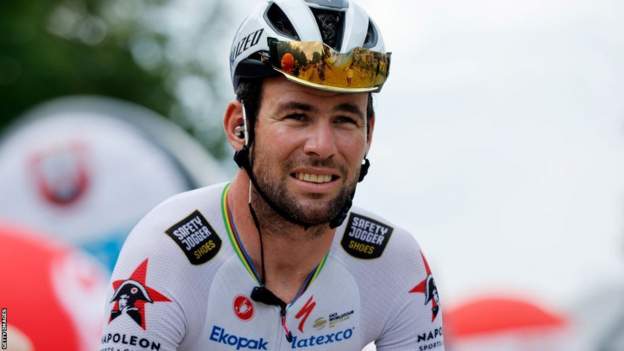 Mark Cavendish has quit the Tour of Poland to focus on the Commonwealth Games.

The Manx rider, 37, completed five stages of the seven-stage race, but his team Quick-Step Alpha Vinyl confirmed he would not start Thursday’s stage six.

He will compete at the Games in the 160km road race around Warwick on Sunday.

“I’m sorry to leave the boys and the race,” said Cavendish.

“But at the same time I’m looking forward to racing for the Isle of Man at this great event.”

Cavendish, who was a flag-bearer for the Isle of Man at the opening ceremony, won the island’s last Commonwealth gold medal in the scratch race at Melbourne in 2006.

However, he has not competed at the Commonwealth Games since 2010 where he finished seventh in the road race.