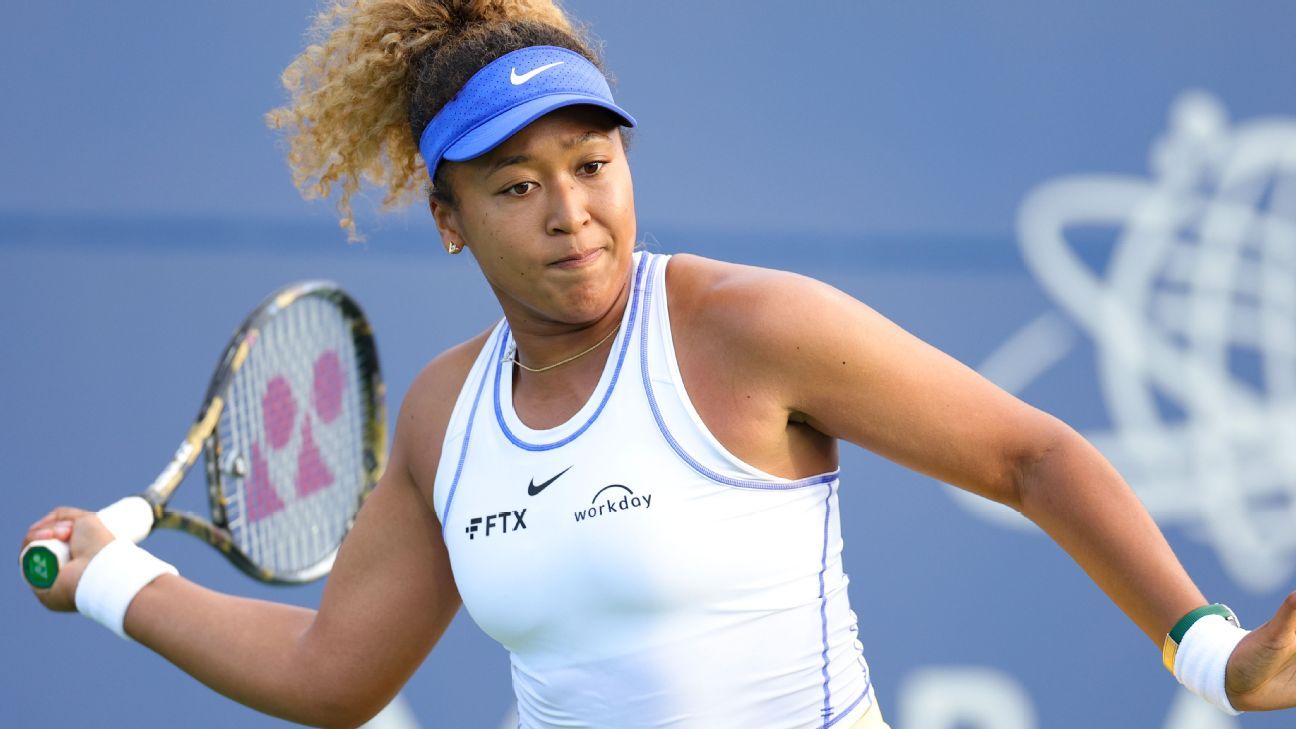 Osaka hit 11 aces and saved 7 of 8 break points in the hard-court tournament that serves as a tuneup for the U.S. Open.

Osaka, who had not played anywhere since a first-round loss to Amanda Anisimova at the French Open on May 23, was all smiles after the match, waving and clapping back at the crowd, which gave her a standing ovation.

“It’s really good to be back,” she said in her on-court interview after the win. “I’m just really happy.”

The former No. 1-ranked player was bothered by her left Achilles tendon during that defeat, then cited that lingering injury when she pulled out of Wimbledon in June. Osaka won the U.S. Open in 2018 and 2020.

Next up for Osaka is Coco Gauff, who won her match 6-0, 6-1 over Anhelina Kalinina. Osaka leads their head-to-head series 2-1, including a victory over Gauff at the 2019 U.S. Open. Gauff was the runner-up at this year’s French Open.