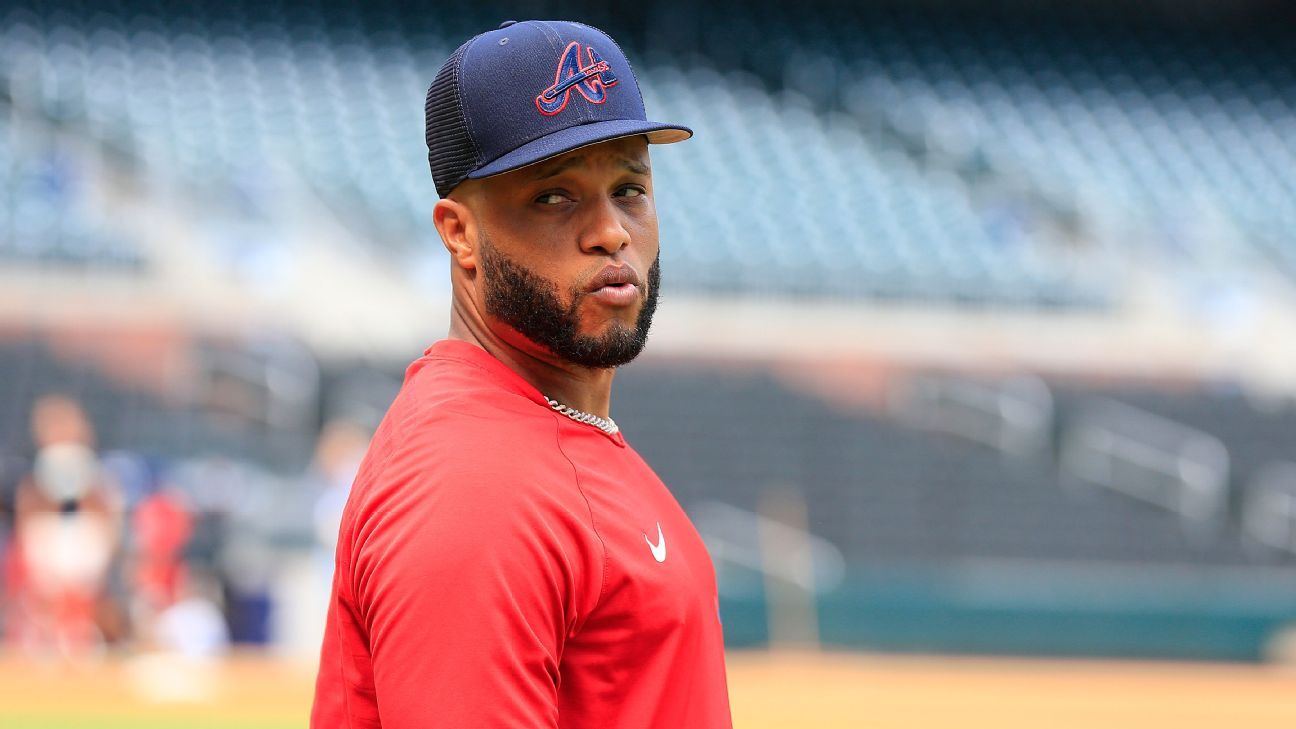 The Atlanta Braves designated infielder Robinson Cano for assignment on Monday after acquiring infielder Ehire Adrianza in a trade with the Washington Nationals.

Adrianza, 32, was hitting .179 with seven RBIs in 94 plate appearances over 31 games this season. The Nationals acquired outfielder Trey Harris in exchange for Adrianza, who played last season for the Braves and led major league baseball with 16 pinch hits.

Cano, who was acquired by the Braves in a trade with the San Diego Padres last month, hit .154 in 27 plate appearances in nine games for Atlanta.

Cano, 39, had been hitting .333 with three home runs and 20 RBIs in Triple-A El Paso, the Padres’ Triple-A affiliate. But he scuffled in the majors for the Padres, hitting just .091 in 34 plate appearances over 12 games.

The New York Mets released Cano in May after he hit just .150 with a home run and four RBIs in 43 plate appearances over 12 games. He missed the 2021 season while serving his second suspension for violating MLB’s policy on performance-enhancing drugs.

Overall, Cano is hitting .150 with the one home run in 104 major league plate appearances this season.

The Braves are still without second baseman Ozzie Albies, who fractured his foot in June. The Braves been relying on Orlando Arcia as his replacement.

Adrianza hit .247 with five home runs and 28 RBIs in 209 plate appearances over 109 games last season for the Braves, also appearing in 10 postseason games during Atlanta’s run to a World Series championship. The Braves are currently in second place in the National League East, trailing the first-place Mets by 3 games. They also occupy the NL’s first wild-card spot.

Harris, 26, was hitting .238 with two home runs and 16 RBIs for Double-A Mississippi this season.

The Mets owe Cano nearly $45 million remaining on his original 10-year, $240 million contract he signed with the Seattle Mariners in 2013.