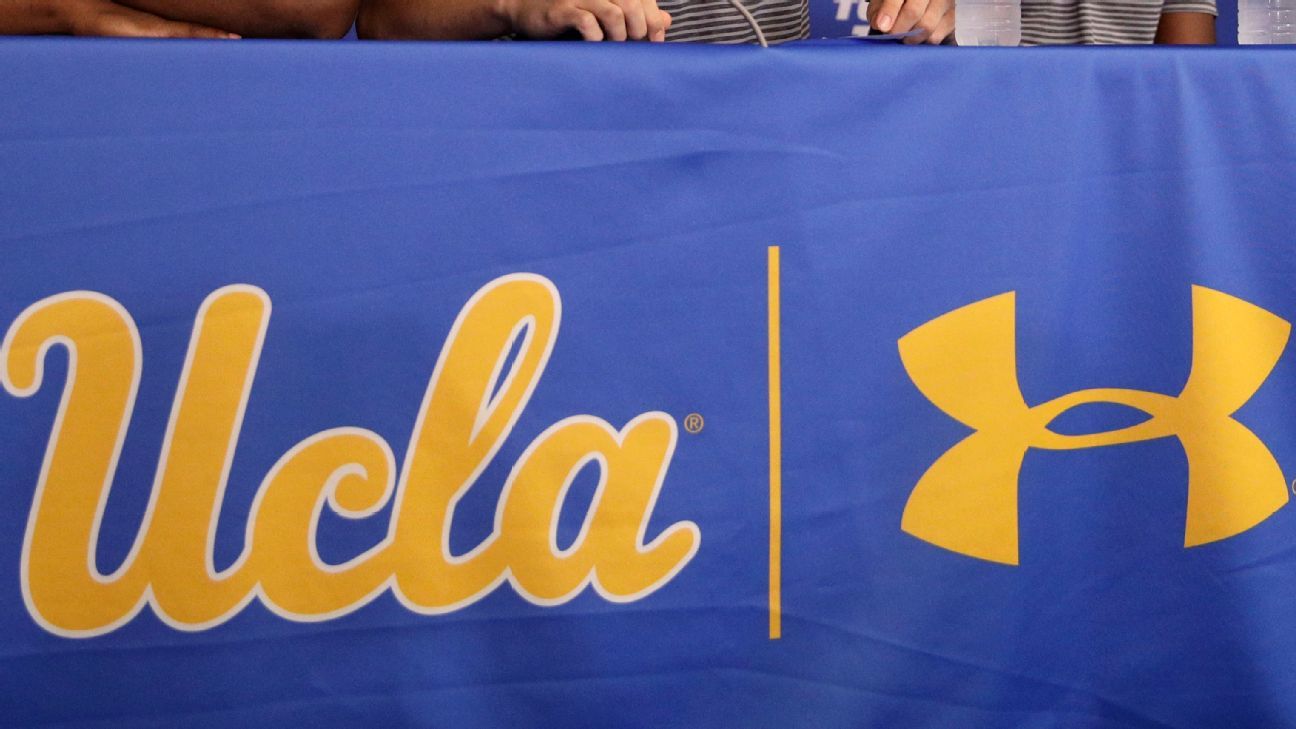 UCLA will receive about $67.5 million from Under Armour as part of a settlement to resolve the school’s lawsuit against the apparel company for terminating a record apparel sponsorship deal, according to a document obtained by ESPN.

On May 26, the two sides agreed to the settlement, which required Under Armour to pay UCLA $67,491,275, and absolves both parties of any liability. In June 2020, Under Armour informed UCLA that it intended to terminate a 15-year, $280 million deal to be the school’s apparel sponsor, citing “marketing benefits” that UCLA had not provided “for an extended time period.” Under Armour attempted to invoke the force majeure clause in the agreement after UCLA stopped all athletic events after the COVID-19 pandemic began.

The deal, signed in 2016, was the largest sponsorship agreement in college sports history at the time.

In August 2020, UCLA sued Under Armour for more than $200 million for breach of contract. In September 2021, Under Armour countersued UCLA, claiming the school violated a separate agreement by covering Under Armour logos with social justice patches on the uniforms of its football and basketball teams. Both lawsuits have been dropped in light of the settlement, which includes a mutual non-disparagement clause.

“UCLA is one of the most recognized and respected collegiate names around the globe,” Mary Osako, UCLA’s vice chancellor of strategic communications, said in a statement to ESPN. “We are gratified to have resolved this matter in a way that benefits our student-athletes and the entire Bruin community.”

UCLA in June announced it would leave the Pac-12 to join the Big Ten in 2024, and cited financial struggles as a reason for the conference shift. The Los Angeles Times reported in January that UCLA’s athletic department has a debt of more than $100 million, which stems in part from the loss of the Under Armour agreement. In December 2020, UCLA announced a six-year partnership with Nike and the Jordan Brand that will pay the school $46.45 million.

“I inherited a deficit with UCLA athletics,” athletic director Martin Jarmond told ESPN in July. “So when you have a significant financial challenge, it’s difficult to just maintain, never mind to invest. This move [to the Big Ten] not only preserves the programs we have now but also allows us to invest in them in levels that can lead to more competitive success.”

“Under Armour remains committed to all student athletes and wishes UCLA and the entire Bruin community well,” the company said in a statement.