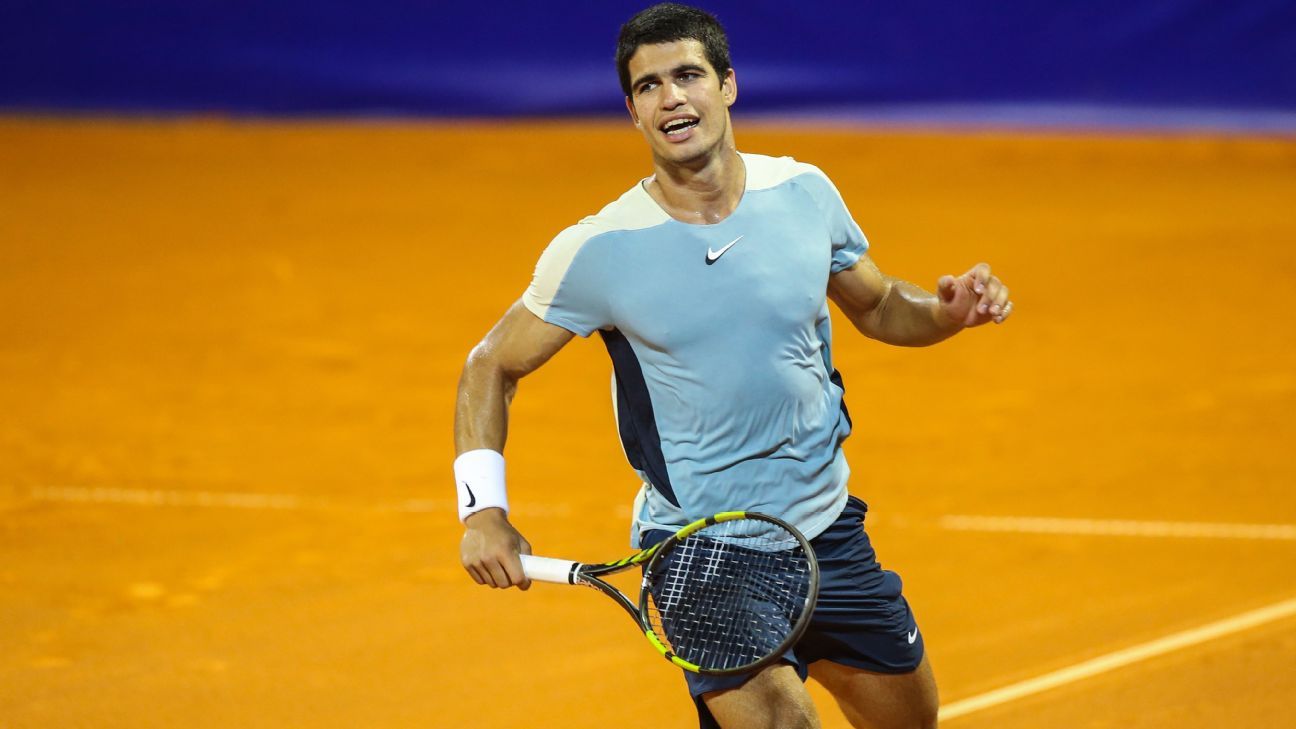 UMAG, Croatia — Top-seeded Carlos Alcaraz raced past Facundo Bagnis 6-0, 6-4 at the Croatia Open on Friday to reach his seventh semifinal of the year.

Alcaraz, 19, is defending the first ATP title he won in the coastal town of Umag last year.

Fifth-ranked Alcaraz, from Spain, saved the only break point he faced as he improved his 2022 record on clay to 26-3.

Second-seeded Jannik Sinner reached his first semifinal this year after a 6-4, 7-6 (5) victory over Roberto Carballes Baena.

Zeppieri failed to serve the match out at 6-5 in the second set before prevailing in the tiebreaker.

“I’m very happy, obviously,” Sinner said. “I’ve won many matches but I think I’ve had some unfortunate moments this year.”

Sinner will face Franco Agamenone who surged past 2018 Umag champion Marco Cecchinato 6-2, 6-1 in a match between Italian qualifiers.