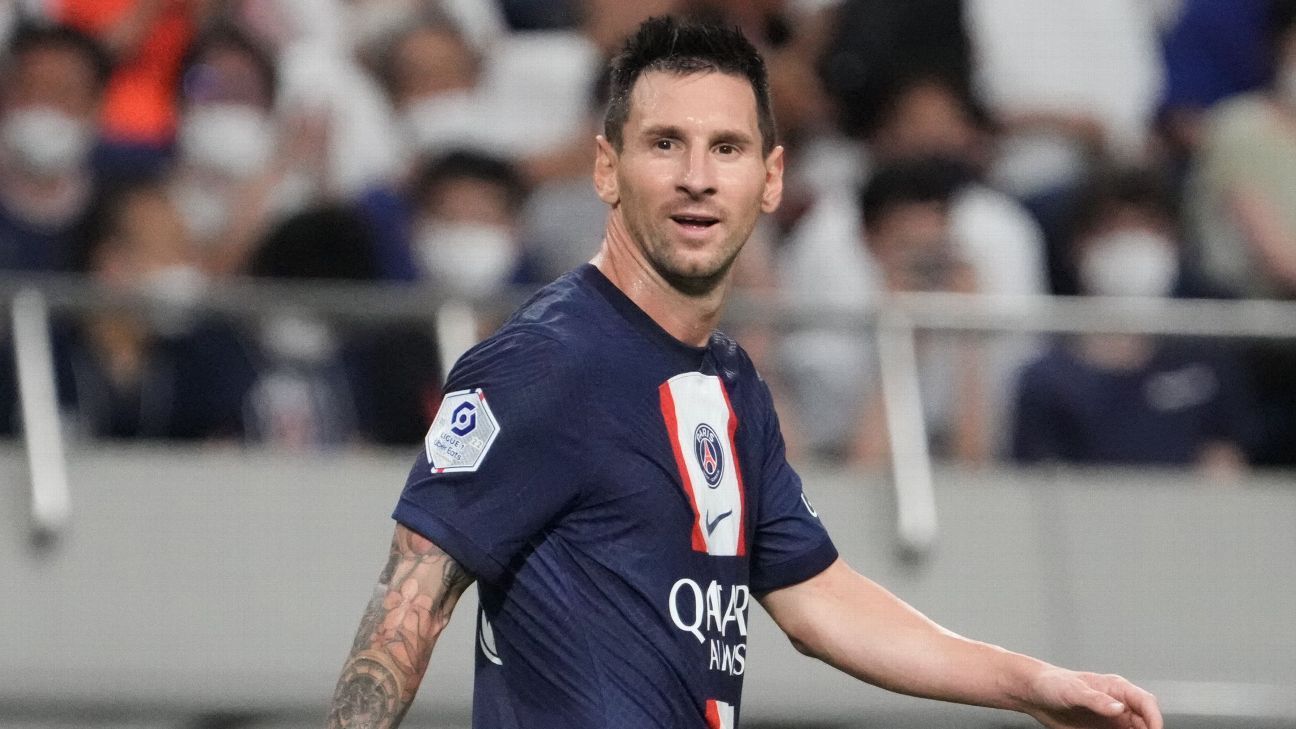 Barcelona president Joan Laporta has told ESPN that Lionel Messi‘s “chapter” at the club is “not over” and considers it his responsibility to ensure the forward has a “more beautiful ending” at the Camp Nou.

Messi ended his 21-year spell at Barca when the club could not afford to renew his contract last summer, with the forward subsequently joining Paris Saint-Germain, which he helped to the Ligue 1 title.

– Barca store can’t sell Lewandowski shirts after it ran out of ‘W’s
– Stream ESPN FC Daily on ESPN+ (U.S. only)
– Don’t have ESPN? Get instant access

“Messi was everything,” Laporta said exclusively to ESPN.

“To Barca, he’s been possibly its greatest player, the most efficient. To me he’s only comparable to Johan Cruyff. But it had to happen one day. We had to make a decision as a consequence of what we inherited. The institution is in charge of players, coaches.

“I would hope that the Messi chapter isn’t over. I think it’s our responsibility to try to … find a moment to fix that chapter, which is still open and hasn’t closed, so it turns out like it should have, and that it has a more beautiful ending.”

Laporta has previously spoken of his desire to return Messi to Barca, where he won the Ballon d’Or on six occasions, as well as holding the club’s records for goals (672) and appearances (778.)

The Argentina forward has a year remaining on his contract at PSG, with the option of a further year.

On Friday, Barcelona sold a further 15% of their domestic television rights to the global investment firm Sixth Street, with sources telling ESPN the deal is worth around €320 million.

The move will help fund a number of expensive transfer moves this summer, including the arrivals of Robert Lewandowski from Bayern Munich and Raphinha from Leeds United.

“At the moment, we have a positive net worth. In about a month, we have earned close to €650m,” Laporta said.

“We’ve had to move fast. The TV rights were sold, 25% of them, and that has added important revenue. The club is on path to being sound; financially the club is better with the money that’s come in, and we’ve been able to pay back €100m of the credit we had through Goldman Sachs.

“What’s more, it needs to be said, the club is back to being sound economically, but we have to work harder to increase our earnings, not from selling shares but not by profiting through them.”

New signing Raphinha helped Barca to a 1-0 friendly win over rivals Real Madrid in Las Vegas on Saturday, with the club due to face Juventus in Dallas on Wednesday.

All three clubs led the charge for the failed European Super League, which remains embroiled in a legal dispute with UEFA and FIFA.

The Court of Justice of the European Union is due to rule next year on whether the governing bodies have the right to block clubs from joining a breakaway league and penalise players.

Laporta said: “Right now we have a calm approach about it, not wanting to upset anyone, encouraging dialogue with institutions in Europe, be they political or sport, and make it the most attractive competition in the world. It’s got be be an open one, and we at Barcelona have said that. We’re also going to respect the state bodies in Europe, UEFA in this case.

“We’re open to discussion, but what it is going to be is a competition where the clubs will be able to exercise their power to make their own decisions. At the end of it, we are the ones that are supporting the weight of what is European football. That’s where it can be the most attractive competition in the world if we do it right, and I’m sure we’re going to do it right because the law protects us.

“Additionally, the clubs have reached a point where we have to come up with rules that allow us to compete with state-owned clubs whose resources don’t come from football but through other industries, so they distort European football and make all this unsustainable. Clubs with the pedigree and history like Juve and Barca see a threat from these clubs that throw money at the problem and distort the market.”