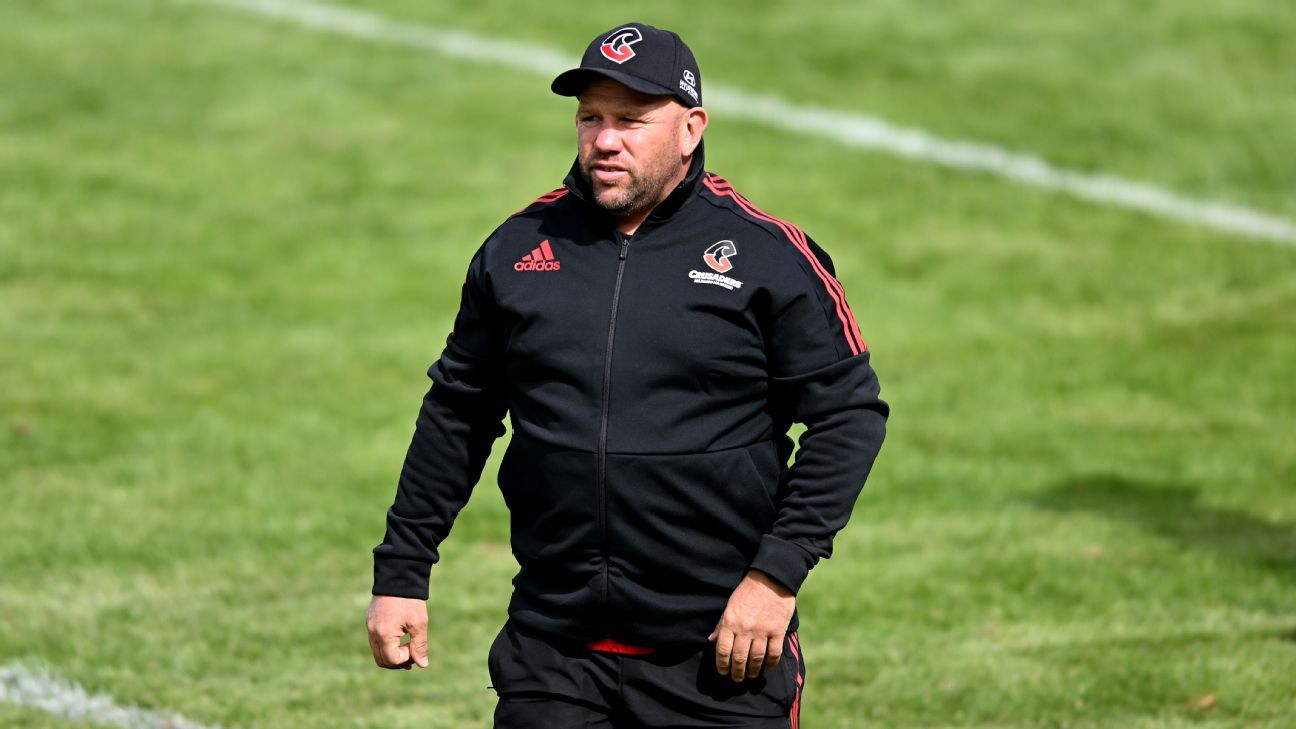 Embattled All Blacks coach Ian Foster has ditched specialist coaches John Plumtree and Brad Mooar in a bid to turn around their poor form following the series loss against Ireland earlier this month.

Jason Ryan has left the Canterbury Crusaders to replace Plumtree as forwards coach while Foster will work with the backs in the short term as the All Blacks prepare for back-to-back meetings with South Africa in the the Rugby Championship.

“Jason is a proven performer with plenty of experience at international level,” said Foster.

“Last year we witnessed first-hand the impact he has made on Fiji’s forwards, adding to his continual growth as the forwards coach of the Crusaders.

“His appointment now is clearly with an eye to the future and to the Rugby World Cup 2023.”

Foster has come under increasing pressure to address shortcomings within his set-up after the All Blacks suffered their first series loss on home soil since 1994 at the hands of the Irish earlier this month.

The 2-1 series defeat means Foster’s All Blacks have lost four of their last five matches.

Former Ireland coach Joe Schmidt will begin his role as an independent selector while also working with Foster on overall strategy and attack play.

Schmidt helped oversee preparations for the second test against Ireland, which New Zealand lost 23-12, with Foster sidelined due to COVID-19.

“Right now, I am really feeling for two fine men who are great rugby coaches that made an enormous contribution to the All Blacks,” Foster said of Plumtree and Mooar.

“I have no doubt both coaches will go on to great success and I want to thank them for their hard work.”