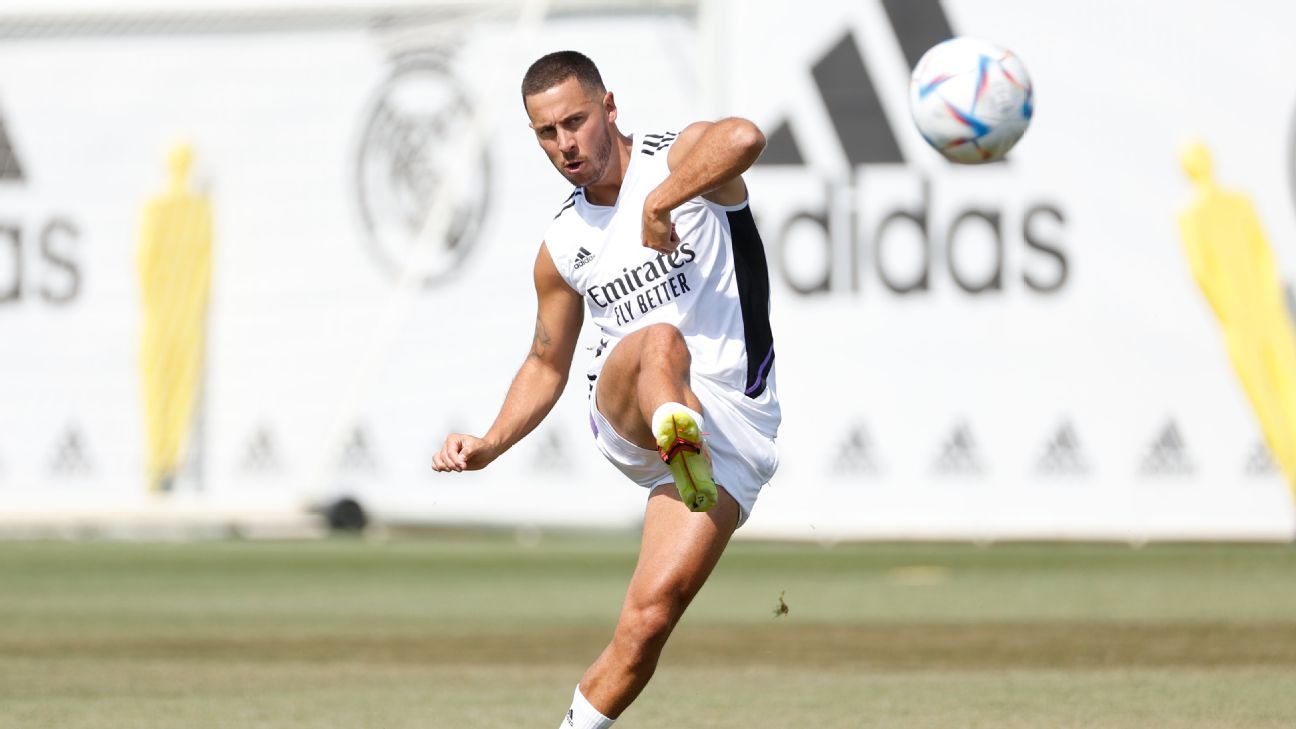 Eden Hazard has told ESPN that he is not thinking about a move to Major League Soccer for now as he vowed to prove himself at Real Madrid this season.

Hazard has experienced torrid luck with injuries since he joined Madrid from Chelsea three years ago, making just 66 appearances and scoring six goals since then.

But the Belgium winger is fit again and says that his “only target” is making up for lost time with Madrid during this campaign.

“It’s been a few seasons that I was not playing that much, so for me… I just want to show what I can do on the pitch — that’s my only target.”

Asked about the possibility of moving to MLS in the future like his former Madrid teammate and new Los Angeles FC recruit Gareth Bale, Hazard said: “I don’t think about that that much now, I’m just focused.

“It’s been three years [which have been] hard for me, so I’m just focused on this season. I still have a contract after two more years, and then we’ll see. In two years I’m going to be 33, so let’s see what can happen.”

Hazard admitted he had struggled to understand his multiple injuries at Madrid given he rarely suffered from them at Chelsea.

“When you play football, you just want to be on the pitch, and when you are out [of] the pitch… [You think] ‘What’s happened?’ because I was not injured before and so it was something new for me to be injured, so you have to learn,” Hazard said.

“It’s a way to learn the way you have to do things, your body, you take care [of] in different ways, you work more with physios, this kind of thing. But it’s a good challenge now… I’m healthy, so I’m just ready to play.

“It’s not that easy, especially when you don’t know why you’re injured. I’ve been injured at my time at Chelsea, but not like those three years with Real Madrid. I knew that it was something wrong with my body, so that’s why I asked to do the surgery at the end of the season last year.”

But Hazard said he had not made sweeping changes ahead of the new season.

Hazard added: “I spent two weeks with Belgium at the end of the season, I was able to play four games, not 90 minutes, and then… also in my mind I was like ‘OK, I can play, I don’t feel any pain anymore, so let’s go forward.

“Then I just enjoyed my holiday, I worked a bit — between [the season ending and preseason starting] it’s only one month, so just to be ready for preseason. I did enough.

“I’m healthy, thank you for that, I can play, I can do what I want on the pitch, so I hope I’m going to stay fit two, three more years. I still want to enjoy my game and that’s why I’m here.”