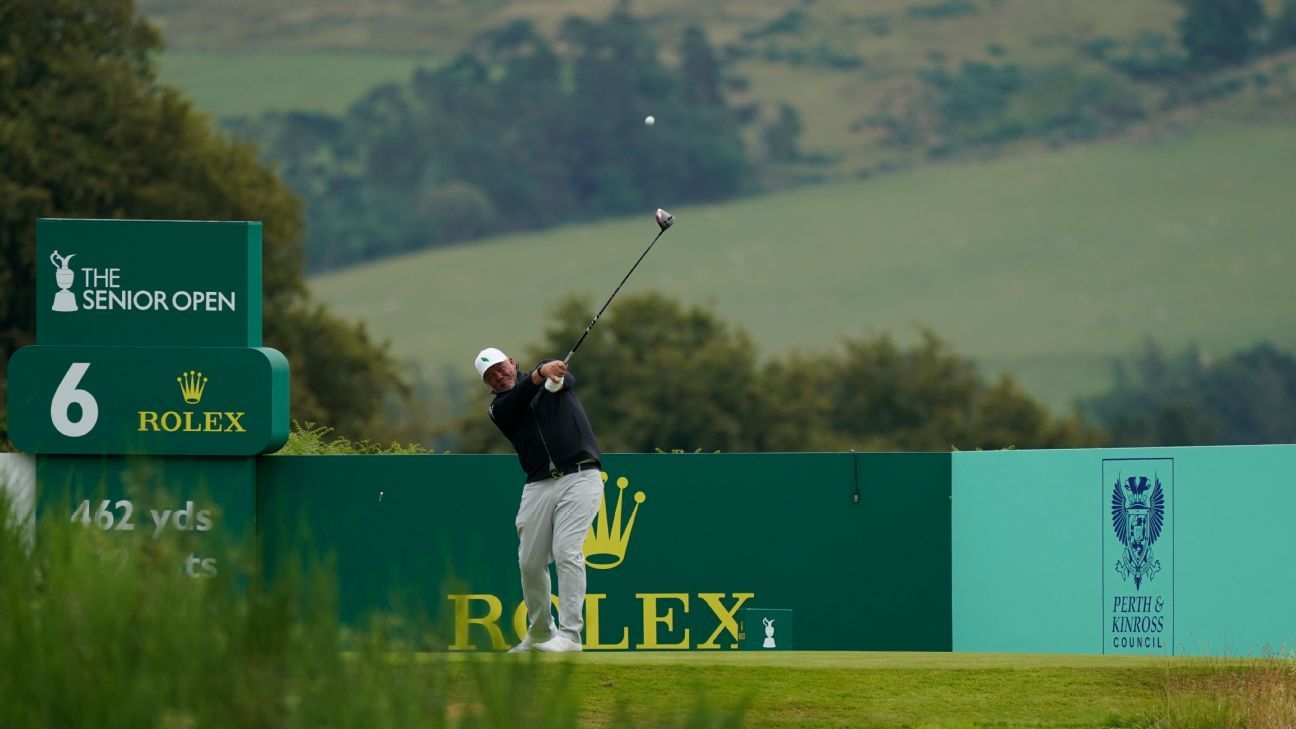 GLENEAGLES, Scotland — Chasing a maiden senior major title, Darren Clarke opened a 2-shot lead at the Senior British Open after the second round at Gleneagles on Friday.

Clarke, from Northern Ireland, shot a 3-under 67 that left him alone on top of the leaderboard, at 8 under. He had two bogeys and a birdie on the front nine but an excellent back nine punctuated by four birdies.

“Around the front nine today, I was so-so,” Clarke said. “My right foot slipped a couple of times, but apart from that I played really nicely.”

Scott Parel of the United States was 2 back after an up-and-down 68.

Stoops on Calipari football dig: ‘I stay in my lane’
Which NFL teams added new No. 1 wideouts this offseason? Why 12 moves could work out — or fail
Amy Pieters: Dutch cyclist moves to an intensive neuro-rehabilitation facility in the Netherlands
Mets’ deGrom dominant again, K’s 10 in 1-0 win
Sources: Jets QB Wilson set to miss 2-4 weeks