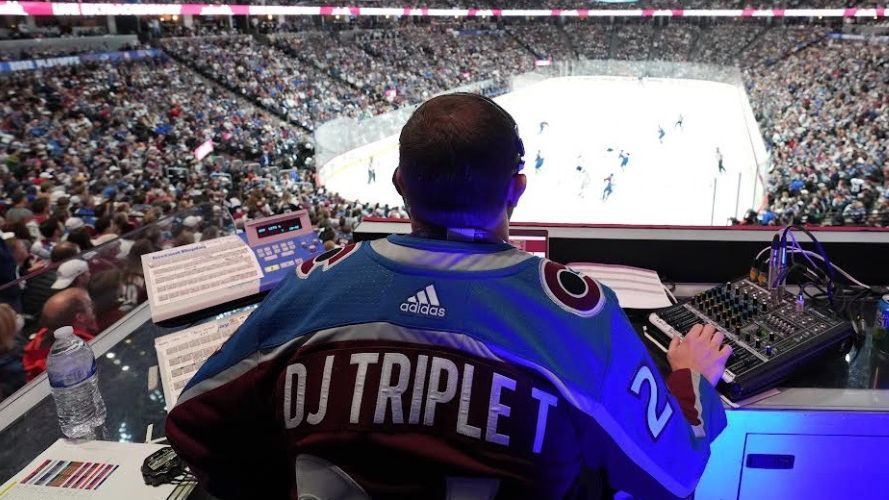 DENVER — It’s the third period at Ball Arena. The Colorado Avalanche are playing in the Stanley Cup Final against the Tampa Bay Lightning, but hockey is about to take a brief back seat to a millennial singalong for 18,000 fans.

The familiar opening chords to Blink-182’s “All The Small Things” echo through the arena and the Colorado fans sing the lyrics en masse. As the Avalanche and Tampa Bay Lightning players return to the ice after a brief timeout, the music drops out — but the voices carry, acapella style.

“It’s a phenomenon made by the fans,” Craig Turney, a.k.a. DJ Triple T, told ESPN.

The place to be! Hoping for more of this over at Tivoli tonight.#GoAvsGo pic.twitter.com/d4o8GVVzbu

He’s been the Avalanche’s game night DJ since 2007. In Fall 2019, he was listening to a local radio station’s “Throwback Thursday” when it played Blink-182 classic, conjuring images of their boyband-parodying music video from 1999.

So he decided to throw it into the rotation for Avalanche home games. “The very first time we did it, the music dropped down and we could hear some people singing. By the end of the next game, we felt like we had something. And then we had to figure out the best way to deploy it,” said Turney.

The song usually hits midway into the third period, but exactly when it hits is entirely dependent on the game.

“We didn’t force it down their throats. It’s all based on feel. It doesn’t have to do if we’re winning or losing or whatever. It’s all about whether it feels right to play it at that point in the game,” said Turney.

That approach has rarely failed him … except in last year’s playoffs, in a 7-1 Game 1 win for the Avs against the Vegas Golden Knights.

“One night it was really bad, against Vegas last year in the playoffs. We were going to play it, then there was a 10-minute penalty, then we scored a couple more goals. So we ran out of time. You live, you learn,” said Turney, who also DJs at Denver Broncos games.

The song has quickly become a tradition at Avalanche games and its connection to the team has extended beyond the rink. Turney gets tweets and snaps of Avs fans singing the song. He said one fan reached out on Twitter to let him know that their grandmother asked them to print out the lyrics so she could sing along with the crowd at the game.

DJ Triple T was recently gifted a surprise by the Avalanche game ops department this postseason when they enlisted Blink-182 bassist Mark Hoppus to film an intro for the song.

He was also pleased when Colorado forward Nicolas Aube-Kubel was caught signing along to the song on the bench.

Other arenas have their own singalongs too. “Mr. Brightside” by The Killers is a popular choice. At Chicago Blackhawks games, “Chelsea Dagger” by the Fratellis is the track. It’s the hockey answer to singing “Sweet Caroline” at Fenway Park during Boston Red Sox games.

“We’re in the business of taking good ideas from other teams. If I see something working really well in another arena, I’m going to do it. But I won’t do it when that team comes in,” said Turney. “Nobody will ever use ‘Chelsea Dagger’ other than the Blackhawks.”

No matter where it’s played, Turney is happy to have created a new hockey tradition in Denver. “When you get 18,000 people doing the same exact thing, it’s amazing. I get chills. I sit back in awe,” he said.