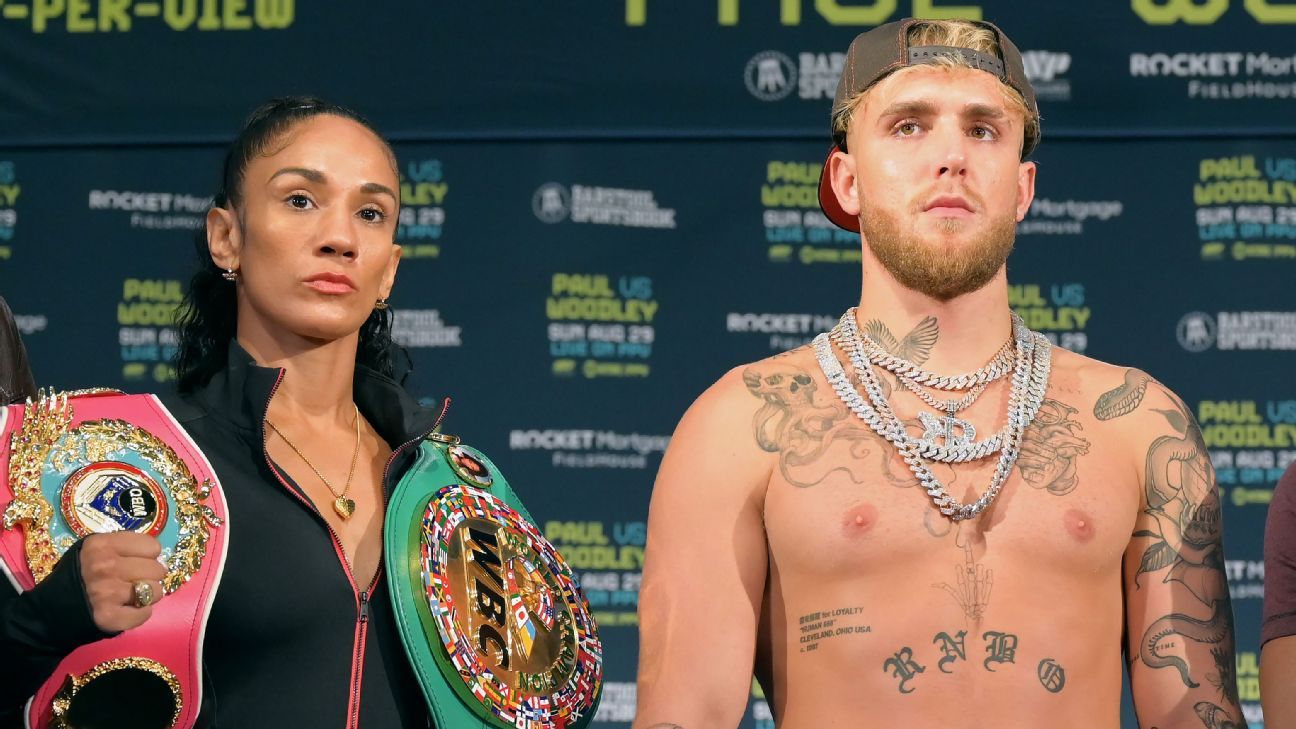 Paul will fight Tommy Fury and Serrano will have a mandatory title defense against Brenda Carabajal.

Paul (5-0, 4 KO) was supposed to fight Fury for his last fight in December before Fury pulled out of the fight because of injury. Now, instead of fighting in Tampa, they’ll face off against one another in New York.

Fury (8-0, 4 KO), the younger brother of heavyweight champion Tyson Fury, will be the first boxer Paul has faced in his career after his first five fights came against mixed martial arts fighters, YouTube celebrities and former NBA basketball player Nate Robinson. Fury, too, has a history in reality television, having appeared on British show Love Island.

The fight again looked like it might be in jeopardy in the past few days, according to Paul on his social media accounts, but he announced the fight Thursday morning.

Here we go back in @TheGarden August 6th on @ShowtimeBoxing @jakepaul & I will be doing a
Dual-Main Event!

Serrano (42-2-1, 30 KO), from Brooklyn, New York, will fight at featherweight for the first time since August, when she beat Yamileth Mercado by unanimous decision. It’s the first fight for Serrano since her split-decision loss to Katie Taylor at MSG on April 30 — a fight that sold out the Garden and has been considered the best fight in women’s boxing history. It was Serrano’s first loss in just over a decade.

After two fights at lightweight — a win over Miriam Gutierrez and the loss to Taylor — Serrano will be back at the weight where she has multiple titles.

The 31-year-old Carabajal (18-5-1, 9 KO), from Argentina, last fought in May, when she beat Debora Anahi Dionicius by majority decision for the interim WBO title. She has previously lost attempts to win the IBF featherweight title against Sarah Mahfoud in 2020 and fought twice for the WBO lightweight title losing to Rose Volante in 2017 and Yohana Belen Alfonzo in 2016. She has never been stopped in her career.

The news conference for the fight will be Wednesday.