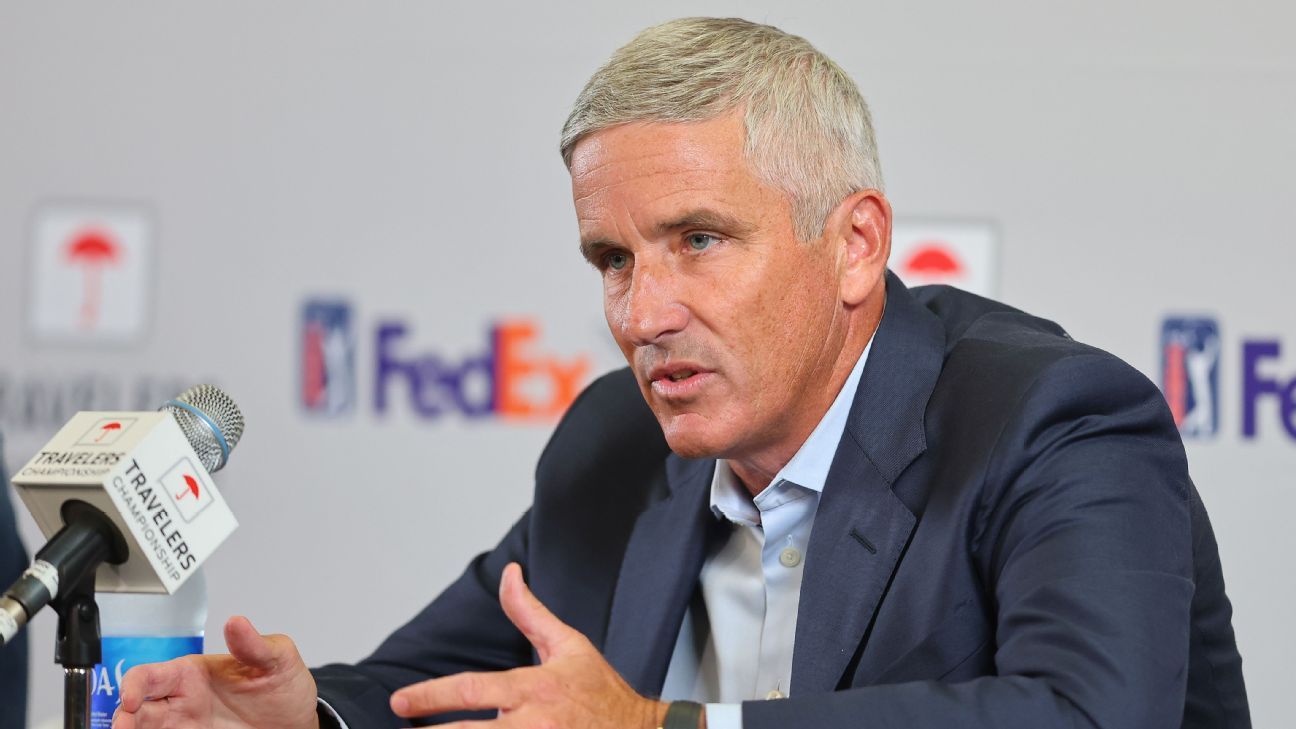 If there was any doubt about the venom brewing between the PGA Tour and the rival LIV Golf Invitational Series, the latest salvo was delivered by the breakaway circuit on Wednesday.

“As I also said to the players [on Tuesday], let me be clear: I am not naive,” Monahan said during a news conference at the Travelers Championship in Cromwell, Connecticut. “If this is an arms race and if the only weapons here are dollar bills, the PGA Tour can’t compete. The PGA Tour, an American institution, can’t compete with a foreign monarchy that is spending billions of dollars in an attempt to buy the game of golf.

“We welcome good, healthy competition. The LIV Saudi Golf League is not that. It’s an irrational threat, one not concerned with the return on investment or true growth of the game.”

Koepka, an eight-time winner on tour who has earned nearly $38 million during his career, is the latest PGA Tour member to be lured away by a signing bonus of more than $100 million, sources told ESPN. He joins other major winners Dustin Johnson, Bryson DeChambeau and Patrick Reed among the defectors.

“Currently, no one organization owns or dominates the game of golf,” Monahan said. “Instead, the various entities, be it Augusta National or the USGA or the LPGA or the PGA Tour or the PGA of America, work together to meet our own respective priorities, but with the best interests of the game overall at heart.

“But when someone attempts to buy the sport, dismantle the institutions that are intrinsically invested in its growth, and focus only on a personal priority, that partnership evaporates, and instead we end up with one person, one entity, using endless amounts of money to direct employees, not members or partners, toward their personal goal, which may or may not change tomorrow or the next day. I doubt that’s the vision any of us have for the game.”

“These increases will be funded by sponsor support and supplemented in the short term by the operating reserve,” Monahan said in the memo. “Please note these amendments to the Resource Allocation do not affect previously announced prize money increases at other events.”

The PGA Tour is reverting back to a calendar-year schedule, with the FedEx Cup season taking place between January and August.

The tour also plans to add three events in a global golf series that will feature purses worth as much as $25 million and fields consisting of the top 50 players from the previous season’s FedEx Cup points standings. Those events, which will rotate in cities in Europe, Asia and the Middle East, might be added to the schedule in 2024.

Going forward, only the top 70 on the points list will be fully exempt the next season, including the invitationals with increased purses. Those who finish outside the top 50 in the future can play in fall events to earn a spot in the invitationals or remain in the top 125 to keep their tour cards and priority status.

World No. 1 golfer Scottie Scheffler said he was impressed with the changes the PGA Tour has proposed.

“The money that we have on the PGA Tour, I never dreamt of playing for this much money as I do now,” Scheffler said. “I don’t know how much money I’ve made this year, but it’s definitely more than I deserve for whacking a little white golf ball around. For me, the memories that I have playing on this tour and the dreams I have of wanting to be on this tour, it can’t be replaced by anything financial.

“Money’s money, and it’s not something that I’m trying to let control how I live my life.”