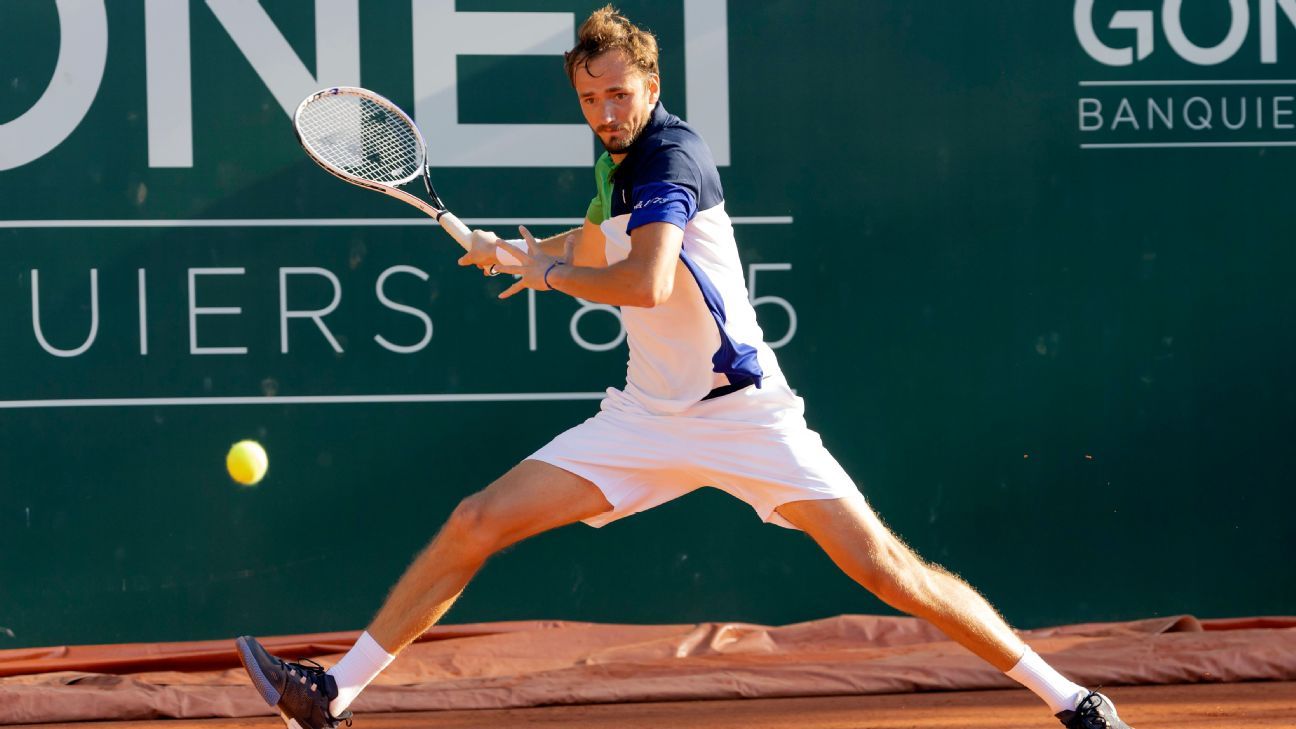 GENEVA — Second-ranked Daniil Medvedev lost his comeback match Tuesday after a six-week injury layoff, beaten 6-2, 7-6 (5) by Richard Gasquet in the second round at the Geneva Open.

Medvedev, who underwent hernia surgery last month, cautioned Sunday he was often a slow starter on clay courts. So it proved in his first match on the surface this season, in the last tournament before the French Open.

Unlike Medvedev, Gasquet has won titles on clay in his career, and the 35-year-old Frenchman frustrated his top-seeded opponent in an assured first set.

Medvedev had three double faults when his serve was broken to open the second set, and he broke a racket on the court in the next game.

Medvedev leveled at 3-3 and clinched the next game at love with a second-service ace.

In the tiebreaker, Medvedev twice recovered from being a mini-break down before his serve faltered again.