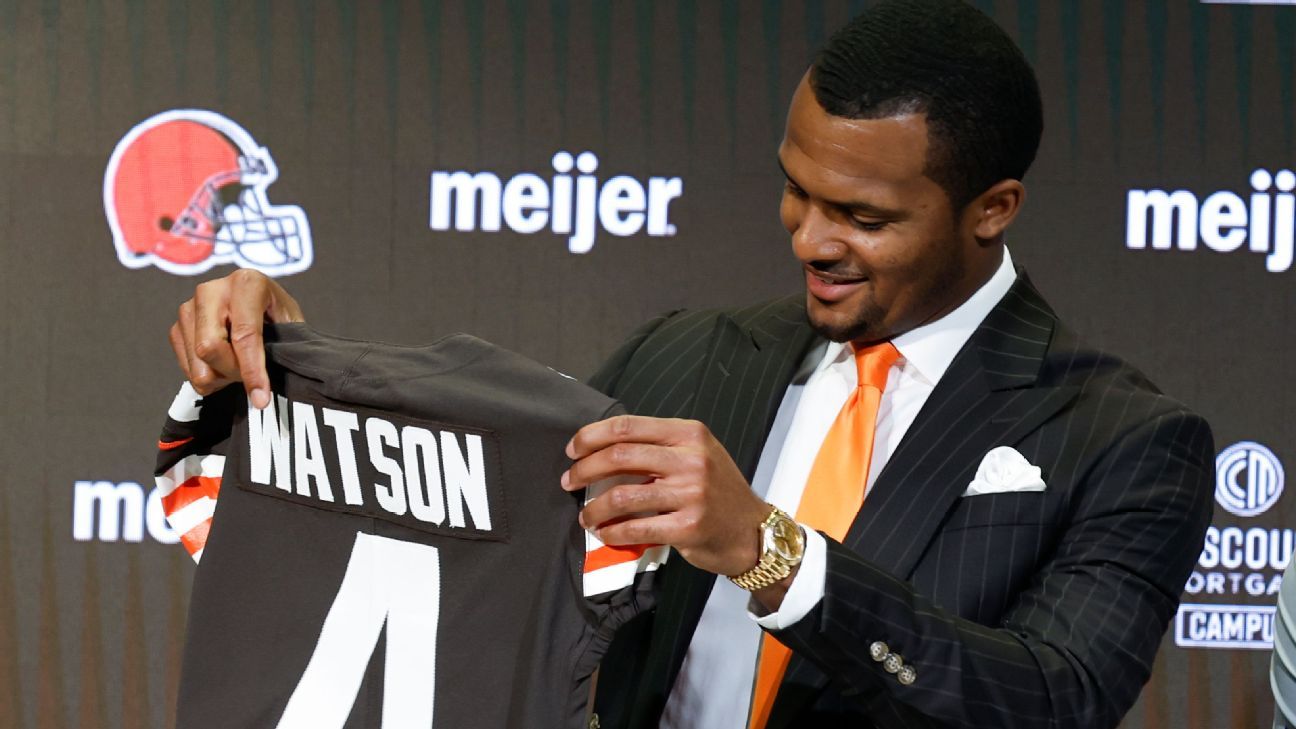 The NFL has been investigating Watson to determine if he violated its code of conduct policy. Watson is facing 22 civil lawsuits from women who have accused him of inappropriate sexual conduct during massage sessions. Two grand juries in Texas have declined to indict Watson on criminal charges, and Watson has denied all wrongdoing.

Watson, meanwhile, will be hosting several of his teammates in the Bahamas this weekend to work out and bond before the start of the team’s organized team activities, another source confirmed to ESPN.

CBS Sports first reported the details of the NFL meeting and Bahamas trip.

Watson signed a $230 million fully guaranteed contract with the Browns earlier this offseason after the team acquired him in a trade with the Houston Texans.

It’s unclear how many teammates will be traveling with Watson to the Bahamas, but one source said it would largely be his “offensive weapons.”

The Browns are set to begin OTAs on May 24.