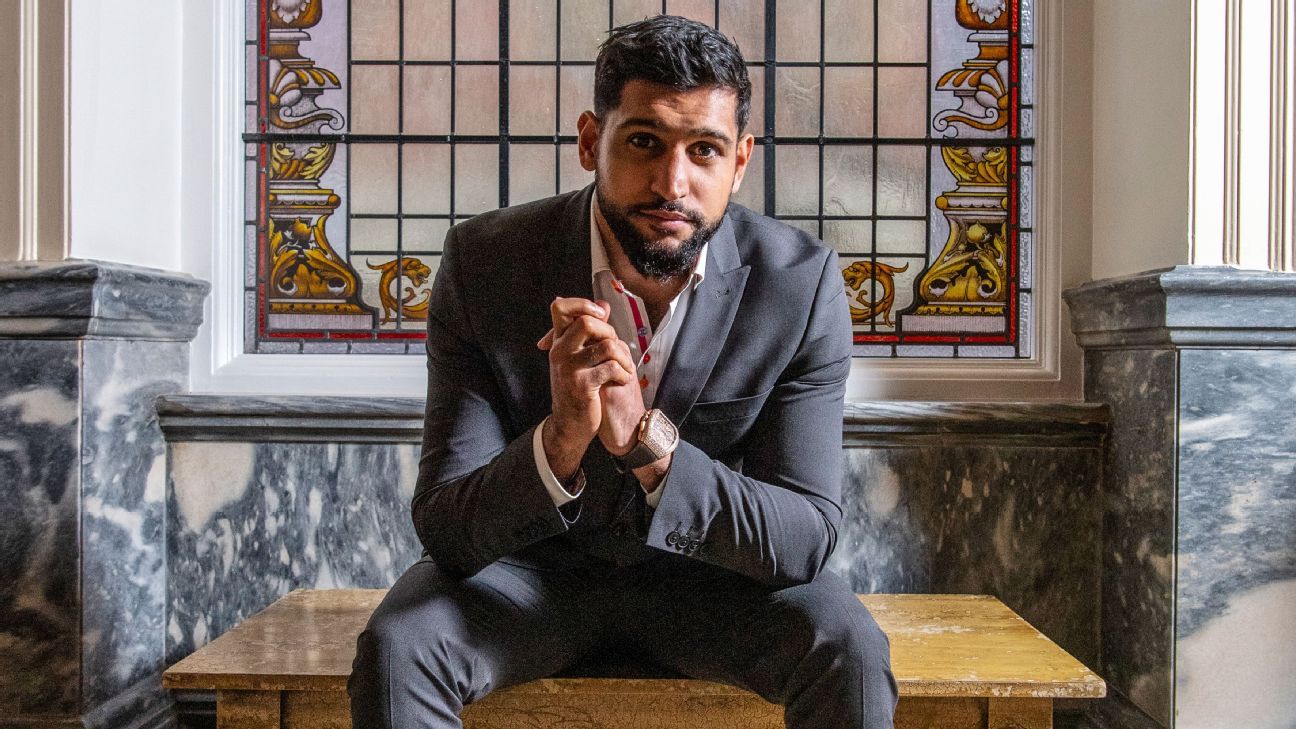 Amir Khan’s announcement of his retirement aged 35 was both inevitable and a relief, delivered at the right time after a career as one of the most well-known boxers from the United Kingdom in recent history.

The former unified world junior welterweight, who fought some of the best boxers in his era, has suffered three emphatic stoppage defeats in his last six fights and a sixth-round stoppage loss to English rival Kell Brook which became painful to watch in February.

– Ex-champ Kell Brook had nothing more to fight for

Such an unequivocal end to a long-awaited clash with Brook left Khan (34-6, 21 KOs) a long way from the welterweight elite, and his days as a world champion are more than a decade ago.

After losing to Brook, who was too strong and powerful, in front of a capacity crowd of 20,000 at the Manchester Arena, Khan said: “I always said I will retire from boxing, boxing won’t retire me, and too much punishment can be harmful for the future. I want to be able to enjoy the pay cheques.

“I’ve had a great career, got knocked down, got back up. I did more than I ever expected. I want to spend time with my family and kids.”

Khan will be remembered in the ring for his thrilling, fast-handed attacking style; a five-defence reign as world junior welterweight champion from 2009 to 2011; a thrilling win against Marcos Maidana in 2010; a controversial points defeat to Lamont Peterson in 2011; a shocking KO loss to Breidis Prescott in 2008; big fights (and stoppage losses) to Saul ‘Canelo’ Alvarez and Terence Crawford, and one last attention-grabbing fight with Brook.

Khan told ESPN in February before facing Brook: “Financially I don’t need to fight on because I’ve achieved what I want in the sport.”

Facing Brook was the only fight remaining for Khan, and the fight illustrated that Khan was still a big draw, just as he was when he turned professional 17 years ago.

But retiring now ensures Khan is not remembered for unwisely over-staying his time as a prizefighter. Even until the end in fleeting moments against Brook, Khan’s blurring handspeed was still as fast as ever.

That quality, along with Khan’s courage, defined his outstanding career that began when he was thrust into the limelight aged 17 as Great Britain’s only boxing representative at the 2004 Olympics. Against all the odds, the teenager was only denied by Cuban legend Mario Kindelan, and he left Athens with a silver medal to embark on a professional career.

Khan was always an exciting come-forward boxer, whose speed helped him blast his way to a world title shot in 2009. But there were plenty of thrills and spills along the way and in 2008 he was wiped out 54 seconds by an unknown Prescott. Khan, as he always did, faced up to the press in the immediate aftermath of his first professional defeat and then made an important decision. He sacked Cuban coach Jorge Rubio after one fight and started the search for a new cornerman.

Khan travelled to America to meet with top trainers and after a series of meetings decided to hire Freddie Roach, whose gym was based in Los Angeles. When he faced Ukrainian Andreas Kotelnik for the WBA junior welterweight title in 2009, Khan boxed in a more controlled manner and utilised his fast hands and quick footwork to stay out of trouble rather than standing to trade toe-to-toe with opponents. Khan boxed his way to a landslide points win over Kotelnik — and after one defence left promoter Frank Warren to join U.S.-based Golden Boy. It was a turning point in Khan’s career and he boxed mostly in the U.S. for the last ten years.

Khan boosted his worldwide fanbase with a thrilling contest against Maidana in Las Vegas in December 2010. For 12 rounds, they went to war, and when it was over, Khan not only earned a unanimous decision victory, but the bout was voted 2010 Fight of The Year by the Boxing Writers Association of America.

Khan won the IBF belt to become a unified champion in 2011 with a fifth round KO of Zab Judah in Las Vegas, but he lost the belts controversially in a split decision defeat to Lamont Peterson in his next fight that year in the American’s home city of Washington DC. Peterson, the mandatory challenger, later tested positive for synthetic testosterone, a performance enhancing drug, and was stripped of the WBA belt. Khan also complained the bout was poorly officiated and there were scorecard discrepancies.

Khan’s career seemed to be unravelling when the Briton’s punch resistance (which dogged him from his early days as a professional), betrayed him in his next fight in 2012, shortly before the start of the London 2012 Olympics, when he was knocked out in four rounds by Danny Garcia.

He decided it was time for a new approach and swapped trainer Roach for his fellow American Virgil Hunter.

It was a successful partnership and culminated in Khan landing a megafight against Saul ‘Canelo’ Alvarez in 2016, the biggest fight of his career. Just as Brook did the same that year, Khan jumped up two weight classes to challenge Canelo and was acquitting himself admirably until he was caught by a big shot from the Mexican.

Khan always chased the big fights, but he missed out on facing Floyd Mayweather Jr. and Manny Pacquiao, his training partner while he was with Roach.

There were other big nights against Crawford, the world’s best welterweight, and Brook, his long-time rival, when Khan was found wanting, but he never ducked a challenge.

Away from the ring, Khan maintained a high-profile from the moment he burst onto the boxing scene as a teenager.

During a time of fear of terrorism in the United Kingdom after the 2005 London bombings, Khan handled questions about racial tension impeccably. Even on his professional debut aged 18 and just a few days after the 7/7 London bombings in 2005, there was a bomb scare and evacuation of the indoor venue in Bolton. Over 4 million viewers in the UK saw Khan’s professional debut and he had to develop under the spotlight before his first world title attempt.

In 2010, Khan needed armed guards to protect him on a visit to Pakistan, where both of his parents were from. Khan, then 24, visited Pakistan to help aid workers in the flood disaster area and raise money for victims. He was accompanied by an armed convoy due to the threat of kidnap or terrorists when he visited the areas hit by floods.

Khan also made appearances on reality television shows in the UK, which helped make him one of the UK’s most well-known boxers in the last 20 years and grow the sport’s popularity beyond the hardcore.

He will now devote more time to his admirable work with charities while also remaining in boxing through management and promotion, after deciding to retire less than a week after Brook.

MLB Power Rankings: Which red-hot teams are making the case for a top spot?
What to watch in Sunday’s NHL Game 7s: X factors, predictions
Astros acquire utilityman Dubón from Giants
Five questions: Would you like to see Floyd Mayweather and Manny Pacquiao back in the ring?
Sources: Arsenal set to sign striker Marquinhos