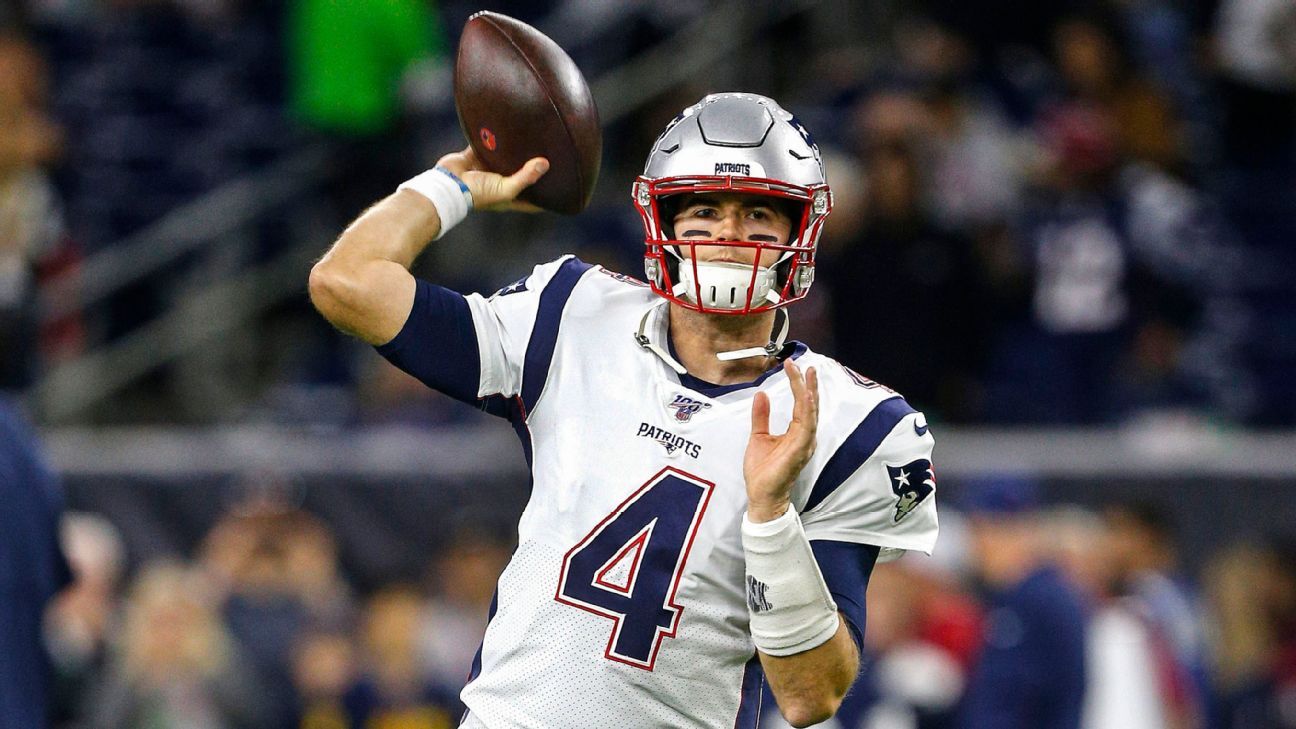 FOXBOROUGH, Mass. — The New England Patriots are finalizing a trade of backup quarterback Jarrett Stidham to the Las Vegas Raiders, a source confirmed to ESPN.

The teams will flip late-round draft picks in the deal, according to a source.

Stidham, who at one point was considered a top candidate to replace Tom Brady in New England in 2020, enters his fourth season in the NFL and will vie for a backup spot behind starter Derek Carr in Las Vegas. He joins Nick Mullens and Garrett Gilbert in a competition for that role.

As for Stidham’s time with the Patriots, it took several notable turns. The former Auburn star was selected in the fourth round of the 2019 draft and quickly ascended to the No. 2 role behind Brady in his rookie season.

Then when Brady departed for the Tampa Bay Buccaneers in free agency in 2020, Stidham seemed primed to elevate to the starting role before New England signed veteran Cam Newton in the weeks leading up to training camp. Newton quickly earned the No. 1 job, and veteran Brian Hoyer also beat out Stidham for the top backup spot.

Stidham has appeared in eight games over his three NFL seasons, all as a reserve. He has completed 48 of 124 passes for 270 yards, with two touchdowns and four interceptions.

He has one year remaining on his contract and is scheduled to earn a base salary of $965,000. The Patriots have been tight to the salary cap, and trading Stidham provides some short-term relief.

Rakic tore ACL in Fight Night loss to Blachowicz
World titles, and a long-standing legacy: Amir Khan retires from boxing
‘It’s a pretty big fall’: How everything changed for Phil Mickelson in just one year
U.S. 2031 RWC hosts consider expansion
Five questions: Would you like to see Floyd Mayweather and Manny Pacquiao back in the ring?