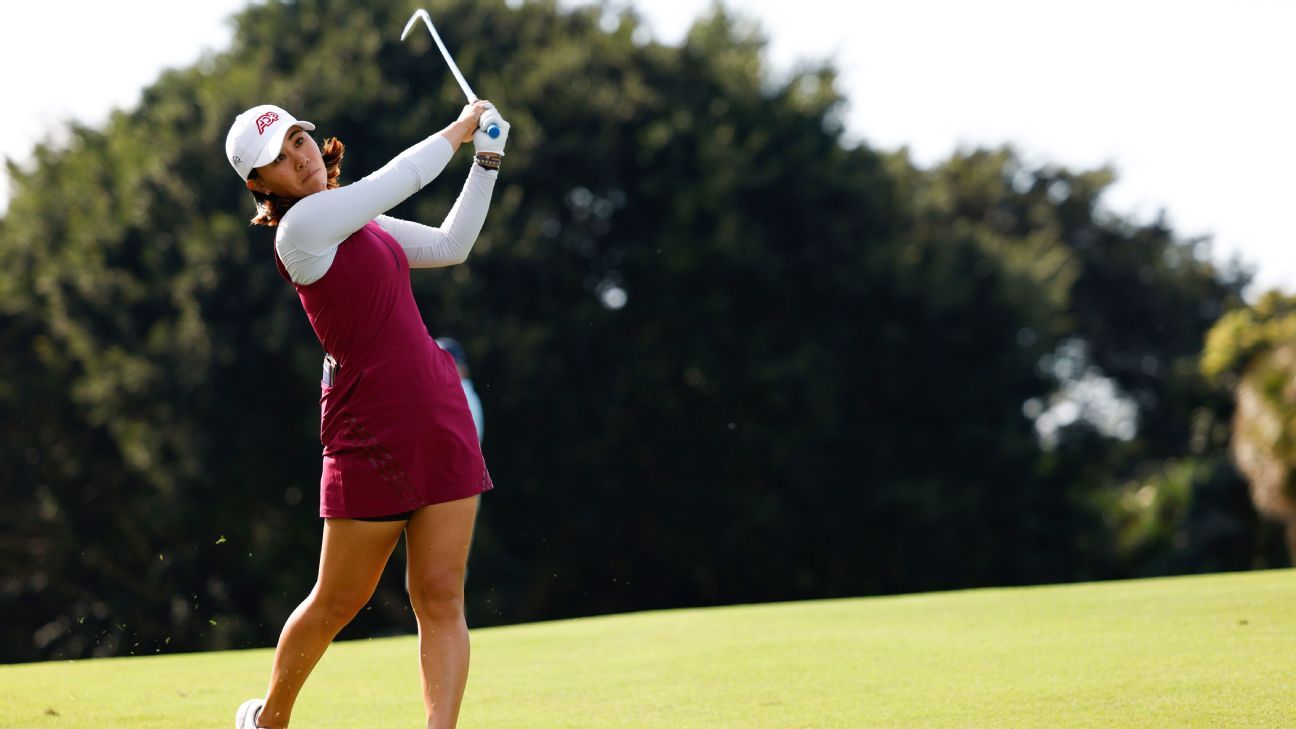 BOCA RATON, Fla. — A week and a half into the 2022 LPGA Tour season, Danielle Kang has a new home. She has taken up residence at the top of the leaderboard with no indication of leaving.

A winner in the season opener in Orlando, Florida, last week, Kang birdied her final two holes Friday for a 4-under 68 to catch good friend Lydia Ko (70) in the Gainbridge LPGA at Boca Rio.

Kang said she considers Ko to be her little sister. The two stand at 11-under 133 at the tournament’s midway point, 4 shots clear of U.S. Women’s Open champion Yuka Saso (70) and England’s Jodi Ewart Shadoff (69).

Conditions were cooler, windier and tougher than they had been a day earlier in the LPGA’s first full-field event of the season. Ko, at 24 already a 16-time winner on the tour, considered her day to be a grind from start to finish. The rhythm to it was far different than a day earlier, when Ko had made nine birdies in an opening 63, 1 shot off the tournament record.

“I don’t think I was as sharp as yesterday,” said Ko, No. 3 in the women’s world ranking. “Having some longer irons into the green definitely makes it a lot harder, where yesterday I felt like I hit a lot of mid-irons.”

Kang, the 29-year-old American whose victory at the Tournament of Champions on Sunday was her sixth on tour, started on the 10th hole in the afternoon and was muddling along at 2 under through 16 holes, not making much happen. She’d missed a couple of short-range putts on the back nine but did her best to keep a positive mindset.

Standing in the fairway at the par-5 eighth hole, her 17th of the day, she had a novel idea: Let’s get to double digits under par. That would mean a birdie-birdie finish, so that’s what she produced.

Kang worked hard on her wedge play in the offseason, and she spun a wedge to 7 feet to set up birdie at the eighth. She then closed with a 7-iron to 10 feet to add one more birdie before calling it an afternoon.

She has started 2022 with six consecutive rounds in the 60s. Friday, only Celine Boutier of France with a 67 shot lower.

Until breaking through at Lake Nona last week, Kang had gone 17 months without winning. Perhaps it is a good omen that the last time she had won, in the summer of 2020 when the LPGA returned to play from the COVID-19 pandemic, she won back-to-back in Ohio.

The stage is set perfectly to do that again. Not that she would let herself get so far ahead to begin thinking about Sunday in Boca.

“It’s not just about today or tomorrow or this week or last week,” Kang said. “It’s kind of being able to keep the consistency up, and working on what I need to work on to get to where I want to get to. It’s going to take some time, but I’m proud that I’m executing and working on the things correctly and kind of trusting what I’m doing. That’s hard to do a lot of times.”

Ko struggled last week on the greens at Lake Nona, which happens to be her home course. So she stuck a new putter in the bag for the three-hour drive south to Boca Raton. So far, so good. The name of the putter is a Ping Ketsch. Ko joked that it has been catching fire.

On the 14th hole, a long par 4 at which par is perfectly acceptable, Ko ran a 33-foot putt up the hill, her ball crashing into the back of the hole for birdie. She almost seemed embarrassed that it fell, but those are the things that happen when a player is on a run.

She joked to fellow competitor Lexi Thompson that the “smash factor” — which typically measures force on a drive — was higher on her putt than on her tee shot.

World Golf Hall of Fame member Karrie Webb, 47, making her first LPGA start since November 2020, shot 71 and made the cut, earning a tee time on the weekend. Those at 1-over 145 or better made it to weekend play. Nelly Korda, the No. 1 player in women’s golf, had a 72 and was at 4-under 140, 7 shots behind the leaders.

For a second consecutive weekend, temperatures are expected to cool to as low as the 40s on Saturday — and colder on Sunday.

Ko sent her mother out Thursday night to buy some handwarmers in preparation for the weather that loomed ahead, but the local supermarket was out of them.