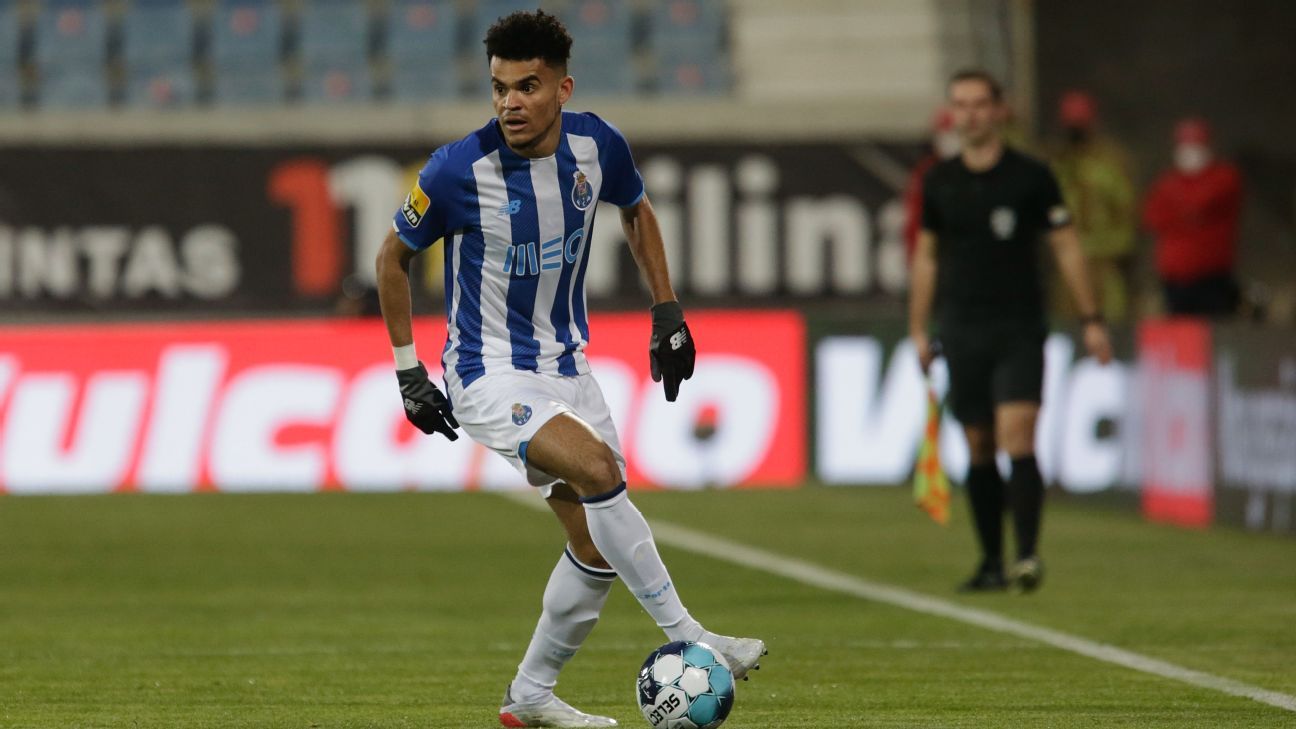 Liverpool are attempting to beat Tottenham and Manchester United to the £37 million signing of Porto winger Luis Diaz after abandoning plans to wait until the summer to sign the Colombia international, sources have told ESPN.

Diaz, who is in South America preparing for Friday’s World Cup qualifier against Peru in Barranquilla, had been Jurgen Klopp’s No. 1 target for the summer transfer window, with sources telling ESPN that Liverpool had been prepared to pay Porto’s £50m valuation of the 25-year-old.

But with the Portuguese club now ready to offload the player before Monday’s transfer deadline at a reduced fee of £37m plus an additional £12.5m in performance-related instalments, Spurs had appeared set to sign him after opening talks with Porto and Diaz this week.

Sources have said that Liverpool had been aware of rival interest from United over a move for Diaz this summer, but Tottenham’s emergence this month has prompted the Anfield hierarchy to bring forward their plans to sign the player.

While Liverpool are now the front-runners to sign Diaz, who has won 31 caps for Colombia, sources have told ESPN that there are complications which could yet scupper hopes of a deal being done by the 11 p.m. GMT (5 p.m. ET) deadline on Monday.

Colombia are due to play Argentina in Cordoba on Tuesday, so sources have told ESPN that Liverpool face the logistical challenge of arranging a medical for Diaz, as well as agreeing terms and striking a deal with Porto.

Liverpool are sending a team to South America on Friday in an effort to expedite the paperwork of the transfer, with preparatory work already done by Julian Ward, who is stepping up to replace Michael Edwards as sporting director at Anfield this summer.

Sources have told ESPN, though, that any deal could still take up to 72 hours to complete because of the complications of Diaz being away on international duty for crucial World Cup qualifiers.

Spurs were preparing an improved offer close to the fee Liverpool have agreed with Porto but the player’s apparent preference for a move to Anfield leaves them facing up to the possibility of missing out on another January target.

Tottenham were also in talks with Wolves over signing Adama Traore but the clubs were unable to agree a fee and Barcelona moved in with an offer which is now expected to take Traore to Camp Nou.

Information from ESPN FC correspondent James Olley was used in this report.