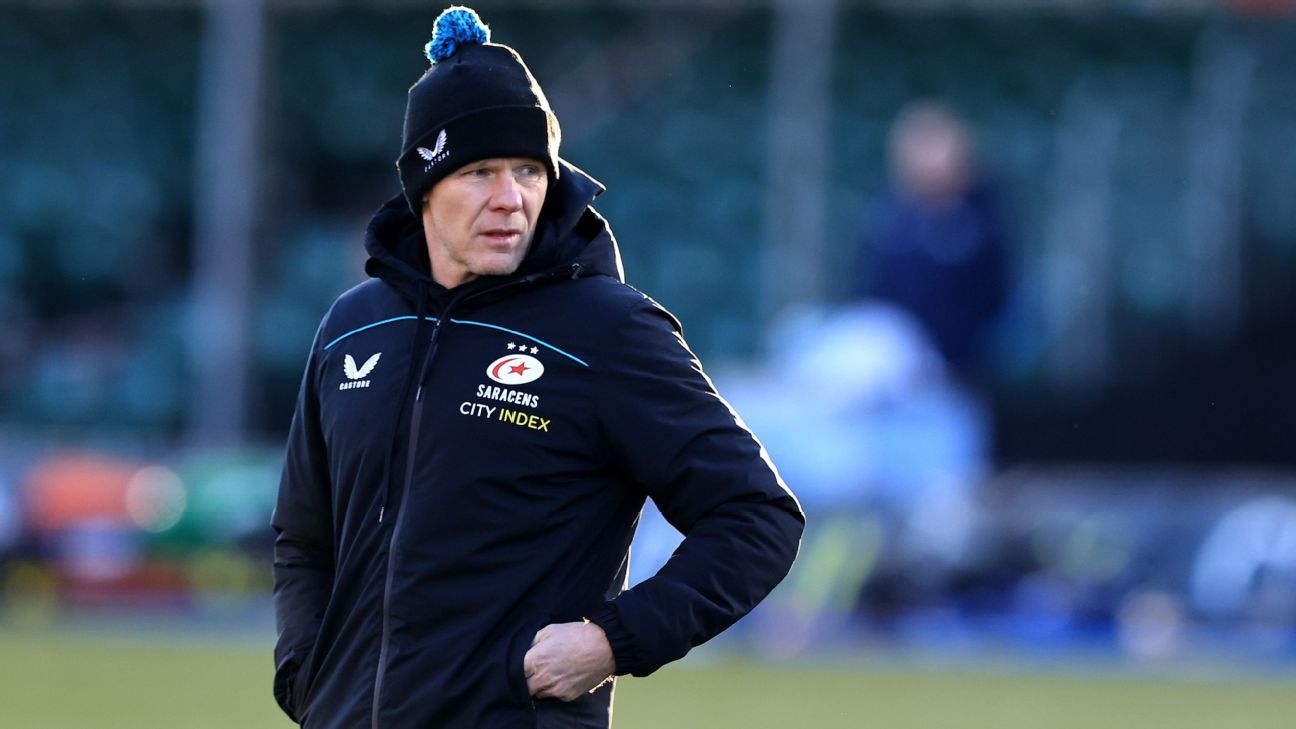 Saracens director of rugby Mark McCall will take “a short break due to medical reasons,” the Premiership Rugby side said on Friday.

McCall, who took on the role during the 2010-11 season, has led Saracens to five Premiership titles and three European Champions Cups during his tenure.

“People will always come first at our club and Mark will be given all of the support and time he needs,” Saracens said in a statement.

“Meanwhile we would ask that everyone respects Mark’s privacy. Mark is obviously more than confident in the coaching team he has worked with for many years to temporarily take the reins.”

Saracens are second in the Premiership standings with 12 games played, and next face Wasps on Jan. 30.

Biggest takeaways from the Deshaun Watson suspension ruling: What it means, why it was six games and how the NFL won
Phillies release Gregorius as INF Segura returns
CWG 2022 India Women vs Barbados Women LIVE Score: India Face Barbados In A Do Or Die Clash
Liverpool rescue a point at Fulham, but could be left playing catch-up
Who will be the No. 1 pick in the 2023 NFL draft? We predicted chances for 11 top prospects and long shots