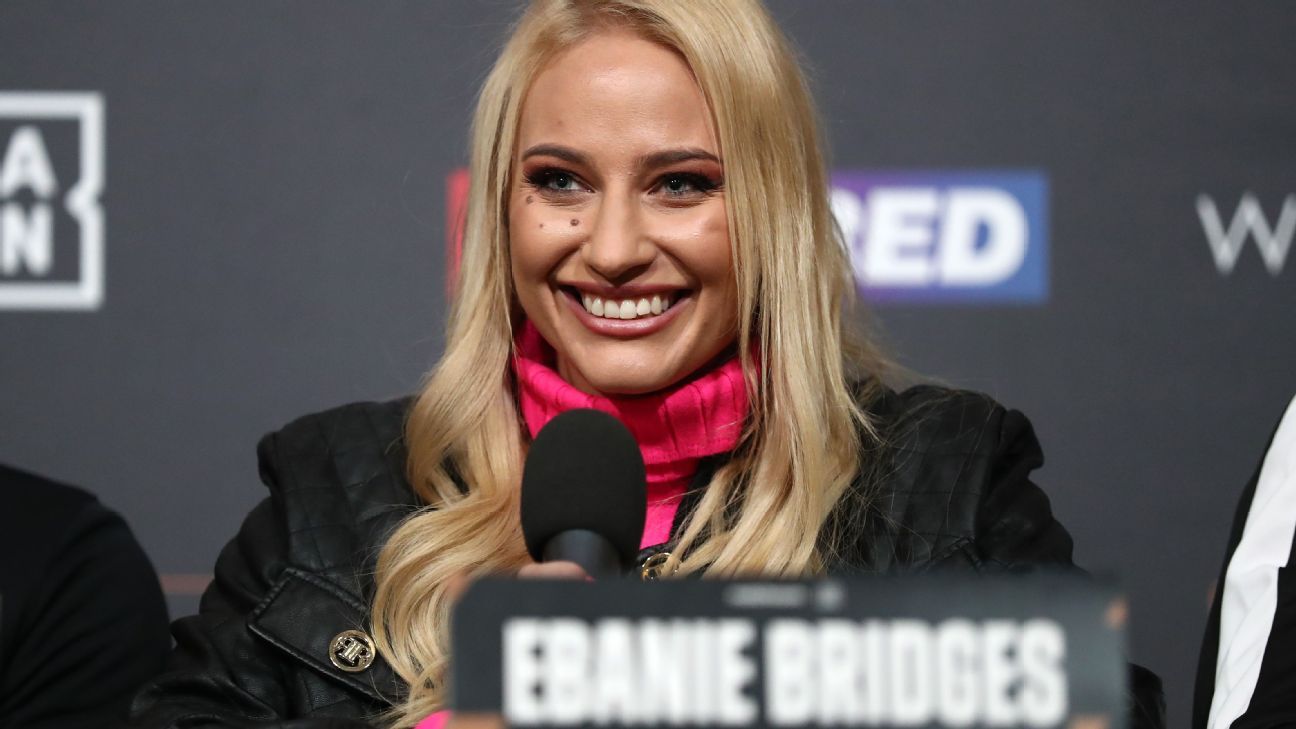 Bantamweight Ebanie Bridges is getting her second shot at a world title in the span of a year.

Roman, 39, has held the IBF title since 2017, when she defeated Carolina Raquel Duer. Since then, she has defended her title seven times. She did have a no-contest fight in that span and also did lose a majority decision to Melissa Oddessa Parker, but that was not at her typical bantamweight class, so she didn’t lose her belt.

Roman (16-5-1) last fought on Nov. 26, winning a unanimous decision over Daniela Barbara Rivero. This will be the first time Roman fights outside of South America and only her second time as a pro fighting outside of her native Argentina.

Bridges (7-1, 3 KO) fought four times in 2021, including a unanimous decision loss to Shannon Courtenay for the WBA bantamweight title last April. Since then, she knocked out Bec Connolly in August and defeated Mailys Gangloff in September.

The loss to Courtenay was the only defeat of her career, but Roman will be the most experienced fighter Bridges will have faced.

It will be a busy first quarter of 2022 for the bantamweight division, as Jamie Mitchell, who beat Courtenay last year for the WBA belt, will defend her title Feb. 5 against Carly Skelly.