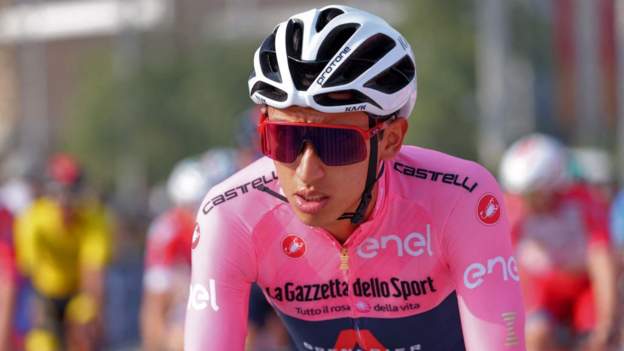 The 25-year-old had spinal surgery and other procedures after he sustained back, leg, knee and chest injuries.

“Having had a 95% chance of becoming a paraplegic and nearly losing my life doing what I love to do most, today I want to thank God,” said Bernal.

In a post on social media, he also thanked the hospital where he is being treated and “all the specialists for doing the impossible, my family, and all of you for your wishes.

“I’m still in the ICU waiting for more surgeries but trusting in God everything will be fine.”

Bernal, who became the first Colombian to win the Tour de France in 2019, hit a stationary bus at high speed while riding on his time trial bike.

“Egan Bernal Gomez has continued with the expected recovery and with a favourable trend,” said a hospital statement.

“Egan continues with his rehabilitation plan, he has not shown signs of infection, he is also in good spirits.

“Tomorrow he will have two surgeries, which are secondary procedures that are not life-threatening.”

Kurt Busch to miss 4th race: ‘Clear I’m not ready’
Sources: Thiago out for up to six weeks
Bantamweight breakdown: What Vera, Cruz, Aldo, O’Malley and others need in order to get a title shot
Haddad Maia def. top-ranked Swiatek in Toronto
Judge rejects LIV trio’s bid to play in FedEx Cup