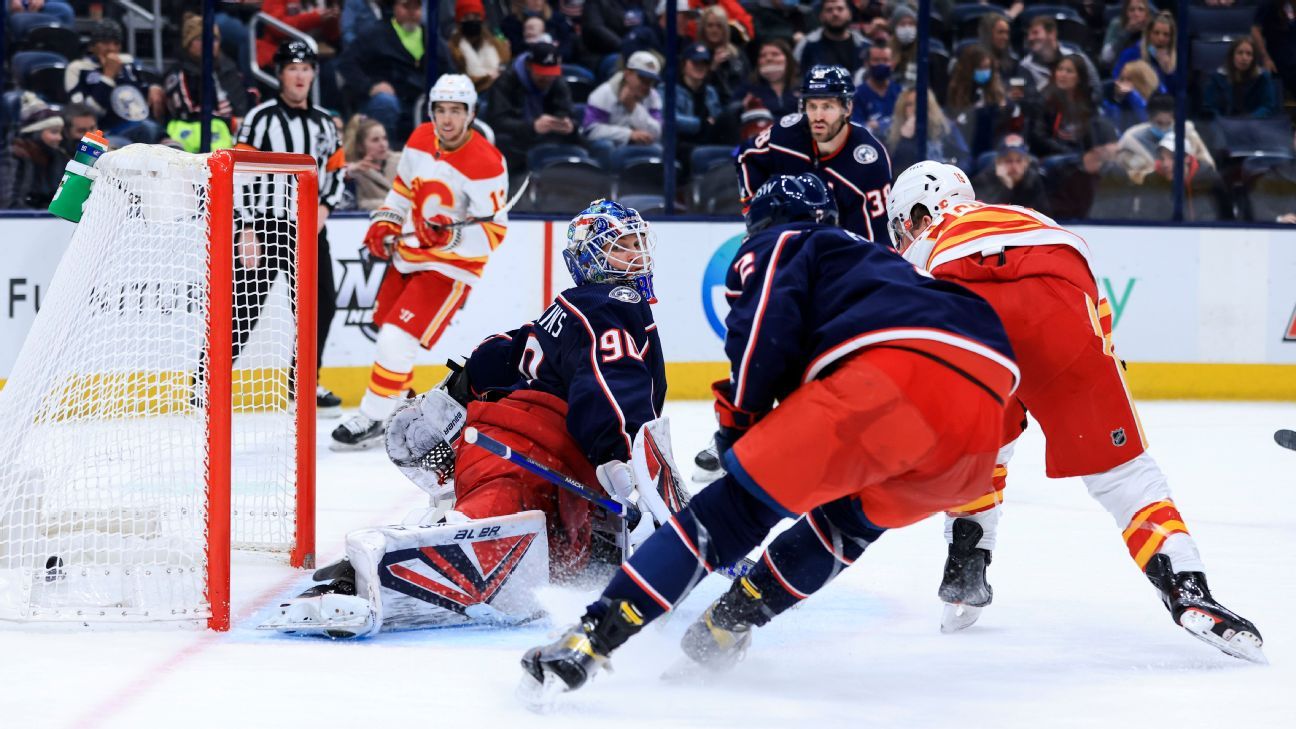 It was the most shots taken by a visiting team in a regular-season game since the NHL started tracking shots on goal in 1955-56, according to STATS.

Jacob Markstrom made 23 saves for his 13th career shutout, sending the Blue Jackets to their third straight loss and fourth in a row at home. Calgary bombarded Columbus goalie Elvis Merzlikins, who stopped 56 shots.

Markstrom is undefeated in four starts against Columbus, and the Flames have won the last five matchups between the teams.

“You don’t have to dissect this,” Blue Jackets coach Brad Larsen said. “They were the better team. They had the puck all night. We were not nearly good enough.

Backlund got the scoring started at 4:21 of the first period, beating Merzlikins stick side for his fourth goal of the season and first since Nov. 21.

Mangiapane made it 2-0 at 15:14 with a deflection that stood after a replay challenge for a high stick. It was his 19th of the season, 18 of which have come on the road.

Tkachuk’s shot with 5.2 seconds left in the second put Calgary up 3-0.

“They scored some highlight goals for sure,” Flames coach Darryl Sutter said. “Johnny was full control of the puck when Matthew was going to the net, and when you look, that’s a big goal that he scores. That gives you such an advantage, and that’s a slick play that he scores on.”

Columbus failed to get a shot on goal in the second until 8:50 remained in the period. Merzlikins faced 39 shots through two.

Calgary made it 4-0 just 30 seconds into the third when Lindholm converted Gaudreau’s rebound.

Gaudreau extended his point streak to six games and leads the Flames with 35 assists to go with 16 goals.

A. Pettis broke bones in both hands in PFL bout
Real Madrid down Frankfurt to win Super Cup
Triplett edges ahead at Shaw Charity Classic
Lawyer: Bryant crash photos shared ‘for a laugh’
McVay announces he signed extension with Rams