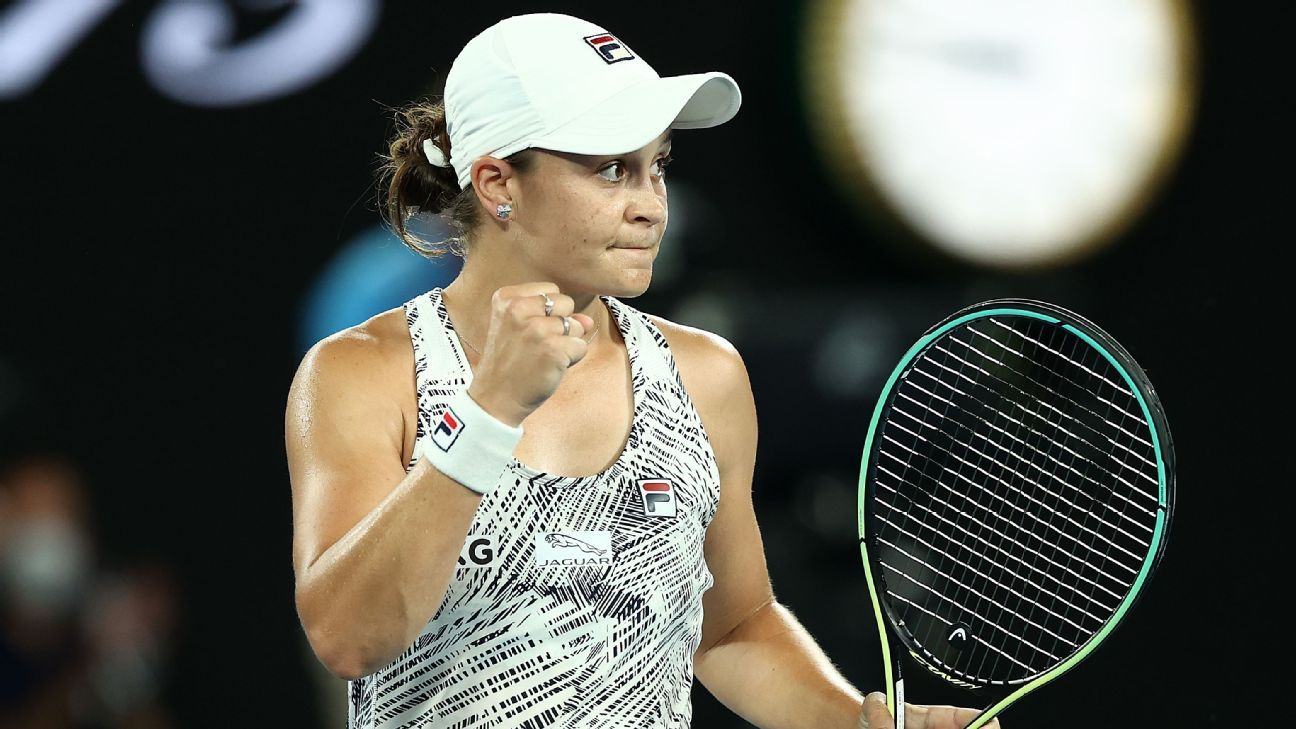 She still has one to go.

Barty is the first Australian woman to reach the singles final of her home Grand Slam tournament since Wendy Turnbull in 1980. No Australian has won the title since Chris O’Neil in 1978.

The top-ranked Barty conceded only 17 games on her way to the semifinals and continued her strong form by beating Keys, the 2017 U.S. Open runner-up.

Barty hit 20 winners to only eight for Keys. She converted four of her six break-point opportunities, and saved the only two break points she faced on her serve. In six matches so far a the tournament, she has dropped one service game.

Barty has won major titles on grass at Wimbledon and on clay at the French Open, and is one win away from adding another on a hard court.

“As an Aussie, we’re exceptionally spoiled we get to play in our own back yard. Now we have a chance to play for a title. It’s unreal.”

While Barty is potentially one win away from giving the host nation a title, there’s a guaranteed win in another competition.

Nick Kyrgios and Thanasi Kokkinakis, dubbed “Special K,” ensured an all-Australian men’s doubles final with 7-6 (4), 6-4 win over third-seeded Marcel Granollers and Horacio Zeballos in a nearly full Rod Laver Arena. Fans were allowed into the main stadium with grounds passes during the day session and didn’t need stadium tickets for the afternoon session.

Also on Day 11, Dylan Alcott’s farewell tournament ended with a loss in the wheelchair quad final to Sam Schroder of the Netherlands.

Alcott was named Australian of the Year at celebrations for the national day and attended a ceremony in the capital of Canberra between his win in the semifinals and the final.

After her win, Barty paid tribute to Alcott’s career.

“He’s inspired a nation,” said Barty, who watched the wheelchair quad final with her physiotherapist. “We were watching his match today (and) when he was saying his acceptance speech, we were crying. I couldn’t be more proud of him.”

Americans in Europe: Where the USMNT’s World Cup hopefuls are playing across the Atlantic
Refugee to role model: Ramla Ali is fighting to make an impact — and make history
Joe Joyce’s Usyk-Joshua breakdown: Power shots, quick feet and a shot at redemption
How to watch European soccer this season: Your guide to must-see games, teams, players
LIV Golf’s Reed files lawsuit, alleges defamation