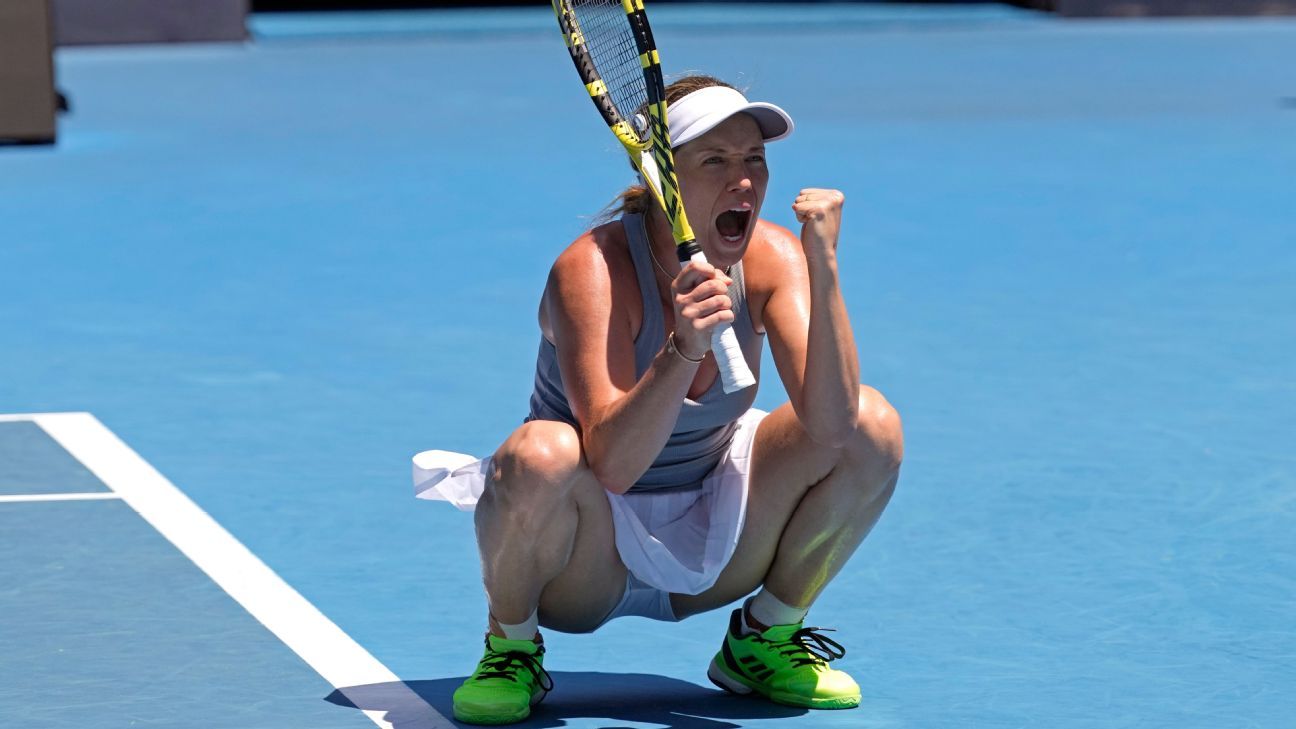 Collins swung the match in her favor with a key service break in the final game of the opening set on her way to a 7-5, 6-1 quarterfinal win over Alize Cornet on Wednesday.

The 28-year-old American equaled her best previous performance at Melbourne Park — she also advanced to the semifinals in 2019, her previous best Grand Slam tournament result.

Collins underwent surgery last year to treat endometriosis, with the condition leaving her in severe pain during tournaments in 2021.

“It feels incredible, especially after some of the health challenges I’ve had,” Collins said in her post-match interview. “To be able to get back to this level and be able to compete like the way I have been and being able to be as physical as I haven’t been so rewarding.”

Keys will play top-ranked Ash Barty in the other semifinal on Thursday.

The loss ended a strong run by Cornet, who played her first Grand Slam quarterfinal in her 63rd main-draw appearance. The French player had an upset victory over two-time major winner Simona Halep in the fourth round. The WTA says that Cornet should return to the top 50 in the rankings due to her performance here.

Collins will play the winner of the following quarterfinal on Rod Laver Arena between former French Open champion Iga Swiatek and Kaia Kanepi.