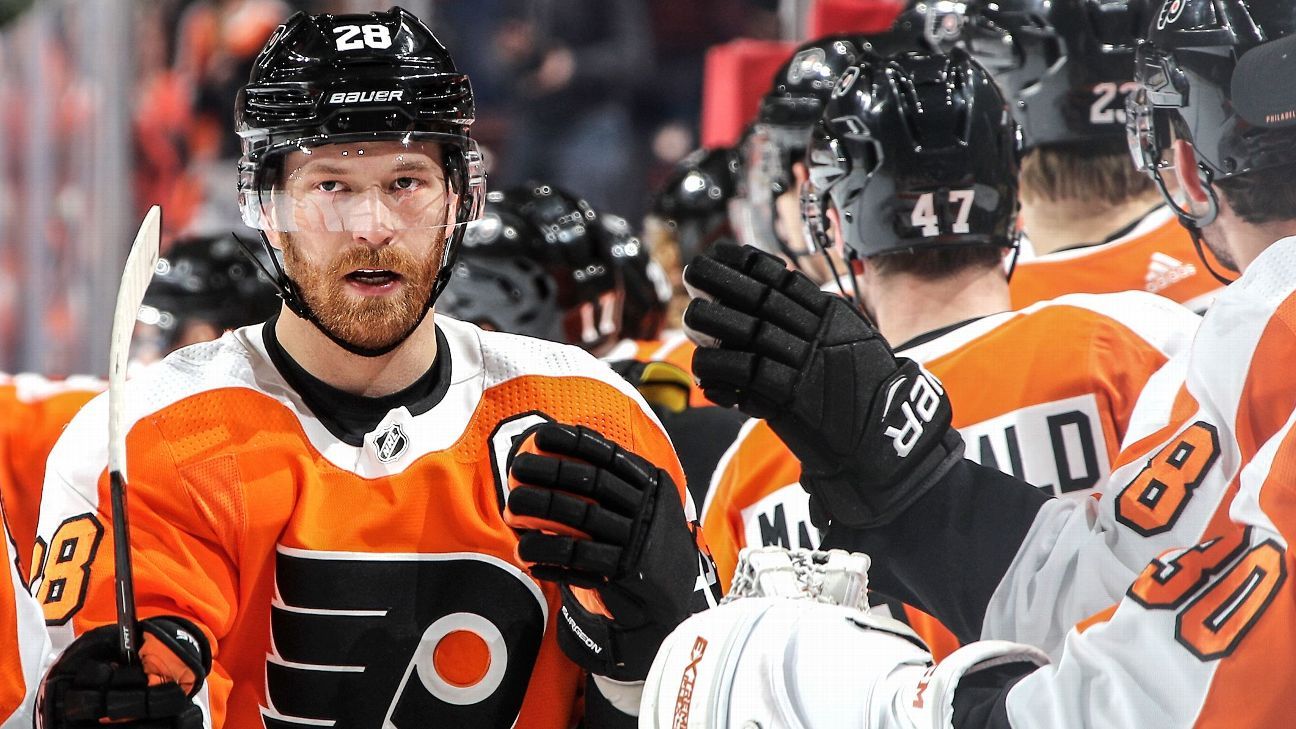 Philadelphia Flyers‘ captain Claude Giroux won’t be going anywhere — unless he wants to.

The club’s general manager, Chuck Fletcher, made clear in his midseason media availability Wednesday that Giroux, a pending unrestricted free agent, will be moved ahead of the NHL’s March trade deadline only if Giroux himself chooses to be.

Giroux is in the final season of an eight-year contract he signed in 2013, carrying a cap hit of $8.275 million. The Flyers have hit the midway point 16 points back of a playoff spot, in a season that has become increasingly bleak. Philadelphia ownership — represented by Comcast CEO Dave Scott — pledged on Wednesday to give Fletcher a “blank check” to try to fix the team’s many problems, but Giroux may well rather grab an opportunity to chase playoff success somewhere else.

During the NHL’s upcoming All-Star break in early February, Giroux will meet with his agent, Pat Brisson, to discuss the 34-year-old player’s options.

Philadelphia is the only NHL team Giroux has known. He was drafted 22nd overall by the Flyers in 2006 and has racked up 288 goals and 892 points in 983 games to date. Only Bobby Clarke has appeared in more games or scored more points than Giroux in team history.

Even through this challenging year, Giroux has remained productive and is leading the Flyers with 15 goals and 34 points in 40 games.

Regardless of what Giroux decides, his legacy in Philadelphia is already solid.

“Claude is one of the best Flyers to ever play,” Fletcher said. “He’s our captain, he’s been our best player this year. Nobody cares more about the Flyers than he does. I think we have to recognize what we’re dealing with here. He’s a franchise icon; his jersey is going to be in the rafters. To me, he’s a Hall of Fame player.”

While Giroux ruminates on what’s next, Flyers management is focused on the present.

Despite Philadelphia’s woeful underachievement so far, Scott maintained that Fletcher is “the guy” to pull them out of this tailspin. The team is on a 13-game winless streak dating back to Dec. 30, and although injuries and COVID-related illnesses have played a role in those struggles, Fletcher wasn’t willing to make excuses for his club.

At the same time, Fletcher acknowledged that Sean Couturier and Ryan Ellis might have to undergo season-ending surgeries, and his message to the Flyers’ medical staff was to “get these guys right for next year.”

How the coming few weeks play out for Philadelphia will determine how hard — or not — Fletcher opts to go at the deadline.

“Everything is on the table,” he said. “We’re going to try and aggressively retool here. Right now, we’re really focused on trying to win some games. The math [to make the playoffs] is daunting. If that continues, we’ll look to do what we can at the trade deadline to improve this team going forward.”